“Trump Specializes In Showmanship Not Statecraft”: An Interview With Andrew Bacevich 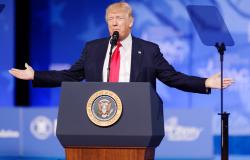 What are the founding principles of U.S. foreign policy? Was the U.S. ever isolationist as mainstream diplomatic history claims? And what about Donald Trump’s foreign policy? Is he a normal foreign policy president? Is he in favor of U.S. global expansion? Is China emerging as the new global empire? Andrew Bacevich, Professor Emeritus of International Relations and History at Boston University and now president of the Quincy Institute for Responsible Statecraft tackles the above questions in the interview below. A retired US army Colonel who fought in the Vietnam War an lost a son in the Iraq war, Bacevich is the author of numerous works on U.S. foreign policy, including among many others, Washington Rules: America’s Path to Permanent War (2010); The New American Militarism: How Americans Are Seduced by War (2005); Breach of Trust: How Americans Failed Their Soldiers and Their Country (2013; and of the forthcoming book The Age of Illusions: How America Squandered Its Cold War Victory.

C. J. Polychroniou: I would like to start by asking you to reflect on the founding principles of U.S. foreign policy, which many regard as “geopolitical isolationism” and “unilateralism,” and whether this is what the U.S. has practiced for most of its history.

Andrew Bacevich: The overarching theme of U.S. policy from the very founding of the Republic has been 1780s opportunistic expansionism. As far back as the 1780s, the Northwest Ordinances had made it clear that the United States had no intention of confining its reach to the territory encompassed within the boundaries of the original thirteen states.  While the U.S. encountered sporadic resistance during the course of its remarkable ascent, virtually all of it proved to be futile.  With the notable exception of the failed attempt to incorporate Canada into the Union during the War of 1812, expansionist efforts succeeded spectacularly and at a remarkably modest cost.  Already by mid-century, the United States stretched from sea to shining sea.

In 1899, the naturalist-historian-politician-sometime soldier and future president Theodore Roosevelt neatly summarized the events of the century just drawing to a close:  “Of course, our whole national history has been one of expansion.”  When TR uttered this rarely acknowledged truth, a fresh round of expansionism was underway, this time reaching beyond the fastness of North America into the surrounding seas and oceans.  Among Europeans, a profit motivated but racially justified imperialism was in full flower.  The United States was now joining in.  The year before, U.S. forces had invaded and occupied Cuba, Puerto Rico, Hawaii, Guam, and the island of Luzon across the Pacific.  Within two years, the United States had annexed the entire Philippine Archipelago.  Within four years, with Roosevelt now in the White House, U.S. troops arrived to garrison the Isthmus of Panama where the United States, subsequent to considerable chicanery, was setting out to build a canal.  Soon thereafter, to preempt any threats to that canal, successive administrations embarked upon a series of interventions throughout the Caribbean.  Roosevelt, William Howard Taft, and Woodrow Wilson had no desire to annex Nicaragua, Haiti, and the Dominican Republic, they merely wanted the United States to control what happened in those small countries, as it already did in nearby Cuba.  While President Trump’s recent bid to purchase Greenland from Denmark may have has failed, Wilson – perhaps demonstrating greater skill in the art of the deal – did persuade the Danes in 1917 to part with the Virgin Islands for the bargain price of $25 million.

The U.S. preference for operating unilaterally and its determination to avoid getting entangled in European power politics during this period is of much less significance than narrative of expansion, as Americans persistently sought more — more territory, more markets, more abundance.

In 2016, Donald Trump called U.S. foreign policy a “complete and total disaster.” Firstly, was he wrong in saying so? And, secondly, has he shown so far to be a normal foreign policy president?

Taking the long view, U.S. foreign policy has been remarkably effective.  By 1945, the United States was the richest and most powerful nation on the planet.  That achievement testifies to the shrewdness of American statesmen, who knew how to seize an opportunity when it presented itself.

After 1945 we have a different story.  During the Cold War, U.S. policymakers were guilty of making very costly mistakes, with the Vietnam War leading the pack.  But where things really went wrong was after 9/11.  That’s where Trump’s critique has merit.  Over the past two decades, successive administrations have engaged in unnecessary wars that have depleted American power and reduced our standing in the world.

Does Donald Trump have a consistent foreign policy? Is there such a thing as a Trump Doctrine?

No, he does not.  Understand that the very notion of principles is alien to Trump’s make-up.  He is, therefore, incapable acting in a consistent fashion pursuant to some larger sense of purpose.  So he makes things up as he goes along.  He specializes in showmanship not statecraft.

Trump has said repeatedly that he is not in favor of wars, yet he is clearly a militarist and the military budget continues to receive large yearly increases (the United States spends more than twice as much on its military as China and Russia combined), although, as you have pointed out before, the US has yet to win its first war in the twentieth-first century.  Can you shed some light into what’s going on here?

I wouldn’t call him a militarist.  Again, militarists actually believe something. They fancy that through war, a nation can fulfill its destiny and a people can purify themselves while cultivating an identifiable set of virtues.  Trump believes no such things.

Trump has gone so far as to question the loyalty of U.S. Jews, while Israeli PM Netanyahu has kept quiet. What’s behind Trump’s unequivocal support for Israel?

Who knows?  My guess is that he assumes that the devotion of American Jews and of conservative Christian evangelicals equals or even surpasses their loyalty to the United States.  So full-throated support for Israel may win him votes when he runs to re-election.  This much is for certain:  The actual interests of the United States figure only minimally in shaping Trump’s policies toward Israel.  The same can be said regarding his policies toward Saudi Arabia, by the way.

Trump has just announced the establishment of a U.S. space command. Is space command key to U.S. defense, or will it lead inevitably to the militarization of space and to a new arms race?

The militarization of space has already occurred and is likely to continue.

One final question. Is China in the process of building its own empire?

The answer depends on your definition of empire.  China doesn’t seek to acquire colonies.  So it won’t be an empire on the British model.  But it clearly intends to exercise indirect influence on a global scale — hence, its massive involvement in development projects in places far from China proper.  It appears to be creating an informal empire.

C. J. Polychroniou is a political scientist/political economist who has taught at numerous universities in Europe and the United States and has also worked at various research centers. He holds a PhD in Political Science from the University of Delaware and is author/editor of several books, including Marxist Perspectives on Imperialism (1991), Perspectives and Issues in International Political Economy (1992), Socialism: Crisis and Renewal (1993), Discourse on Globalization and Democracy: Conversations With Leading Scholars of Our Time (in Greek, 2001) and hundreds of articles and essays, many of which have been translated into scores of foreign languages. His latest book is a collection of interviews with Noam Chomsky titled Optimism Over Despair: On Capitalism, Empire, and Social Change (Haymarket Books, 2017).

This first appeared in the Rozenburg Quarterly Magazine and was reposted with permission.