We Need a Flexible World Order 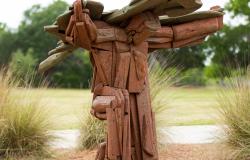 A geopolitical transition is underway. The post-1945 liberal world order is fracturing and failing to deliver on critical global public goods such as climate stability and international financial stability. The club of those with the power to make a difference on the world stage (for better or worse) is changing: it is less Western, has fewer common interests, and is more normatively diverse. The reaction from many voices in the West is defensive: we hear calls to hold the fort and defend the norms and institutions of the post-1945 order. That is foolish. Many countries across Africa, Latin America and Asia have not benefited equally from the current order. As Amitav Acharya points out, this global order was largely Western-dominated; managed by coercion; and has offered benefits selectively to likeminded and compliant countries. Western policymakers should invest in a more inclusive and flexible world order that better reflects current global political and economic realities.

A recent Foreign Affairs article suggests that in lieu of American leadership in upholding the liberal global order it spearheaded after 1945, its core allies should form a ‘Committee to Save the World Order.’ The proposed committee – consisting of France, Germany, Italy, the United Kingdom, the European Union (EU), Japan, South Korea, Australia, and Canada – would constitute the ‘G9.’ The piece argues that the liberal global order has “served [the US and its allies] and the world well for decades” and should be safeguarded.

Ironically, the authors of the aforementioned Foreign Affairs article denounce US President Trump’s preference for “competition over cooperation,” the G9 as they propose it will foster internal cooperation among their group, while pitting themselves against much of the world. This ‘club’ competition will at best increase discontent among countries disenfranchised by the current world order, and at worst will accelerate and escalate military competition and tensions between rival ‘clubs’.

Rather than such a regressionist and isolationist approach, Western policymakers should push for a new and inclusive world order. Specifically, the Bretton Woods Institutions should be reformed to reflect today’s global political and economic realities, and new global governance architectures lead by (re)emerging powers should not be snubbed.

First, if vestiges of the current global order are to be saved, the Bretton Woods Institutions (BWIs) – the World Bank and the International Monetary Fund - need to be reformed. The BWIs are worth saving: they offer cost-efficient development finance and hold decades’ worth of development know-how. Arguably, they have also contributed as much as other global governance institutions such as the United Nations and the World Trade Organization to global peace and prosperity.

Yet, the US and most of the ‘G9’ countries maintain disproportionate power in these organizations, allowing them undue policy influence over borrowing countries, typically developing states. Ideologically- (read: liberal-) inspired conditions tied to BWI-loans have long been a bane for borrowers. The power imbalance has also allowed Western countries to leverage these institutions as political tools: the US’ objection to Pakistan’s IMF bailout to repay Chinese loansis one recent example. Such issues, coupled with complaints that these institutions have become bureaucratic behemoths hindering the speed of development finance, mean the BWIs risk becoming obsolete for their clients.

Furthermore, leadership in the BWIs – which has long been dominated by western practitioners – must be made more diverse. Historically, executive positions were in effect reserved for US and EU citizens. This has irked many countries. More diverse leadership – in nationality, gender and educational background – will allow the policies of these institutions to better align to the priorities of their client states. Recent developments, such as the appointment of Gita Gopinath as the IMF’s Chief Economist, are encouraging. In the next round of elections for executive positions in 2021, candidates from emerging markets could bring positive policy changes.

The more Washington, Tokyo, Brussels, and others tighten their grip on these institutions, the more their relevance will be eroded and the more the resolve to forge alternatives – on the part of those in Beijing, Delhi, Moscow, and elsewhere – will be strengthened.

What’s more, an alternative or parallel global governance architecture is already emerging and snubbing it would be hypocritical, not to mention unwise. The New Development Bank, the Asian Infrastructure Investment Bank, and ventures such as China’s Belt and Road Initiative are already fashioning new norms, values and rules. The New Development Bank, for example, is innovating by reducing bureaucratic barriers in lending through its country systems approach, which takes into account countries public financial management and environmental social frameworks to facilitate development finance. It also works towards reducing exchange-rate risks for borrowers by lending in local currencies.

Countries from across the globe (including Europe and North America) have given their backing to such initiatives. Ignoring the champions of these efforts (such as the BRICS and other important emerging economies) – whether or not they are like-minded – in global governance discussions is foolish and does little to recognize the geopolitical transition taking place.

The last round of reforms in the BWIs, which took place after the global financial crisis, promised unprecedented reform of their power structures, but delivered only a marginally greater say for a select few emerging markets. To make global cooperation work, reforms in these institutions will need to reflect today’s political and economic realities and will require both established and (re)emerging powers to move beyond their comfort zones. This means, for example, that some countries will have to relinquish their share of votes in the IMF to China and India, to reflect the relative economic size of these countries. With more voting power, the two countries will also be expected to step up their commitments and responsibilities within the BWIs and to help deliver global public goods. China and India are also better positioned to understand the economic growth needs in their regions and advocate for policies which meet them.

Ultimately, the solution for policymakers looking to promote peaceful world order is not to disengage and form a new club of liberal (or otherwise) champions. We are confronted with a lengthening list of global challenges that transcend national borders and often affect a multitude of countries. Some of these challenges are likely to spread their costs and benefits across several generations. How we approach and deliver development cooperation and other international cooperation to deliver global public goods – either through the BWIs or other finance and development bodies – will determine our collective success or failure. And since no single nation can produce and deliver these goods on its own, we need to upgrade our current institutions by making them more flexible and responsive, so that they can deal with local, regional and global realities. This means a more inclusive, sustainable and level playing-field for (re)emerging countries to share power and influence in global decision-making bodies and to contribute their fair share to the attainment of agreed-upon goals. Anything less would be reckless.

Cyril Prinsloo is a Researcher in the Economic Diplomacy Programme at the South African Institute of International Affairs (SAIIA) and a fellow of the Global Governance Futures – Robert Bosch Foundation Multilateral Dialogues program (GGF). Joel Sandhu is a project manager with the Global Public Policy Institute (GPPi) in Berlin, where he heads the GGF program.