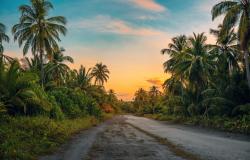 As the coronavirus sweeps across the world with alarming speed and ferocity, the world is finally waking up to the realisation that the pandemic could result in a global death toll in the millions - if not higher.

In response, the EU and its Member States have shut borders, implemented harsh lockdowns and raised trade protections. Much of this essential, but we must be alive to a dangerous potential side effect: the disruption of economic support for vulnerable people.

The COVID-19 pandemic erupted at a particularly volatile period in the global financial system, amidst some of the most protracted trade disputes the world has seen since the Second World War. The slide toward increasing nationalist protectionism not only made the global economy far more vulnerable to disruption, it has meant that governments are ill-equipped to develop coordinated global solutions for the rapidly evolving financial impacts of the crisis.

Experts have failed to anticipate that a business-as-usual approach to protectionism and trade wars at this precarious time could create a secondary great humanitarian disaster for hundreds of millions across the globe. The protectionist tensions which were escalating prior to the pandemic are already beginning to disrupt urgently needed cooperative responses to save lives, with for instance the US hitting out at Germany, Russia and Turkey for introducing emergency export controls on medical supplies.

And despite its laudable commitment to free-trade, there can be little doubt that over the past several years the European Union itself has become increasingly protectionist, often sacrificing its economic relationships around the world to ensure that it can safeguard its own domestic industries from international competition. We have seen this not only in relation to the EU-Brexit negotiations, but also in the EU’s fraught trading discussions with major markets such as the US and China.

Now more than ever it is urgent for Europe to realise that countries need to work together in face of the severe economic hardships caused by the coronavirus. This is not the time to put up protectionist barriers and close the door on trade. In fact, this is precisely the time to build closer ties with parts of the world where economic growth has been most pronounced.

Prior to the coronavirus outbreak, Southeast Asia - particularly countries like Malaysia - were among the world’s fastest growing regions. Even now, amidst this unprecedented crisis, Malaysia’s growth will be higher than that achieved by Europe over the last few years.

The EU must seize the opportunity to strengthen cooperation with countries like Malaysia. But for this to work requires a revision of somewhat ill-conceived, if well-intentioned, economic policies on palm oil. For my country, Malaysia, and the ASEAN region, an EU palm oil ban is a veritable economic death sentence in the current climate. But it would hurt Europe too. Malaysia warned prior to the outbreak that the palm oil ban would be a deal-breaker for an EU-ASEAN free-trade agreement. But now, the catastrophic economic consequences of coronavirus mean that the EU and ASEAN can no longer afford to be at loggerheads.

Getting past the palm oil impasse could be a win-win for these two regions of the world, and even for the environment. In 2018, the International Union for the Conservation of Nature published a landmark report warning that as palm oil uses less land, fertilizer and pesticides than alternatives like soy, rapeseed or sunflower, a blanket ban will ultimately mean switching to less resourceful oils and drive up rates of deforestation.

This month, a new study in Nature Sustainability has confirmed this finding, concluding that due to the environmental limitations of alternatives, “there is neither an economic nor an environmental case for the substitution of palm with vegetable oils or exotic oils on a large scale.” And because more advanced technological options such as creating single cell oils from yeast or microalgae are very much nascent, the only “short to medium term” solution is “ensuring sustainability in the palm oil sector.”

Many of the measures recommended by the scientists behind this study are already being pursued by Malaysia. They call for “going beyond existing voluntary certification schemes” and accounting for “supply chain complexity.” Since November 2018, Malaysia has pursued the world’s first government-backed mandatory certification standards for sustainable palm oil. The government is also supporting new schemes to use open satellite data to monitor palm oil areas and supporting new reforestation schemes. The process has only just begun, and the government faces the challenge of motivating industry players, especially smallholder farmers who lack the funds for costly sustainability schemes.

This is where the EU can come in. The Nature study points out that the world must move beyond “simply shaming palm oil-producing companies into taking action—

the drive towards this must come from policy incentivization.” Yet so far, the EU’s approach is at risk of doing the opposite – sending the message to regional palm oil producers that there is no point investing in sustainability because the EU doesn’t want it.

In short, EU and Malaysia should work toward strengthening markets to develop clear incentives for producers to switch to sustainable farming, along with joint research and monitoring programmes. On the one hand, EU policymakers can explore ways of providing economic stimulus mechanisms to aid Malaysia’s transition to sustainable palm oil farming. On the other, this would open up to Europe a cheap and competitive source of truly sustainable palm oil to act as a clean bridge fuel for the EU Green New Deal’s clean transport revolution.

Ironically, coronavirus may be the trigger that finally compels both parties’ to compromise and agree an historic trade deal. Malaysia needs to take tangible steps towards environmentally sustainable production and the EU must accept a longer implementation timeframe given the current global turmoil. And both parties need each other more than ever to help keep the arteries of a strained global financial system alive.

The alternative - curtailing global trade at a time when it will plunge the world into the biggest recession in living memory and jeopardise millions of lives - is simply not an option.

Nik Nazmi is a campaigner, activist and writer. He founded the Mentari Project, a voluntary tuition project in a  low-cost housing estates in Malaysia.  He is also is a member of the Budget Select Committee in the Malaysian Parliament and has written several books in Malay and English.

Photo by Mohamed Sarim from Pexels

Could Climate Change Turn Natural Disasters into a Direct Threat on Democracy?