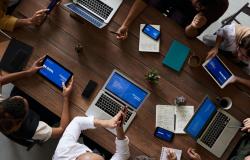 Unexpected research findings have the potential to build a reputation rapidly, and the research paper itself is not always the endgame. Professor Duncan Green talks to researcher Melissa Parker at the LSE Centre for Public Authority and International Development about her ground-breaking work on Sierra Leone’s Ebola outbreak and bringing the ‘public authority’ lens into policymaking.

When you send in the anthropologists, be ready for surprises – totally new players, assumptions challenged, everything that is solid melting rapidly into air.

That’s what emerges from listening to a medical anthropologist, Melissa Parker, on her work on Ebola and Public Authority. Following the 2014-16 outbreak, Melissa and her team of national and international researchers worked in the villages of Sierra Leone, spending time (as good anthropologists do) talking and listening to people who had survived or lost loved ones, developing a sense of trust and trying to find out what people actually do during Ebola outbreaks – ‘how public authorities shaped responses’.

They discovered what happens when ‘staff, stuff, space, and systems’ were absent’. A piece in the prestigious Lancet medical journal outlines their findings:

‘We found that people with signs of Ebola virus infection had been taken deep into the forest, where relatives would do their best to keep them hydrated, drawing on previous experiences of illness and information gathered from sympathetic contacts who were well informed about the disease. Those who died were buried in hidden places. After showing us the locations of these graves, one member of the group that did the burials proudly dressed up in the equipment they had made to protect themselves.

Those who performed burials were all members of one of the numerous secret societies that are pervasive across the region, and they explained how they evaded the instructions of their paramount chief and demands of medical staff to report cases. These people were not prepared to abandon their loved ones, and they were convinced that protecting and assisting them was the right thing to do. Many of those who were treated survived, and those who died were buried in places where their families could mourn them.’

That paragraph contains some pretty explosive findings: the main players organising burials were local secret societies – not on the radar of the Sierra Leonian government, still less the aid sector. They outperformed the multi-billion dollar aid responses in terms of recovery rates. And not even the local leader – the ‘Paramount Chief’ – had much to do with it. The work won the ESRC first prize for international impact in 2016.

I was talking to Melissa to try and get a better picture of the impact of LSE’s work on public authority – not just publications and citations, but something more. That proved surprisingly difficult.

Firstly, she roams widely in terms of topic, country (mainly DRC, Uganda and Sierra Leone) and funders – CPAID, but several other research pots too, making it hard to tie particular impacts to a specific piece of research.

Secondly, a lot of the work that established her reputation preceded the creation of CPAID, so it is very hard to disentangle the impact of different periods of research on the same issue. It’s a bit like a premiership football club buying a top forward who scores lots of goals. Who deserves the credit, the footballer/their previous clubs or the new club?

But when she arrived at her new club, she continued scoring: ‘recognition made it easier to get funding to work on Ebola. Our field work in Sierra Leone, some supported by CPAID, led to the Ebola and Public Authority article (in the Medical Anthropology journal)’. That in turn led to invitations to attend various two or three SAGE (the UK Government’s Scientific Advisory Group on Emergencies) meetings to discuss how to contain the subsequent Ebola outbreak in the DRC.

Impact from Ebola to COVID-19

Fast forward to the current pandemic, and the research has opened a number of doors. Melissa’s co-author on the paper, Sierra Leonian academic Lawrence Babawo, is now on the country’s national COVID task force. Melissa is a regular attender of the delightfully named ‘SPI-B’, the UK government’s Scientific Pandemic Insights Group on Behaviours.

There she applies to the UK much of her learning from Sierra Leone and the DRC:

‘It’s all deeply connected – access to health care, the therapeutic pathways people take when they’re ill, attitudes to enforcement. It’s the issues across the globe. Official forms of Public Authority – the different tiers of the formal state; NGOs involved in service delivery, but then the informal networks, like faith organizations or young people in drug gangs.’

Moreover, Melissa finds ‘the Public Authority lens incredibly helpful in all my research. It provides a way of linking together quite diverse issues, revealing processes that would otherwise be hidden by standard ways of working and seeing’.

I finished in a very NGO fashion by asking Melissa about her ‘theory of change’. Here’s what she said:

‘I’ve never done research for research’s sake; I always want to do more than that. We use the academic articles to legitimize a kind of authority, to get a seat at the table. If you have published articles that you can refer to, you can say “Unless you take Public Authority seriously, programmes are going to keep making the same mistakes.” Getting a seat at the table with equal voice and influence, that’s my goal. The table can be a group of experts at DFID trying to decide UK policy towards Ebola or Covid, or it might be national researchers like Lawrence at a Ministry of Health table in Freetown (Sierra Leone) or Entebbe (Uganda) – social scientists don’t usually have a voice there, and we are trying to create a space alongside the medical and logistical voices.’

Duncan Green is strategic adviser for Oxfam GB, author of ‘How Change Happens’ and Professor in Practice at the London School of Economics. He manages the blog From Poverty to Power.

This post is part of a series on public authority evaluating the real-world impact of research at the LSE Centre for Public Authority and International Development. It first appeared here.

Photo by fauxels from Pexels