Europe’s Migration Predicament: The Refugees and Migrants Relocation Scheme as part of the EU’s Policy Fallacies 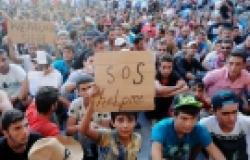 This is the first of a four-part series of posts on Poland’s, Hungary’s and the Czech Republic’s perilous play with the EU’s refugee relocation agreement.

On June 13, 2017, the European Commission —a supranational governing body of the European Union— initiated legal action against three of its Central Eastern European members which belong the so-called Visegrad 4 group (V4). V4 is a loose association of Central and Eastern European EU member states: Poland, Hungary, the Czech Republic and Slovakia that joined the EU in 2004. While the EU quite frequently undertakes legal action against its own member states, the current procedure against Poland, Hungary and the Czech Republic for refusing to take their share of EU asylum seekers, is, after Brexit, the next complex issue manifesting deep disagreements within the EU, with potential far-reaching consequences for the bloc’s coherence. The case suggests: If the issue of illegal mass-migration to Europe due to “Europe’s broken borders” is not solved in time, the EU’s falling apart might no longer be just a pessimist projection. The migration question thus has become a defining core issue for Europe’s future.

What is the Visegrad group? And why does it refuse the EU migration agreements?

The Visegrad 4 group has a low degree of institutionalization and has been of marginal political relevance in the European Union for years. However, it recently became more visible first in the context of the EU’s rule of law critique of Hungary and Poland, and second in the course of the European migration crisis since 2015, as the V4 countries revolted against the EU migration policies time and again. The European Commission legal action is, in the first instance, directed against three of the four nations, i.e. Poland, Hungary and the Czech Republic for refusing to take their share of refugees based on the controversial European Union relocation scheme. At the same time, it reflects the current high degree of frustration in the EU central institutions over the slow and insufficient response of the bulk of the EU member states to the EU migration agreements. It also manifests the general policy implementation deficiencies of the EU as a bloc. The relocation scheme was decided in September 2015 by a majority of EU member states, i.e. not unanimously. It was determined to end by September 2017 as a provisional measure to relieve the pressure from the most burdened EU member states, i.e. Greece and Italy. If the three Visegrad countries do not change their opposition, EU sanctions could follow – which could in turn deepen the ongoing crisis of the European Union.

On 22 September 2015, the EU interior ministers decided to introduce compulsory quota to resettle 120,000 migrants from Greece and Italy, the main coastal EU countries, subject to the biggest refugee pressure throughout 2015 and 2016. The decision was taken by majority vote, with the Czech Republic, Hungary, Romania and Slovakia voting against and Finland abstaining. Poland initially accepted the EU resettlement decision provoking criticism from other V4 countries for undermining their unity. Earlier in September 2015, leaders of the V4 had declared in Prague that they would not agree to any compulsory long-term quota on redistribution of immigrants following the statement of the German Foreign Minister Frank-Walter Steinmaier “if there is no other way, then we should seriously consider to use the instrument of qualified majority”.

Since then, the relocation plan has remained controversial, as almost all of the EU countries failed to fulfill the agreed targets—with only Malta accepting its entire share. The scheme is based on the continuous pledging of a certain number of refugees and their resettlement by every participating country, without Denmark, Ireland and the UK that have so-called opt-outs from the EU’s migration policy, negotiated with the EU Treaty.

The examples of failed policy implementation abound. As of July 2017, Austria had not accepted any refugees in the framework of the plan but had pledged to accept 50 refugees from Italy in the future, and Slovakia had accepted 16 refugees from Greece. Both are migrant-skeptical countries and did so clearly to avoid the infringement procedure, while the EU has been criticizing Vienna and Bratislava for their rather modest engagement. While in 2017 Austria is ranked among the OECD’s most burdened nations globally migration- and refugee-wise and thus refuses to take more commitment, Slovakia considers itself a country too small and historically inapt to become a “multicultural society”, as its authorities declared. Hungary has never made a pledge, while Poland made one pledge in December 2015, but changed its position as a result of terrorist attacks in Paris, Brussels and Berlin. The Czech Republic by summer 2017 has accepted 12 refugees from Greece but has made no new pledges since May 2016. Until now, Austria, Hungary and Poland are the only countries that have not accepted any refugees based on the relocation scheme with other countries having accepted only a symbolic number of refugees and migrants.