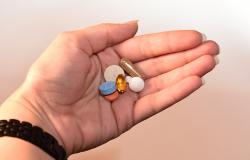 The “living with COVID” strategy being pursued by many countries relies heavily on two key pillars. First, that vaccines continue to protect most people from severe disease. And second, that where they don’t, people will receive antiviral treatments. But are the antivirals currently available sufficiently effective, accessible and durable?

Research advances in the realm of antiviral therapies since the pandemic began have been considerable. At the same time, no medicine is perfect. The concern is that if not deployed properly, the effectiveness and longevity of antiviral treatments may be compromised.

So let’s take a look at what’s in the antivirals arms locker, and how we got to this point.

In 2020, the priority was drug repurposing (identifying medicines for other conditions that might also benefit COVID patients). Success with drugs like dexamethasone followed. This is a steroid which counters the inflammation that occurs as a result of the body’s overactive immune response during severe COVID.

Things didn’t go as smoothly for direct-acting antivirals, a group of drugs that target the virus directly to suppress infection. So desperate was the situation early in the pandemic that agents like hydroxychloroquine and ivermectin were tested in clinical trials and, predictably, were found wanting.

One promising candidate, however, did emerge during 2020. Remdesivir is a ribonucleotide analogue (or “nuc”) that mimics the building blocks of the virus’ genetic material. It poisons the copying process by not allowing further links to be added to RNA chains. Remdesivir was first developed as a potential cure for hepatitis C.

Despite working well against SARS-CoV-2 (the virus that causes COVID) in pre-clinical settings, initial trials in patients with severe COVID were conflicted.

We now know that COVID can progress fairly quickly from a virus-driven disease to the severe sepsis-like consequences of a misfiring immune response. So direct-acting antivirals must be deployed early. A trial where remdesivir was given to high-risk patients soon after infection found an 87% reduced risk of hospitalisation or death compared with a placebo.

Direct-acting antivirals need to be given early to be effective against SARS-CoV-2. Kateryna Kon/Shutterstock

Another nuc, molnupiravir, becomes incorporated within RNA chains, generating a drug-laden template that corrupts the next copy. Before the pandemic, molnupiravir had been explored for influenza and other viruses. Against COVID, it reduced the risk of hospitalisation and death, but only by roughly 30%, despite performing well in lab settings.

Ritonavir is not an antiviral, but a potent inhibitor of the liver metabolism, allowing nirmatrelvir to persist for longer in the body and act more efficiently. In trials, Paxlovid saw a reduction in hospitalisations and deaths similar to remdesivir.

Paxlovid and molnupiravir are taken orally, whereas remdesivir is administered intravenously. The approval statuses of these direct-acting antivirals varies in different regions, though remdesivir and Paxlovid are available fairly widely. While all three drugs are conditionally approved and currently available in the UK, the availability of molnupiravir is more limited around the world.

Although vaccines have changed things for the better, multiple health conditions remain associated with higher risk from COVID, and a suboptimal immune response to vaccination. This is why the UK and other countries are primarily directing antivirals towards people who are vulnerable.

You may be prescribed antivirals if you’re hospitalised with COVID (or catch it in hospital). People in the community can access antiviral treatments if they have a specific medical condition which classifies them as extremely vulnerable.

Patient groups and charities have raised concerns about the limited eligibility criteria in the UK, which are narrower than the criteria were for three initial vaccine doses and shielding.

Alternatively, the Panoramic trial, now managed through a network of GPs, accepts people over 50, or younger people with certain medical conditions. However, patients have a 50:50 chance of receiving Paxlovid or molnupiravir versus a placebo.

Increasing eligibility criteria for antivirals would favourably impact upon many vulnerable people’s lives, providing a safety net to allow safer interaction with society. Notwithstanding the results from the Panoramic trial, it may also reduce deaths and severe disease.

But viruses, especially RNA viruses, can develop resistance to single-agent drugs. While relatively rare, it can become established. For example, we saw this with HIV when it was treated with the first antiretroviral drug, AZT.

Remdesivir, molnupiravir and Paxlovid are all single agents (although Paxlovid is made up of two components, only one is an antiviral).

SARS-CoV-2 has developed resistance to remdesivir in the lab. But at this stage, despite widespread hospital use, real-world resistance remains low.

We’ve seen reports of viral relapse or rebound (testing positive to COVID again after direct-acting antiviral treatment) with Paxlovid and molnupiravir. This could be explained by transient resistance, or delayed immune responses, but we don’t know. Pfizer has reported that relapse also occurred in control groups (those in the study not taking the drug for comparison) during Paxlovid trials.

We are fortunate to have safe and effective vaccines and therapeutics that lower individual risks of severe COVID. However, our fruitful repurposing of direct-acting antivirals risks being undermined by overuse.

Other agents including favipiravir (an anti-influenza nuc) and oral remdesivir are in the trial pipeline, and may prove useful. Research into new agents should be a priority and combinations of existing agents should be urgently explored. Continuing with just three approved drugs would be short-sighted.

The capacity for SARS-CoV-2 evolution is troubling, and will likely blindside us again in the future. Direct-acting antivirals should form an integral part of a multi-layered mitigation strategy in current and future pandemics.