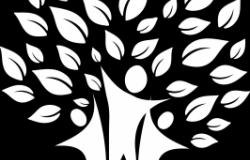 At a high-level panel during the Global Land Forum (GLF), delegates discussed how to achieve more equitable and socially just agrarian land reforms. GLF host country Indonesia sets bold targets on this topic but there remain gaps between political will and policy practice on the ground.

In a high-level panel on agrarian reforms, Indonesia’s Minister of Agrarian Affairs & Spatial Planning, Sofyan Djalil, reflected on the promise of the government to redistribute land as part of the Presidential Decree on Agrarian Reform. The government boasts 5.4 million land titles registered in 2017 as part of this commitment, aiming to increase this to 7 million in 2018. Dialil also highlighted that redistribution must form part of an equitable remedy which provides legal and economic support to local communities. This echoes the ILC’s call for a needs-based approach which moves beyond a singular focus on redistribution.

In a similar tone, a senior member of staff from the Ministry of Villages highlighted the importance of improving economic conditions of impoverished villagers through so called “village funds”. He also emphasised that capacity building must occur alongside this, for example through the creation of business plans and encouragement of private investments. All this shows that, at least discursively, there is a commitment for equitable and socially just agrarian reform in Indonesia. Yet, civil society representatives at the GLF also highlighted that exclusionary practices seem to outweigh these ambitious promises.

In the same high-level panel, Dewi Kartika (Chairperson of the Indonesia’s GLF National Organising Committee) and Rukka Sombolinggi (Secretary General of the Indigenous Peoples’ Alliance of the Archipelago – AMAN) highlighted important gaps between ambitious legal rhetoric and policy practice. Kartika argued that the government’s land redistribution efforts fail to address agrarian conflict areas, follow a top-down logic and ignore the specific land demands of grassroots community groups.  In this adverse political environment, grassroots community groups became land managers of their own who, in recent years, identified 444 priority areas for land redistribution in the 20 provinces and 98 districts of Indonesia, including territories affected by land conflicts.

Kartika also criticised the pro-business and private sector-friendly approach promoted by government bodies such as the Ministry of Villages. Rather than promoting elite interests, she advocated that agrarian reforms should first and foremost focus on the needs of those people who live on and off the land. This includes indigenous peoples, customary land holders and farmers. Understood as such, land should not be for profit but for people. This is a key message which is not only relevant for Indonesia but for countries across the world.

Similar to Kartika, Sombolinggi was sceptical about the government’s agrarian reform agenda, highlighting that “everyone is talking about their own recommendations, but no one is talking to one another.” In addition to an absence of cross-sector cooperation, policy implementation seems to be further complicated by the decentralised nature of the Indonesian state where political willingness towards agrarian reform can be noted at the level of national government but remains absent at the local level. In particular, however, Sombolinggi noted a gap between government commitments to recognise indigenous peoples and ongoing exclusionary practices which leave Indonesia’s indigenous communities voiceless in local land regulation processes. In this context, indigenous communities continue to be affected by land grabs and seem to be increasingly driven from their lands by palm oil companies and the likes.

So how can more equitable and socially just agrarian reforms be achieved in Indonesia? The government does not seem to provide clear solutions or as Sombolinggi described: “If we would follow all the government’s regulations, it would take us 1,000 years to implement agrarian reforms”. Instead, a productive way forward would be to provide more institutional support to existing bottom-up practices promoted by farmers, indigenous peoples and customary land holders. Because, ultimately, it is these grassroots community groups that hold the relevant knowledge that can ensure sustainable futures for Indonesia’s agricultural and forest territories.

What is Environmental Racism?