Chinese Investments and the EITI: The Need for Deep Engagement 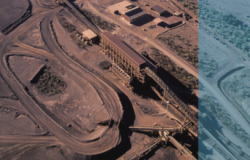 This post represents the fifth in a series of opinion pieces from the ongoing 2016 EITI Conference, in Lima, Peru being covered on the ground by the Global Leadership Initiative's team. Please check in regularly to keep up to date with the latest news and analysis from the summit. For previous posts please click here.

Chinese global investment has been growing at an increasing rate since the turn of the 20th century. The surge in overseas investment means that Chinese companies are now subject to the guiding principles of the EITI. In this post, I argue that EITI needs to improve its engagement with Chinese companies through dialogues and bilateral processes.

China is the second largest economy in the world, with increasing influence capital over flows in the international economy. Chinese outward foreign direct investment (OFDI) experienced a thirteen-fold increase between 2004 and 2013 from US$ 45 billion to US$ 613 billion. While Asia attracted up to 68% of OFDI, the rest of the world shared the remaining 32%, especially in Africa, Oceania, and Latin America.

China and the EITI

How can the EITI engage with Chinese companies to promote transparency and accountability in the extractive industries?

The EITI Global Conference dedicated a special session to analyse the impacts of Chinese OFDI in relation to recent efforts to establish transparency and accountability mechanisms. In some countries, Chinese investments weigh heavily, signifying the importance of the Chinese position in the current geopolitical and economic order. For example, Chinese investments in Southeast Asia are beginning to compete with US economic interests in some countries, notably in Indonesia, Thailand, and Myanmar.

In this context, the EITI has produced a brief on Chinese reporting in EITI countries. In 2014, China has issued a guideline for social responsibility in outbound mining operations, which includes a recommendation to disclose payments in host countries.

However, even though Chinese companies have reportedly involved in EITI reporting, it is not legally binding. Its involvement in EITI reporting is subject to regime changes and Chinese geo-economic and political interests in host countries.

Rationale behind China’s Engagement in the Extractive Sector

Chinese attitude towards the EITI processes is rooted on the direction of Chinese foreign policy. Xi Jinping, China’s current prime minister, attempts to project Chinese ‘soft’ power in the international community, which is defined in terms of economic involvement in supporting international development

This foreign policy aims to enhance China’s bilateral economic cooperation with many countries, including resource-rich Latin America and Africa.

Through this doctrine, it is apparent that China attempts to cooperate with the local business processes within the countries. This, then, provides EITI countries with the opportunity to engage with Chinese companies in improving trarnsparency and accountability.

However, since most of Chinese companies who invest in extractive sector are state-owned companies, Chinese attituted towards EITI will be influenced by changes in Chinese foreign policy. Therefore, EITI processes might not achieve the intended objectives of accountability and transparency if Chinese government changes its foreign policy direction.

It then creates a challenge for the EITI to define a clearer engagement with Chinese extractive companies.

Geopolitics matters in making the EITI standard useful for resource-rich countries. The geoeconomic and geopolitical changes in some EITI implementing countries can shape the precise ways they are engaging with Chinese companies.

Therefore, it is important for EITI to create a deep engagement with Chinese government. EITI can, for example, facilitates dialogue with Chinese government to discuss current issues on extractive sectors. Besides that, EITI can also cooperate with global governance institutions in which China is actively involved, such as the United Nations, WTO, or the newly-established Asian Infrastructure Investment Banks.

EITI does not need to treat China as an obstacle to deliver its objectives. Rather, EITI can take this as an opportunity for constructive engagement with a great power. It can positively support efforts to subject Chinese companies into broad standards of transparency and accountability. EITI members must, then, deal with these issues in the coming years.

Ahmad Rizky M. Umar is a Policy Analyst for Global Leadership Initiatives. He currently pursues his MSc in Politics with Research Methods at the University of Sheffield, UK.