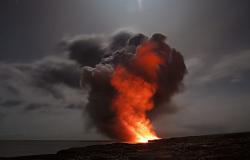 Hans Gutbrod examines the recent Nagorno-Karabakh conflict through the just war tradition and asks whether it is still useful for unpicking modern conflicts.

Last fall saw an intense conflict around Nagorno-Karabakh. Next to heavy fighting on the ground, Armenians and Azerbaijanis also clashed on social media. This clash was often couched in moral terms.

The ensuing discussion, however, was mostly fragmented, resembling a ‘heap of broken images’, as T.S. Eliot put it in his postwar poem. How, then, can we get a larger moral picture?

Arguably, the just war tradition helps to overcome this fragmentation. This tradition, based on Thomas Aquinas and revived by Michael Walzer, provides a comprehensive framework for considering conflict. It is a reminder that moral justification is multi-dimensional.

On September 27, Azerbaijani forces launched an assault on several fronts. That attack can be looked at through ius ad bellum, with four considerations.

Azerbaijan has the most plausible claim on ‘just cause’. Hundreds of thousands of Azerbaijanis have been displaced for a generation. Azerbaijani towns, villages and homes stood abandoned. Armenians have pointed out that demands by the Azerbaijani leadership made a settlement difficult, but such a maximalism – or the passing of nearly 30 years - does not invalidate the underlying cause.

Azerbaijani claims to rightful authority are problematic. While President Ilham Aliyev heads up a sovereign government, it is questionable how ‘rightful’ he is. Freedom House rates Azerbaijan as ‘not free’. Its 2019 summary for the country is stark: ‘corruption is rampant, and the formal political opposition has been weakened by years of persecution.’

While President Aliyev had stated that he was willing to grant Aland Islands or South Tyrol style autonomy, ethnic Armenians in Karabakh have legitimate concerns. Why submit to a government that does not treat its own citizens well?

Moreover, right intent presupposes consistent respect for the potential counterpart in peace. This respect was missing. In 2012, President Aliyev had stated on Twitter that ‘Armenia as a country is of no value.’ In 2015, he doubled down: ‘Armenia is not even a colony, it is not even worthy of being a servant.’ In the conflict, the renaming of villages with Azerbaijani names, the shelling of civilians, the naming of drones as ‘dog chasers’, and similar gestures imply that the intent in part was to inflict a humiliating victory on Armenia.

The Azerbaijani side can plausibly claim ‘last resort’. Over nearly three decades, negotiations had not delivered. Since 2018, the post-revolution government of Prime Minister Nikol Pashinyan had increasingly frustrated the Azerbaijani leadership. Azerbaijanis can point to various steps that suggested that the Armenian leadership was no longer committed to a negotiated settlement. As an Armenian historian put it, a return to arms was ‘predictable and predicted’.

When it comes to ius in bello, appropriate conduct within war, the preliminary impression is that both sides fell short of the standards in the just war tradition.

Both Azerbaijan and Armenia did not do enough to protect non-combatants, and even seem to have targeted them in various ways.

Azerbaijan repeatedly targeted Stepanakert. International outlets reported indiscriminate shelling. Hospitals, schools, residential areas all were hit. President Aliyev’s blanket denial of such shelling to the BBC, even in the plain light of evidence, indicates that he understood that this was a transgression. Armenia, in turn, appears to have targeted Azerbaijani cities, including Ganja, Barda, and Terter. According to Human Rights Watch, both Armenia and Azerbaijan used cluster munitions to target residential areas.

Occasional protestations by both sides that there were some military targets in the targeted cities are not convincing. A lack of accurate targeting capacity should suggest restraint, rather than telling civilians they to need leave their homes because they might be hit.

Armenia also seems to have used heavy missiles when targeting Ganja, obliterating an entire block of buildings. As there apparently was no warning of the attack, civilians could not seek shelter, resulting in heavy casualties. Diaspora Armenians casually dismissing Azerbaijani casualties on social media and garnering more than 200 ‘likes’ may indicate that there was not a consolidated consensus on the Armenian side that Azerbaijani civilians should be protected, too.

Azerbaijan falls short in another vital regard. At this point, there is not much evidence of Karabakh civilians transitioning to Azerbaijani control and surviving this unscathed. Almost all civilians attempted to flee, terrified of what would happen. As one Azerbaijani diplomat noted on Twitter, responding to reports of ethnic cleansing: ‘What goes around comes around’ – hinting at widespread revanchist sentiment among officials.

With regards to avoiding cruelty, both sides have fallen short, though by first impressions Azerbaijani soldiers were much more engaged in cruelty. As the Azerbaijani forces predominated militarily, its soldiers had many opportunities to inflict cruelty on the captured.

Dozens of Azerbaijani soldiers seem to have been comfortable with recording their transgressions, ranging from beheading of living prisoners across mutilation to painting swastikas – suggesting flirtation with genocidal intent – on Armenian vehicles caught in an ambush. This highlights at least insufficient assertion of the disciplined restraint that absolutely is the responsibility of a political and military leadership that unleashes deadly force.

That said, we do not yet know the full picture. In early December, a video of the stabbing of a wounded Azerbaijani soldier surfaced, showing that the Armenian side did not consistently practice restraint. We do not (yet) know what Armenian soldiers did to Azerbaijani soldiers wounded in ambushes in remote mountain regions. Any assessment relies on the selective material that has become publicly available.

The proportionality of Azerbaijan's military conduct is at least debatable. In one view, the massive sweep of the campaign was disproportionate for the purpose of forcing a return to negotiations towards a better peace. In response to Armenian attacks on Azerbaijani cities, President Aliyev spoke of seeking ‘revenge on the battlefield’. Yet revenge, even on the battlefield, is not proportionality. Moreover, playing graphic videos of missile strikes on billboards in the center of Baku undercuts the argument that targeting was exclusively about military advantage.

To be sure, by this standard many military operations of established democracies fall short. Grinding campaigns imply bloodshed. Indicting Azerbaijan on proportionality is only credible if, say, the bombing of Iraqi soldiers on the road to Basra is also held to the same standard.

This overview suggests that any sensible debate on Nagorno-Karabakh should indeed take place in the framework of the just war tradition. So far, each side mostly holds up puzzle pieces that favor their account, yet a complete picture only emerges once we put these pieces – or shards – together.

This fuller account of the respective morality matters in three ways. First, arguably one can pursue peace, both as a settlement and as a day-to-day reality, with the standards of a justifiable war in the rearview mirror. While lives lost cannot be brought back and scars may not heal, a durable postwar settlement should take account of ‘right intent’ and ensure that there is accountability for transgressions.

Next to protection of ethnic Armenians who may want to return to their homes under Azerbaijani control and a return of all Armenian prisoners, a demonstration of ‘right intent’ includes a preservation of Armenian culture, churches, and graves. As several Azerbaijanis have said, ‘let us not make the same mistakes that Armenians committed upon winning the war.’ For avoiding such mistakes, just war theory can provide one standard.

Second, many on both sides have built a historical narrative in which they frame themselves as victims. In an optimistic scenario, just war theory can highlight that the story is more complicated. Being aware of one’s shortcomings (next to your legitimate concerns) could possibly help, a tiny bit, in attempts to build a lasting peace.

Third, this fuller account can help the many people on both sides that tried to act decently. Their presence can be obscured by a focus on what went wrong. Next to, presumably, many combatants that showed appropriate restraint, several such ‘moral entrepreneurs’ emerged who took risks in their community by advancing the vision of gracious conduct, now and in the future.

These individuals often remained partisan and flawed as entrepreneurs can be, but also urged restraint. They provided a bright spot in bleak weeks. Just war theory can strengthen their argument, since it supports their contention that morality is in a larger frame rather than self-selected snippets.

On a methodological level, Michael Walzer has argued that just war theory ‘is designed to sustain a constant scrutiny and an imminent critique.’ The Nagorno-Karabakh conflict illustrates that it is up to this task.

Dr. Hans Gutbrod teaches at Ilia State University in Tbilisi, Georgia. His dissertation at the London in International Relations at the London School of Economics in part covered ethical issues in conflict. He has worked in the Caucasus region since 1999. He is on Twitter at @HansGutbrod

Chomsky: Our Priority on Ukraine Should Be Saving Lives, Not Punishing Russia

Conflict between Great Powers is back with a Vengeance: the New Cold War between the US and China plus Russia