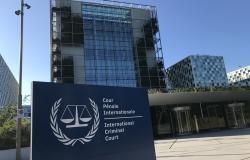 The ICC has come under sustained attacks for a disproportionate focus on crimes in Africa, discrediting the Court’s mandate amid accusations of bias. By looking inwardly and by actualising the ‘complementarity principle’, the new Chief Prosecutor Karim Khan has an opportunity to strengthen municipal criminal courts’ capacity for trying atrocity crimes, which could thereby enhance the legitimacy of the ICC as the Court of last resort.

Since its inception in July 2002, the International Criminal Court (ICC) faced criticism on claims that it had only concentrated its investigations in Africa. While the Court has now opened investigations beyond the continent, it is time the new Prosecutor QC Karim Khan looked inwardly and, specifically, prioritised the ‘complementarity principle’ – where a case is inadmissible if it is under investigation by a state with jurisdiction over it. Indeed, the ICC, as premised in its founding Statute, is a court of last resort.

In its many cases and situations, the Court has, however, remained at the centre-stage of investigations, oftentimes relegating the complementarity principle that asserts the centrality of municipal criminal courts. As a result, State Parties and non-State Parties under investigation by the Court have abrogated their core responsibility of prosecuting international crimes via municipal criminal courts, amounting to an obvious dereliction of judicial obligation.

The complementarity principle, as defined by the Statute, does not envision a situation where national jurisdictions will halt investigations and prosecutions and relegate and/or delegate their sovereign mandate to the ICC. Considering the gravity of atrocity crimes, the complementarity principle envisions a situation where the ICC would prosecute perpetrators who hold the highest culpability, while national criminal jurisdictions would perhaps prosecute other perpetrators who may not. Per the statute, the ICC should only exercise jurisdiction when states are unwilling or unable to investigate and prosecute using their national criminal systems. In conflict settings where the ICC has opened cases, alleged perpetrators who were not identified to have held the highest culpability by the Court have on many occasions not been prosecuted by national criminal jurisdictions, amounting to miscarriages of justice.

When the ICC opened the two cases in March 2010, following the electoral conflict in 2007-8, the Kenyan state had made deliberate attempts to prosecute the perpetrators. The domestication of the Rome Statute through the enactment of the International Crimes Act 2008 depicted attempts by Kenya to cooperate with the ICC, besides amendments to other legal frameworks including the Witness Protection Act 2010. The failure of Parliament to enact the Special Tribunal for Kenya, as recommended in the Judge Philip Waki-led Commission of Inquiry on Post Election Violence report, paved the way for the ICC process in the country.

The Office of the Prosecutor, led by Luis-Moreno Ocampo, opened the case of Kenya proprio motu, which relegated the complementarity principle as there were no national criminal jurisdictions ongoing by the time the Court opened the cases. Ocampo promised that ‘Kenya will be a world example on managing violence’ – remarks that gained support in the country. Municipal criminal courts, however, relegated their initial efforts to investigate the perpetrators, including mechanisms such as the International Crimes Division of the High Court of Kenya set to try international crimes. The eventual withdrawal and vacation of charges by the ICC, in the two cases in 2015 and 2016, respectively, brought to a halt the quest for justice for victims and perpetrators.

Fatou Bensouda in the Côte d’Ivoire

The opening of the case in Côte d’Ivoire in 2015, following atrocities committed during the 2011 electoral conflict by supporters of President Alassane Ouattara and forces loyal to former President Laurent Gbagbo, depicted how the complementarity principle might perhaps be best tested. Following a referral by the UNSC, Bensouda’s opening of the Gbagbo case and the subsequent acquittal decision in January 2019, which was appealed in September 2019 with the acquittal confirmed in March 2021, demonstrates why the complementarity test may need revisiting. Where the ICC fails to successfully prosecute perpetrators holding the highest culpability, it must be ensured that victims of atrocity crimes find remedy through complementary municipal criminal court mechanisms.

While the municipal courts in Côte d’Ivoire initiated investigations that led to prosecutions, for instance in the case of senior politician Simone Gbagbo, her eventual acquittal by an Ivorian court over crimes against humanity charges, as well as the general amnesty served to her and other members of the Ivorian Popular Front party by President Ouattara, shows how municipal courts may be infiltrated by amnesty petitions even in situations where perpetrators are accused of committing atrocity crimes. Such amnesties for perpetrators of atrocity crimes, while meant to advance peace and reconciliation in post-conflict settings like in Côte d’Ivoire, may be a contradiction of jus cogens norms.

More recently, the Office of the Prosecutor’s effort to cast its net beyond situations in Africa has re-invigorated the Court’s ‘international’ outlook. This followed initial calls questioning the legitimacy of the ICC, for instance, when South Africa, Burundi and The Gambia deposited their notifications for withdrawal from the Rome Statute in 2016 and in 2017, as well as the African Union’s non-binding decision at the Annual Heads of States Summit in Addis Ababa in February 2017 that called for mass withdrawal of members.

African members in the ICC’s oversight body, the ASP, argued about Africanisation of the Court, critiquing it for remaining non-committal in opening up cases in situations where the West has openly committed atrocity crimes – for instance the US interventions in Afghanistan (2001-), Iraq (2003-), Syria (2011-) and Libya (2011-). Israel’s continued occupation and the associated atrocities committed in the Palestinian Authority territories further illuminates concerns raised by the African states in the ASP that the ICC is ‘unable’ or ‘unwilling’ to institute investigations in situations triggered by the powerful Western regimes and their allies.

The lobbying for reforms of the Court may have nevertheless contributed to the opening of investigations beyond Africa, for instance in Georgia (2016), Afghanistan (2017), Palestine (2018) and Bangladesh/Myanmar (2019) – the latter case was also filed by The Gambia at the International Court of Justice. This has debunked the accusations of bias championed by the African Union in Addis Ababa, and by political commentators in Nairobi, which alleged that the Court is an imperial agency for political colonialism.

The complementarity principle as a route to legitimacy

While the Court has opened more cases beyond Africa, the ICC success will be defined not only by the cases it has effectively investigated but also by the number of legitimate cases it has not, which have successfully been investigated by municipal criminal courts through the complementarity principle. Instead of opening more investigations, the Court should perhaps review its tact and work towards revitalising municipal criminal courts to strengthen internal structures for their own investigations and prosecutions of atrocity crimes, with a view to actualising the complementarity principle.

Claims of non-cooperation and witness interference, as argued for instance in the situation in Kenya, demonstrate how the Court can lead to miscarriages of justice, especially in situations where municipal courts fail to initiate complementary investigations. While these cases are pivotal in its mandate, the Court could work towards initiating outreach programmes with State Parties to enhance judicial reforms of municipal courts. Although supporting municipal judicial reforms may redirect the Court from its perceived core obligation, i.e. investigating and prosecuting mass atrocity crimes, at present the Court lacks sufficient technical resource capacity to investigate and timely prosecute the many protracted cases already straining its system, not to mention new settings of atrocity crimes in the international system.

The Court should hence look inwardly by partnering with State Parties to strengthen municipal criminal courts to independently investigate and prosecute alleged perpetrators of atrocity crimes. Only as a last resort should the Court open new investigations. Revitalising the Court’s cooperation framework with the UN will be essential for this endeavour, perhaps by incorporating the Responsibility to Prevent element of the Responsibility to Protect regime in its outreach structures with a view towards averting atrocity crimes.

Muema Wambua is the author of ‘Historical Injustices and Transitional Justice Interventions in Kenya: Victims’ and Interveners’ Experiences and Perceptions’ Journal of the British Academy, 9(s2): 75-102 (2021), ‘Transitional Justice and Peacebuilding: The ICC and TJRC Processes in Kenya’ African Conflict and Peacebuilding Review, 9(1): 54–71 (2019), and ‘The Ethnification of Electoral Conflicts in Kenya: Options for Positive Peace’ African Journal on Conflict Resolution, 17(2): 9–40 (2017). @MuemaWambuaPhD