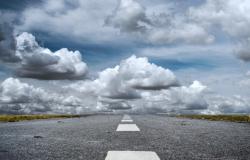 Tristan Kenderdine argues that during a period of global change, institutional theory can help make sense of the chaos. How institutions persist, change and ultimately perish though is closer to evolutionary biology than political science.

As the world enters a decade of uncertainty, old paradigms and political narratives have quickly become redundant. But a theoretical explanation for the path-dependent rise and fall of these institutions is ‘reiterative divergence’. Prominent proponents of reiterative divergence include Richard Dawkins in evolutionary biology, and in literature Oe Kenzaburo and Maurice Sendak.

Reiterative divergence refers to how an organism, institution or idea evolves into another form through the process of multiple, dependent, iterative changes. The concept is in widespread use in engineering, science and technology, and has entered the public policy vernacular through such terms as ‘Industry 4.0’ or ‘Globalisation 2.0’. Yet political and economic theory through the neoliberal period has eschewed understanding the processes of these iterative changes. Consequently understanding the institutions that form, maintain and change political and economic history has been sidelined.

In contemporary societies with autocratic regimes, each individual is too concerned about the consequences to protest, until suddenly there is enough momentum on the ground and previously forbidden mass activities are tolerated and quickly normalised. These changes manifest rapidly, but they are both long-term path-dependent and short-term critical juncture-dependent. They are neither derived from universal values nor driven by external influence. In 2020, the popular protests in Belarus are a prime example.

In modern European history, 1848 was the year of failed revolutions that forced the formation of the nation state as we know it. The historical juncture is obvious in retrospect and revisionists write about its inevitability since they know of its existence. The demise of the aristocratic regime, the rise of the nation state, and the collapse of the Soviet Union in 1792, 1848, and 1991 (respectively) all appear inevitable in retrospect. But in real-time, the collapse and renewal of these political institutions was shocking. They are examples of in-system change playing out for all to see.

Institutions can be hard such as government ministries or newspapers, ideological concepts such as communism or neoliberalism, or even simply discourses such as globalisation or the theory of China’s economic convergence. North’s famous definition is that 'institutions include any form of constraint that human beings devise to shape human interaction.' This means that essentially all forms of human interaction in the political, economic, cultural, and social worlds can be analysed as institutions.

Historical institutionalism and economic institutionalism though are two theories of path-dependencies that can understand and predict the critical junctures that have forced these institutional changes. And yet political scientists and non-neoclassical economists have been largely marginalised by the contemporary global policy-making community.

This lack of historical institutionalist analysis of government policy to understand the causes of institutional persistence and reiterative divergence in the policy process has meant that a false narrative of China’s economic convergence prevailed, while in reality China’s Belt and Road trade policy was establishing a parallel trade and investment strategy which negated all historical experiences of industrial development in East Asia.

We need better institutional theory in both political science and political economy to be able to deliver early warning systems for these types of change. Rather than ceding policy and political agency to positivist economists and quantitative political scientists, we need to revive and revise theories on political and economic institutions that help to explain and ultimately to predict the structure and shape of a history that we all inhabit.

Historical institutionalists hold sway only in a small subsection of political science, while institutional economics is largely marginalised from contemporary global policy-making. And yet both institutional models work in four dimensions: space and time. There has not been any theory since Hegel to negate the use of both space and time to solve social, political and economic problems. And yet the global policy-making system has entirely denied the spatial dimension in economic development analysis, and ignored the processes of reiterative divergence in temporal analysis.

Both historical and economic institutionalism are concerned with how some institutional systems remain stable while others fluctuate. Historical institutionalist ideas on path-dependency, linear causality and institutional legacies encourage building analytical models to assess universal critical junctures in order to demonstrate paths of institutional political, economic, and social development.

I would like policy-makers to think of these processes as ‘reiterative policy divergence’. Policies are the institutionalisation of ideas which shape subordinate political and economic institutions. Thinking in terms of ‘reiterative policy divergence’ can be an analytical tool for systematically understanding the inertia of institutional change. This type of thinking can then assess and predict how historical critical junctures can puncture long-run institutional equilibrium such as the Long Peace or the Concert of Europe.

Assessing these iterated processes of policy choices can help to explain how institutions are formed and how they continue to evolve, rather than relegating historical and economic institutionalism to describing the acceptance of rules in compliance with a sociological or historical system without trying to understand how the institution was formed, how it is maintained, or how it changes.

The outcomes of reiterative policy divergences that change political and economic institutions are clear and obvious in retrospect. Institutions persist until they do not, and institutions change until they stop changing. But theoretically, the academy and government have both failed their duty of care to political science, political economy, and to history. To ignore space as neoclassical economics does is a weakness and to ignore time as neoliberal politics does is myopic. The only constant is change. Let us get better at evaluating, measuring and reacting to the processes of continuous institutional change.