Austerity Economics has just been Smashed. By the IMF. 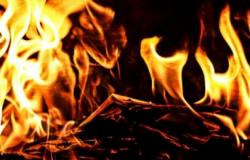 A powerful new report finally kills off any remaining intellectual veil for a broken economics that is breaking society.

Sometimes an ideology is so brilliantly propagated that observers might not even notice it’s an ideology. In the corridors of power and in mainstream discussion, it ceases to be questioned. Then it goes catastrophically wrong. And it begins to seen again for the ideology it is. It becomes questioned again. And, if they are smart, leaders hear this and start to self-correct. This is where we’ve got to with neoliberalism, austerity, and rising inequality. Except for the self-correct part. Right now, instead of self-correction, we’re seeing many mainstream politicians unable to shift away from dead economics, and what seems in too many countries like the start of social breakdown. Change is well overdue. Who can prompt leaders to drop the old economic nostrums are causing so much harm?

Enter the IMF with a sledgehammer. Progressives duck in case in the sledgehammer is meant for them. But then the IMF demolishes the case for neoliberalism and austerity. It sounds extraordinary, and it is.

Today the IMF will launch a new report, “Macro-Structural Policies and Income Inequality in Low-Income Developing Countries”, the latest in series that mark the intellectual journey the IMF research department has been travelling in recent years. Packed with detailed quantitative analysis it demonstrates that much of what elites have been advancing as unquestioned economics is demonstrably harmful both to economic growth and to public wellbeing.

Of course what makes this surprising, and what may make some progressives unenthusiastic about welcoming this, is also what makes it so powerful: an institution that has been, for far too long, a defender of the free market story and the Washington Consensus – the idea that liberalizing trade, privatizing everything possible and cutting down public spending was a one-size-fits-all solution to any government in trouble – has now refuted it.

This paper is not the first by the IMF to take a stand on inequality, but it is notable because it claims in no uncertain terms that public spending – i.e. the opposite of the budget cuts that it once advocated for – decreases income inequality. They even have a formula – a 1% increase in public spending, they report, leads to a 2.3 decrease in inequality after 5 years.

The paper also takes a strong stand against prioritizing indirect taxes, such as VAT, showing that they increase inequality.

The paper not only demolishes neoliberal economics but also helps build the evidence base around the kinds of policies that are necessary to reduce inequality. Those include some of the things that NGOs like ActionAid have been talking about: emphasizing direct taxes instead of indirect taxes, spending on social services (this paper focuses on infrastructure, but we would see that more broadly), support for cash transfer programmes, and the need to ensure that any programs that are likely to increase inequality are offset by measures to decrease inequality.

Lives and livelihoods are being lost because those who design policies are following a damaging model. And now, in countries around the world, the lack of action in inequality is leading to a resurgence of xenophobic nationalism and the far right. Broken economics is breaking society. But too many leaders still seem trapped in the belief that there is no alternative. So let them know that today the IMF – yes, the IMF – has comprehensively set out why that broken economics must be consigned to the dustbin of history.

Ben Phillips, currently based in Nairobi, is co-founder of the #FightInequality alliance, and Campaigns and Policy Director at ActionAid International. He has lived and worked in four continents and a dozen cities, and led programmes and campaigns teams in Oxfam, Save the Children, the Children's Society, the Global Call to Action Against Poverty and the Global Campaign for Education. He began his development work at the grassroots, as a teacher and ANC activist living in Mamelodi township, South Africa, in 1994, just after the end of apartheid. All his posts are personal reflections. He tweets at @benphillips76. This post first appeared on Global Dashboard.