The Pandemic showed us Corruption is a Global Problem. What Next? 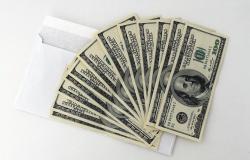 Oussama Mezoui arges that developed countries' pandemic responses should be a wake up call for the aid and development sector's conditionalities.

The pandemic has shown us how difficult it is to govern successfully during crisis and has exposed the governments of many developed nations as perhaps less transparent and competent than we thought.

My hope is that this experience will lead to more understanding of the challenges faced by governments in developing nations, who instead of dealing with one crisis, are often constantly fighting multiple crises: conflict, climate change, poverty, overpopulation, and external political pressure.

Perhaps now Western aid agencies and multi-national institutions will stop leaning too heavily on developing countries to make drastic economic reforms and ‘structural adjustments’ that encourage privatization and deregulation, and conditioning overseas aid on anti-corruption drives. Instead, we should be providing these governments with the resources and tools they need to govern successfully through perpetual crisis.

There is no doubt that many developing nations suffer at the hands of corrupt politicians and officials; this must be challenged. But the pandemic has revealed that cronyism and clientelism also exist in many developed nations. While we have known this for a while, the pandemic has shone a light on it.

Recently, the UK High Court found that the government acted illegally in how it awarded some PPE contracts (including to a friend of the Health Secretary’s). Last August, the UK government-linked firm Topham Guerin was awarded a £3 million communications contract that wasn’t subject to any competitive tendering process. The widely mocked slogan ‘Stay Alert, Control the Virus, and save lives’ was born as a result. This was not the only firm linked to the ruling Conservative party to be offered lucrative contracts on spurious grounds.

A small loss-making company owned by a Conservative Councillor received a £270 million contract to provide personal protective equipment, and the task of running the UK’s track-and-trace program was given to Dido Harding, the wife of Conservative MP John Penrose, despite  her lack of experience in public health.

The US faced similar transparency and efficiency issues to Britain. One example involves the industrial supply company WW.Grainger who purchased overalls from a third party company named Dupont for $4 a piece, and went on to sell them to the Federal government for $7.96. Similarly, in Germany, supposedly one of the most robust healthcare systems in the world, there were reports of less important, profit-making operations taking precedence over coronavirus admissions in a bid to prevent further government hospital bailouts.

The pandemic has exposed how difficult it is to govern efficiently and transparently in times of crisis; as a result many governments have lost the moral high ground when they demand those things of international aid recipients as a condition of help.

The UK’s aid department states that it has a ‘zero-tolerance approach towards corruption and fraud.’ This comment was in support of the UK freezing support to Zambia after aid was reportedly siphoned off for the private use of officials. Similarly, Germany suspended almost 100 million euros in order to pressure the Ugandan government to speed up their corruption investigations.

The World Bank has said that half of Uganda’s population of 17 million live below the poverty line. Whilst cronyism has been a prevalent force in Ugandan politics since the country was established in 1962, the nation was also facing insurgency, water shortage, energy depletion and widespread disease at the time of the foreign aid freeze. This policy, of cutting off support because governments can’t meet a gold standard that donor countries themselves at times struggle to adhere to, needs to be revised.

The US has adopted a similar stance. In 2019, the US State Department withdrew $100 million of foreign funding to Afghanistan as a result of corruption claims. This is seemingly ignorant of the fact that Afghanistan was in the midst of a long and brutal civil war, housed one of the largest terrorist uprisings in history, had a state nearing collapse  and had a majority population living below the poverty line. It should have been understandable in that context that corruption reform was not at the top of the government’s to-do list.

These state-level policies are mirrored by intergovernmental organizations like the IMF, which explicitly withdraws funding if governments fail to meet corruption and governance standards.

Corruption exists in many developing nations and too often hinders economic growth and development but the reality is that these foreign aid withdrawals do not solely hurt the pockets of the officials who siphon off public funds. It hurts the most disadvantaged members of society who depend on this aid for survival. Withdrawing funding is a reactive, poorly thought out anti-corruption measure that affects innocent civilians, and not those government officials who are responsible.

This is not to say that governments should ease off anti-corruption measures. On the contrary, now that we have experienced crisis-based corruption in our own donor nations, we should realize just how hard it is to root out - and cut the developing world some slack.

Oussama Mezoui is President and CEO of non-profit PAUSA.

Book Review: The World Turned Upside Down - Parts 1 and 2