The Paris Agreement: When is a Treaty not a Treaty? 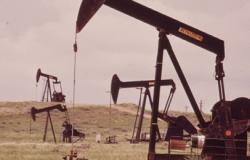 Josh Busby explores what the Treaty, if that’s what it is, means in light of US domestic politics.

The 22nd April was Earth Day, and there is a push in the climate community to encourage states to sign and ultimately ratify the Paris Agreement on climate change. With each of the last 11 months having been the hottest months on record and 93% of Australia’s Great Barrier reef experiencing “coral bleaching” from record-breaking hot ocean temperatures, the stakes for the world are high.

April 22 was also the first day the Paris Agreement is open for signatures. In late March, on the margins of the recent nuclear security summit in DC, President Obama and President Xi of China  pledged publicly to sign the accord on April 22nd, upping the pressure on other states to do the same. Now, 150 countries are slated to sign the agreement tomorrow in a ceremony. That said, the agreement won’t enter into force until 55 countries representing 55% of global emissions ratify it.

This raises some interesting questions about what kind of accord the Paris Agreement is. Is it a new treaty? Don’t treaties have to go to the U.S. Senate for advice and consent?

Some of the legal attributes of the Paris Agreement have confused a lot of people including me.

Is the Paris Agreement a treaty?

In January, I wrote in Current History that though the Paris Agreement contained some legal character: “For the Paris agreement to survive and include the United States, it could not be a new treaty.” I wrote that the mitigation commitments embodied in its Intended Nationally Determined Contribution (INDC) were considered voluntary but other elements of the agreement on reporting for example were considered legally binding:

The way the Paris negotiators resolved this problem was to make the new agreement legally binding in some respects and not others. In the lead-up to Paris, former US Undersecretary of Energy David Sandalow noted that the United States could agree to certain “procedural requirements” (on reporting and measurement, for example) that would be legally binding under the 1992 Framework Convention, to which it was already a party. This would not require the Senate’s advice and consent. However, new, legally binding commitments to emissions reductions would require Senate approval

This was possible, from a U.S. perspective, because the U.S. was already bound legally to the 1992 Framework convention.

Similarly, no less than Anne-Marie Slaughter, past president of the American Society of International Law (among other things), wrote:

The international legal gold standard is a treaty, a binding document that can be enforced by courts and arbitration tribunals. Such agreements comprise more than expressions of intent; they contain codified, enforceable rules, along with sanctions for non-compliance. Indeed, they must be ratified by national parliaments, so that they become a part of domestic law.

What makes Paris seem a success whereas Copenhagen was written off as a dismal failure is partly atmospherics, or put more concretely, the skillful French management of the proceedings so as to create an impression of genuine collaboration and transparency.

Law and climate scholar Dan Bodansky for his part takes issue with both of these interpretations in a blog post and a longer March 2016 article. He writes in the blog post:

The fact that countries are signing the accord and that they are acting as if it won’t enter into force until enough states have both signed and ratified the agreement suggests that on some level, Bodansky is right.

Even in the agreement as a whole has legal character, not all of its component parts — such as mitigation commitments — necessarily do.

Second, although the VCLT provides that agreements are binding upon the parties and must be performed by them in good faith (VCLT art. 26), not every provision in a treaty necessarily creates a legal obligation, the breach of which entails non-compliance. Often, treaties contain a mix of mandatory and hortatory elements.

So, if Bodansky is right that the Paris Agreement is a treaty in terms of having the force of law internationally, does that mean that the U.S. has to treat it as “treaty” in the sense of being subject to Senate advice and consent under Article II of the Constitution. Here, again, Bodansky suggests no.

Third, the term “treaty” has a narrower meaning in US law than in international law, referring to agreements that the President sends to the Senate for advice and consent to ratification under Article II of the Constitution.  The vast majority of treaties in the international sense are not adopted as Article II “treaties;” rather they are adopted as “executive agreements,” in most cases with the approval of Congress, but in some cases by the President acting alone.  So even if the Paris agreement is a treaty under international law, it need not be adopted by the United States as a “treaty” under Article II of the Constitution.

He writes in the law article that:

All of the iterations of the negotiating text included final clauses, which made sense only if the Paris Agreement was to be a treaty. As adopted, the Paris Agreement includes provisions addressing how states express their consent to be bound (through ratification, accession, acceptance, or approval), the minimum requirements for entry into force (acceptance by 55 states representing 55% of global GHG emissions), reservations, withdrawal, and who will serve as depositary (the United Nations).

How can we tell whether some provisions are legally binding while others are not? He notes that legal obligations often uses verbs like “shall” whereas recommendations use words like “may” or permissive statements such as “will,” “are to”, “acknowledge,” and “recognize.”

Article 4.2 on mitigation commitments does use the word “shall” but does that make meeting the commitment a legal obligation?

Each Party shall prepare, communicate and maintain successive nationally determined contributions that it intends to achieve. Parties shall pursue domestic mitigation measures with the aim of achieving the objectives of such contributions.

Bodansky for his part thinks that the back half of the line about “aim of achieving” leaves it open so that meeting INDC commitments isn’t a legal obligation:

Importantly, it does not create an individual obligation on each party to implement or achieve its NDC, given that (1) the provision requires parties only to ‘pursue’ domestic measures, rather than to actually implement them; (2) a very similar formulation in Article 4.2 of the UNFCCC, which also used the word ‘aim’, is generally considered not to have created a legal obligation.

He goes on to consider whether or not other “shall” language in the text constitutes language likely to be taken as having legal force, importantly for individual states.

For example, Article 4.13 uses the plural formulation, ‘parties shall account for their nationally determined contributions’; nevertheless, read in context, the provision seems intended to create an individual obligation on accounting for each party to the Agreement.

Elsewhere, he identifies provisions of the Paris Agreement that authorize meetings of the parties to make binding decisions on communicating and adjusting NDCs, on accounting rules, on greenhouse gas inventories. He concludes that these will have legal character depending on whether the language makes these mandatory.

The “should” versus “shall” language as generally but not always connoting the differences between voluntary and mandatory obligations is an interesting one, in light of the fact that the U.S. objected mightily in the waning stages or Paris for what was ultimately accepted to be a typographical error.  Here is how the text reads in article 4.4:

The U.S. argued that the “should” for developing countries should have been a “shall,” to help end the distinction of “common but differentiated responsibilities” which had meant under Kyoto legally binding emissions reductions for developed countries but none for developing ones. To finesse this, the French presidency was able to get the parties to agree that this was a “technical error” or typo. When you download the text, you still get the above version so it’s a little unclear how this gets rectified going forward.

What does this mean for the United States?

The U.S. fought hard to ensure its interpretation of INDCs as voluntary was accepted and that has allowed the Obama Administration to effectively argue that the agreement is not a “treaty” under Article II of the U.S. constitution, even if it is a legally binding agreement or treaty in the broader sense of the term. My understanding is that once President Obama signs the agreement, the administration will likely submit a presidential statement or executive order announcing the country’s accession to the Paris Accord.

If I understand this correctly, this executive agreement will thus last so long as the next president does not actively repudiate the president’s signature. However, a Republican won’t be able to do that right away. Let’s say the Paris Agreement goes into effect before Obama leaves office, then even if a Republican is elected, under Article 28 of the Paris Agreement, they can’t formally withdraw for three years after the agreement has gone into force.  This leads Bodansky to suggest that this wouldn’t be until 2019 or 2020:

If that occurred while Obama is still in office, “then the next president could not withdraw until sometime in 2019, and the withdrawal would not be effective until sometime in 2020,” said Daniel Bodansky, a scholar of international environmental law at Arizona State University and a former attorney at the State Department focused on climate change.

It is possible that a Republican successor would repudiate President Obama’s signature. Certainly, President George W. Bush repudiated President Clinton’s signature of the Kyoto Protocol. However, the situation was different in that Kyoto was a treaty that was understood to require U.S. Senate advice and consent, and Clinton had not sent it to the Senate. At the time, the global opprobrium for Bush’s move was significant, but you didn’t have countries like China and India voluntarily taking on board expensive commitments of their own.

Today, after the Paris Agreement, there is much more global buy-in that action on climate change is warranted.  The political and diplomatic costs for breaking up with the Paris Agreement would presumably be quite a bit higher: (1) the Paris Agreement will be a legal obligation that the U.S. has already assumed and (2) other important countries care more than they did in 1997.

I think liberal authors on reputation like Mike Tomz and Andrew Guzman probably have the reputational consequences of non-cooperation right. In the event a President Trump or Cruz seeks to withdraw from the Paris Agreement, the U.S. would likely face more difficulties (that is, higher costs) of getting other countries to cooperate on issues the United States cares about.

It is a difficult counterfactual to know whether President Bush would have faced an easier time in pursuing some of his international objectives (such as post-Saddam Iraqi reconstruction) had his administration not been so uncooperative on climate change and a host of other fronts.

We shall see how it all plays out. In another post, I want to explore a bit more whether the U.S. can meet its commitments under Paris, and what the back and forth on the Democratic side of the campaign trail means for U.S. climate policy going forward. Stay tuned.

Joshua Busby is an Associate Professor in the LBJ School of Public Affairs at the University of Texas-Austin. He is the author of Moral Movements and Foreign Policy (Cambridge, 2010) and the co-author, with Ethan Kapstein, of AIDS Drugs for All: Social Movements and Market Transformations (Cambridge, 2013). His main research interests include transnational advocacy and social movements, international security and climate change, global public health and HIV/ AIDS, energy and environmental policy, and U.S. foreign policy. He also tends to blog about global wildlife conservation. This post first appeared on Duck of Minerva.