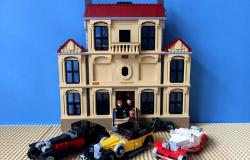 Branko Milanovic argues that post-Putin, Russia's billionaires may favor a weak central government or true oligarchy and to insist on the domestic rule of law.

The first and the most obvious lesson that we can draw from the confiscation of Russian oligarchs’ assets is that the pre-February 24 Russia was not an oligarchy, as many believed, but an authoritarian autocracy. Instead of being ruled by a few rich people, it was ruled by one person. To draw this (rather obvious) conclusion, we need to go back to the initial rationale given for the threat of asset seizure. When US government spoke of the seizure of oligarchs’ assets, it was before the war and with the expectations that the oligarchs, faced with the prospect of losing most of their money, will exert pressure on Putin not to invade Ukraine.  We can assume that 99%, or perhaps all, targeted oligarchs (and even those who feared to be possibly targeted) realized the stakes and must have been against the war. But their influence was, as we know, nil. Ironically, they lost their assets because they were not powerful.

If their influence on such an important matter, on which their entire assets and lifestyle depended, was nil, then the system was clearly not a plutocracy, but a dictatorship. I wrote about that in my July 2019 piece “Oligarchs and oligarchs” distinguishing between the early Russian billionaires who manipulated the political system (one should not forget that it was Berezovsky who brought Putin to Yeltsin’s attention because he thought that Putin could be easily controlled), and more recent billionaires who were treated as custodians of assets that the state may, by political decision, take from them at any point in time. It happened –unexpectedly—that it was not the Russian state that took their assets, but the American state. But it did so precisely because it thought (probably not accurately in all cases) that billionaires were “state oligarchs”.

This is the lesson about the nature of the Russian political system. But what are the implications of the seizure of assets?  They are, I believe, two kinds of implications: global and Russia-specific.

The global implication is that foreign plutocrats who often moved their money from their own countries to the “safe havens” of the US, UK and Europe will be much less sure that such decisions make sense. This applies in the most obvious way to Chinese billionaires who might experience the same fate as Russian. But this may also apply to many others. The frequent use of economic and financial coercion means that If there are political issues between the West and (say) Nigeria or South Africa or Venezuela, the same recipe will be applied to the billionaires from these countries, whether simply as a punishment or because of the expectation that they should influence the policy of their governments. Under such conditions, they would be very unwise to keep their money in places where it may be as insecure as in their own countries. We can thus expect the growth of other financial centers, perhaps in Gulf countries and India. Financial fragmentation is very likely, and would be driven not solely by the fears of billionaires but by obvious fears of potential US adversaries like China that their governments’ assets may too prove to be just pieces of paper.

What are the likely implications for Russia? Here we have to take a longer-term view, and to look past the Putin regime. The conclusion that billionaires and people close to power will draw is the one that was drawn a few times in Russian/Soviet history only to be forgotten. Leaving aside the conflicts between boyars and the czar, consider similarities with what happened now with Stalin’s regime. Stalin too was able, through skillful maneuvering to move from being a “gray blur” (as characterized by Trotsky) to the position of complete power including, in the last years of his rule, over the entire Politburo. Putin has not yet started executing people around him, but he has shown that politically they do not matter at all. The conclusion that the future Russian oligarchs will draw is the same that the Politburo members did: it is better to have a collective leadership where individual ambitions will be checked rather than to let one person take the full power.

I think that the future oligarchs (who are probably now making their first steps) will realize that they can either stick together or hang together. Under Yeltsin when they did dictate government policy, they preferred to fight each other, brought the country close to anarchy and even the civil war, and by doing so facilitated the rise of Putin who introduced some order.

Another implication is very similar to what I called the global implication. Again, it is useful to go back in time. When the original privatizations happened in Russia, the commonly-used economic logic was that it does not matter (for efficiency) who gets the assets because they would be bid out by better entrepreneurs, and everybody will have an incentive to fight for the rule of law simply to protect their gains. Communists will not be able to come back: “once the toothpaste is squeezed out, it cannot be put back” (that was a preferred metaphor used to argue for fast and inequitable privatization). The comparison was made with American “robber barons” who also often became rich by illicit means, but had the interest to fight for the safety of property once they became rich. The expectation was that the Russian billionaires would do the same.

These expectations were upended by billionaires’ finding a (seemingly) much better way to make their money safe: move it to the West. Most of them did so and it seemed an excellent decision—all the way to about six weeks ago. The new post-Putin billionaires will probably not forget that lesson: so we may expect them to favor a weak central government, that is, a true oligarchy, and to insist on the domestic rule of law—just because they will have no longer any place where to move their wealth.