Switzerland and Its Sovereign Wealth Fund Dilemma in the COVID Context 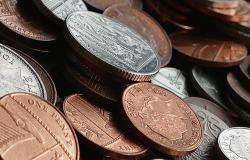 The call for the creation of a Swiss sovereign wealth fund (SWF) has become louder these days. The state-administered capital pools are repeatedly brought into play as a solution to crises, such as in the years after the global financial crisis, or when the strong Swiss franc once again threatened the competitiveness of Swiss industry. This is again the case now, given the economic damage caused by the global pandemic

Switzerland plays a central role in the international discourse on the meaning and purpose of such publicly controlled funds. Austrian economist Jürgen Braunstein, a researcher at Harvard University, emphasizes this in his recently published book Capital Choices. To Braunstein, Switzerland’s prominent role is remarkable because sovereign wealth funds in that nation have always failed, due to internal political resistance.

With its stubbornly high trade and balance of payments surplus, Switzerland would actually be predestined to have its own SWF. “Given the international attractiveness of sovereign wealth funds and the louder domestic call for the creation of such funds, it is paradoxical that a number of countries—especially Switzerland—so far have no SWF with their massive financial reserves,” says Braunstein.

This paradox is all the greater since the Swiss National Bank (SNB) has long fulfilled the classic criteria for a sovereign wealth fund: a mandate to stabilize the exchange rate and to pay a dividend to the public sector. "All SWFs belong directly or indirectly to the state and, unlike pension funds, have no direct liabilities, and have investment purposes that are determined by the state," Braunstein writes.

Nonetheless, it is very unlikely that Switzerland will follow the example of Norway, Qatar, and Singapore. Braunstein’s comparison of Hong Kong’s model and Singapore’s model shows different avenues to the creation of SWFs. Four decades ago, Singapore made a choice for an SWF, whereas Hong Kong opted against one. In Hong Kong, the financial sector, which was already strong at the time, blocked excessive state interference in economic life; bankers believed they should manage savings, not government officials. The different paths taken by these nations influenced Braunstein's book title, Capital Choices.

Hong Kong’s financial sector prevailed against the manufacturing industry, which was already suffering from growing foreign competition and high interest rates. By contrast, Singapore’s financial sector at that time only played a subordinate role. The government created Temasek in early 1974. This SWF continues to play a key role in Singapore's industrial policy in relation to the large local companies it controls.

Hong Kong could be a guide for Switzerland: Although the economically autonomous Chinese territory decided against a sovereign wealth fund nearly fifty years ago, the HK $4 trillion ($520 billion) Exchange Fund is actually a SWF. The beginnings of the Exchange Fund, now managed by the Hong Kong Monetary Authority, date back to 1935. Originally, the Exchange Fund only covered locally issued banknotes, but its role has constantly evolved. Today it manages Hong Kong's fiscal reserves in addition to foreign exchange reserves. The Exchange Fund invests in equities and bonds worldwide and holds strategic investments in promising young companies.

This example demonstrates Braunstein’s emphasis on the dynamic ways in which existing state capital pools can develop. Singapore now has a second sovereign wealth fund, the GIC. Unlike Temasek, the latter does not primarily pursue industrial policy, but manages the city state's foreign exchange reserves with a wide-ranging investment portfolio. GIC’s strategic investments in major international banks also strengthens its own financial center.

Singapore and Hong Kong are roughly equal in terms of per-capita income. In Hong Kong, however, structural change has progressed faster than in Singapore. That is why the service sector dominates in Hong Kong today, whereas the manufacturing industry continues to play an important role in Singapore.

Decisions made for or against a sovereign wealth fund decades ago are also reflected in different political cultures. Hong Kong has a strong civil society, which voices vocal protests in the face of threatened political freedoms. In Singapore, on the other hand, an extremely powerful state not only keeps its citizens on a leash with economic incentives, but also with severely restricted civil liberties. In these regards, Switzerland is closer to Hong Kong.

Ernst Herb is the Hong Kong based Asia correspondent of the Swiss business publication “Finanz und Wirtschaft”. Before he moved to East Asia in 2003, he lived for n Cairo for 12 years from where he reported as a freelance journalist for a number of German and Swiss publications on political, economic and cultural affairs of the Middle East. Ernst grew up in Switzerland and consequently studied at the University of Toronto English literature and Philosophy. He holds a Master’s degree in Comparative Literature from Université Paris 7.

An earlier German version of this post was published in Finanz und Wirtschaft.

Photo by Anthony from Pexels

Why Experts Disagree on How to Manage COVID-19: Four Problem Conceptions, Not One

The Role of Capital and Liquidity in Bank Lending: Are Banks Safer?