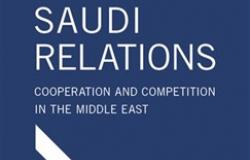 The latest work by Sinem Cengiz on Turkish-Saudi relations provides a comprehensive analysis. Turkey’s political, economic and military relations towards the Middle East are essential issues that remain significant for scholars and students of international relations working on the region. Despite the need for a comprehensive assessment of Turkey’s approach to countries in the region, the literature on Gulf studies lacks elaboration of the bilateral ties between Turkey and the GCC (Gulf Cooperation Council) countries. Cengiz’s book thus fills a gap and scrutinizes the evolution of Turkish-Saudi relations, considering three - domestic, regional and international - levels of analysis.

To start with the content analysis, Part I illustrates that in the 1990s, Turkish-Saudi relations were dominated by mutual distrust and suspicion over security-oriented disputes regarding the PKK and the Cyprus Crisis.  In this era, the Syrian deal with Turkey through the Adana Agreement (1998) over agreeing to classify the PKK as a terrorist organization and deporting Abdullah Ocalan, was a milestone for Turkey’s approach to Saudi Arabia. Although Cengiz’s coverage of Turkish-Saudi Relations is already a notable contribution to the Gulf Studies literature, her extensive explaining of the role of the PKK in the security nexus of Saudi-Turkish tension in the region is crucial. In fact, as Cengiz avers, the role of the military in Turkey’s foreign policy strategies towards the Middle East overlap with concerns about terrorism. Thus, discussing the role of the PKK and Saudi Arabia’s policies towards to Kurds in the region is foundational to explain the parties’ further tensions in later years.

Part II steers towards the 2000s and probes domestic changes in each country that encouraged both of them to consolidate bilateral relations, up until the Arab uprisings. This section outlines the main issues between Turkey and Saudi Arabia before the Arab Spring and in an era of domestic reforms in both countries. Part III delineates their opposing stances in the post-Arab Spring era. As Cengiz states, in the era after 2011, Saudi Arabia and Turkey “…had common aims but different methods for reaching those aims, and these methods led to competition” (p.153). This is why, as the book illustrates, the parties had been cooperating on issues that they agreed on, such as “…the rise of Iranian influence in the region, the escalation of the Palestinian-Israeli conflict and the Lebanese crisis” (p.153). However, the parties' ideological struggle remained effective in triggering factors of leadership competition (a moderate Sunni Islam vs Wahhabi Sunni vision), with Mohamed bin Salman’s rising power and the current tensions over the killing of Jamal Khashoggi.

The book’s scope both in terms of levels of analysis and periods (the 1980s -2020s) enables readers to have a coherent and extensive understanding of Turkish-Saudi relations. Notably, the pre-Erdogan era is described exhaustively: something which is partially missing in the contemporary analysis and literature. Cengiz underlines her approach with regard to the possibility of any prospective improvement of the bilateral relations: “Turkish-Saudi relations could not be developed on a sustainable basis if the two countries did not prevent their ideological differences (domestic factors) from interfering in their strategic calculations” (p.155).

As Cengiz stated in her interview with Jadaliyya, the book was written to be accessible to a general audience, which means that academic jargon and complex theories are deliberately avoided. Thus, although it is academic, readers looking for a semi-academic book may also find it useful. In terms of content, the study goes beyond its title, providing details more than is promised on Turkish and Saudi political history in the 1990s and 2000s covering the states’ regional policies and bilateral ties. ‘Turkish-Saudi Relations’, thus, is an original contribution to the Gulf studies literature not only through examining critical content comprehensively, but also as it provides an incredibly detailed analysis stemming from the interviews that the author conducted during her field research in the region.

Despite the importance of interviews providing an insider view of the study, the author does not give the citations, instead referring to them as interviews. Rather, Cengiz briefly mentions the interviews in the Introduction; however, later in the text, the reader is not informed again that the quotation or reference supporting the argument is from her personal talks, not from a written work. The reader is only able to see the massive contribution of the interviews by going to the Notes that appear at the end of the book.

Although the absence of a theoretical outlook is intentional, as Cengiz states in her interview, the book lacks a conceptualizing or theorizing of the knowledge provided through the intensive primary sources and examples from the case studies. Put differently, readers can get all types of information about Turkish-Saudi relations, but the content is not conceptualized. The absence of the theoretical framework also undermines the coherence of the theoretical concepts used. For instance, the book examines the relations in three levels of analysis (which could be related both to neorealist and constructivist approaches); however, it then quotes Antonio Gramsci who is mostly regarded as being in the category of post-structuralist international relations (p.93). The alignment of levels of analysis also differs from one section of the book to another. For instance, Part I and II discuss domestic, regional, and international factors, but in a different order in each part, whereas Part III goes in the order regional-domestic-regional-international. For instance, in Part II, before discussing international environment in Chapter 5, it could be more coherent to elaborate on regional developments in Chapter 6 to pass through from the narrow (domestic) to the broader (international) scope. In another way, the international and regional levels of analysis could be combined to not contravene the flow of the text because international aspects also include domestic and regional factors.

Ultimately, Cengiz’s volume contributes to a broader discussion about Turkey’s position in the Middle East in the last three decades and its engagement with Saudi Arabia. The book adds to an ongoing conversation about post- Arab spring controversies bringing very recent issues to the scope. ‘Turkish-Saudi Relations’ delivers an insightful contribution to the Gulf studies literature for those looking for a deep case study supported by interviews rather than a purely heavy theoretical reading.

Betul Dogan Akkas is a PhD candidate in the joint degree programme between Qatar University Gulf Studies Center and Durham University School of Government and International Affairs. She obtained her MA degree with a thesis titled ‘Securitization of Qatari Foreign Policy’ at Qatar University. Dogan Akkas completed her BA in International Relations at Bilkent University. Her research interests include foreign policy making, security and social transformation of the Gulf Countries.