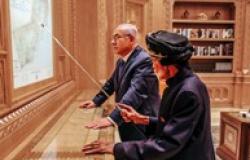 Clive Jones and Yoel Guzansky’s joint volume provides a rich discussion on the Gulf monarchies’ controversial ties with Israel. Considering the current normalisation of relations with Israel led by the United Arab Emirates and Bahrain, the title of this book, Fraternal Enemies, is even more relevant. This study indicates that the foreign affairs of the Gulf Cooperation Council (GCC) countries with Israel started decades ago; however, for regional and domestic reasons, these relations have not been formal and open. These clandestine ties even include security cooperation; thus, the UAE and Bahrain’s current deal with Israel is not a surprise, rather an expected opening of a Pandora’s box. Fraternal Enemies is a timely contribution to Middle Eastern studies, raising more questions in the reader’s mind, in addition to providing a wide historical perspective on controversies and conflicts of interest.

Jones and Guzansky discuss the GCC’s relations with Israel in five chapters. The introduction gives the reader the main framework of analysis, defining main arguments and underlining the concept of tacit security regimes (TSRs) in rendering GCC-Israel relations. Although there were not yet any formal relations at the time of the book’s publication, the authors clearly state in this section that there are prospects for further development of Israeli ties with the Gulf monarchies. I will summarise the book’s underlining assumptions and arguments in two dimensions. First, for the authors of Fraternal Enemies, the motivation behind the clandestine affairs of the GCC states and Israel are three hard security issues: “…Iran’s growing regional influence; the rise of non-state armed groups; and shared unease over Washington’s engagement across the Middle East” (p.19). However, the book focuses more on Iran, discussing other factors in the ties concerning the Iranian role in the region, including its proxies in Syria, Lebanon, and Yemen, and its potential nuclear power. In other words, the book scrutinizes Israel-GCC ties with regard to Iran’s impact on the regional security complex (especially in chapters 4 and 5). Along the same lines, quotations from politicians throughout the book show the transformation of Arab-Israeli relations with regard to Iran, without requiring peace in the occupied territories. However, although the book provides an impressive outline of Iran’s politics, the role of the Israeli occupation of Palestine in the Gulf monarchies’ calculations in their ties with Israel is not discussed much at all.

The second dimension in the general framework of the book is the introduction of a particular term, ‘tacit security regimes’, to conceptualize this ‘indispensable alignment’ amid regional calculations. TSR is a valuable contribution of the authors, not only defining the Gulf monarchies’ ties with Israel but also re-emphasizing the changes and continuities in the security paradox of the region. According to Jones and Guzansky, the leading utility of a TSR is to provide cooperation over the Iranian threat without compromising sensitive political positions that might trigger internal opposition (p.11). The constructed TSR to be applied to Israel’s ties with the Gulf Monarchies is defined in six elements. First, the scope and level of interaction between Israel and several of the Gulf monarchies are dependent on security and economic interests, not geographical distance. Second, the security regime is a function of shared threat perception regarding the containment of Iran. Third, the involved actors of the TSR recognize ideational and domestic factors affecting their ties. Fourth, each of the parties have subjective perceptions on the US role in their security. Fifth, there is an exchange of materials and knowledge between the parties for the sake of mutual business and commercial interests. These potential ties are perfectly fitted to “Israel’s use of soft technical power for hard diplomatic gain” (p.19). Sixth, the security regime is not static. Instead, it adapts itself according to the ideational contexts dictated by domestic politics. This can allow the TSR to include more open types of relations in future.

After a detailed introduction of the book’s framework, Chapter one briefly illustrates the vexed history of Israeli-Gulf relations in regard to issues of Israeli occupation, the Iranian threat, and the US influence on all of these actors involved in the TSR. Chapter two is dedicated to Israel’s relations with Oman, Qatar, Bahrain, and the UAE, in terms of politics, economics, and trade. In respect to Israel’s current deal with the UAE and Bahrain, this section might attract more attention from scholars and policymakers with its insights on further cooperation. It is worth noting that Jones and Guzansky scrutinize Israel’s high-tech trade with the UAE that includes the sale of surveillance cameras and electronic fences for border security, and Pegasus spyware for tracking the private communications of potentially any organization or person by the intelligence service. Despite the UAE’s proximity with Israel through cooperation in these crucial security measures, the authors (incorrectly) predict that Bahrain would be the first country to open formal relations with Israel.

Chapter three is devoted to Israel’s ties with the most important GCC actor, Saudi Arabia. The relations between these regional hegemons have been legitimised to some extent; however, the domestic pressure on both countries, based on ideational constraints, is still determinant in the clandestine nature of relations. There is an interesting statement, which might confuse readers on the book’s approach, on page 114. The authors mention the potential problems for Israel because of its growing alignment with the Gulf monarchies. We can certainly agree that, for Israel, public opinion or the approach of political elites is determining of their further ties with Arab countries. However, the book gives the example of the murder of the Saudi journalist, Jamal Khashoggi. It defines these relations as risky for Israel’s “…reputational price to be paid in the court of international opinion” (p.114). This section of the book also warns Israel because of its foreign affairs with the Gulf monarchies with the following statement: “Equally, however, such ties had the potential to damage Israel’s international reputation among Western, notably European, states where normative behavior, not least in the realm of human rights, was held up as the benchmark in the conduct of foreign policy” (p.114).  With respect to the book’s comprehensive coverage and acknowledging that it is not focusing on the Israeli occupation, warning Israel over its reputation for human rights because of its ties with Arab countries is rather odd.

Chapter four and chapter five carry the discussion beyond the title of the book, embracing a detailed and intensive discussion of Iran’s impact, including controversies triggered by the JCPOA, the Trump effect on these current strains with Iran, and the Syrian civil war as a case study of Iran’s impact on the Israeli-Gulf proximity. Throughout these chapters, the reader gains more insight into Trump’s policy in the Middle East, supervised by Jared Kushner and in cooperation with two famous crown princes of the Gulf, Mohammed bin Salman (MBS) and Mohammed bin Zayed al Nahyan (MBZ). In these chapters, there is a point worth noting on the UAE’s ties with Iran. Although the Emirates are bandwagoning to Saudi Arabia in accusing Iran of causing the regional unrest, particularly with its proxies in Syria, Lebanon and Yemen, the UAE does also have close economic and diplomatic relations with the Islamic Republic. Adding the UAE’s ties with Iran into these complex security calculations between Israel and the Gulf monarchies over Iran’s nuclear energy and role in Syria might have enriched the discussion.

Having said that, the book provides a highly valuable resource for scholars and policymakers who are interested in Israel’s ties with the GCC monarchies. Jones and Guzansky exhaustively cover multiple perspectives on the burgeoning relationships between Israel and the GCC, including regional conflicts of interest and controversies with regard to arms sales, nuclear enrichment, high-tech trade relations, and proxies in the Syrian civil war. It is worth noting that the book provides a masterful analysis of the historical evolution: but it does require the reader to already have knowledge of the background contexts.

Betul Dogan Akkas is a PhD candidate in the joint degree programme between Qatar University Gulf Studies Center and Durham University School of Government and International Affairs. She obtained her MA degree with a thesis titled ‘Securitization of Qatari Foreign Policy’ at Qatar University. Dogan Akkas completed her BA in International Relations at Bilkent University. Her research interests include foreign policy making, security and social transformation of the Gulf Countries.