Did the BRIC-Hype in the mid-2000s Distort Global Capital Flows? 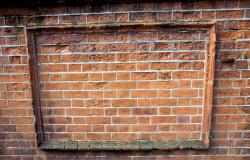 In November 2001, Goldman Sachs’ chief economist Jim O’Neill published a research paper, in which he sought to highlight the considerable size of non-Western economies. To make his point, he coined the acronym ‘BRIC’, a label he used to refer to a group of four rather diverse large non-Western economies: Brazil, Russia, India and China. As O’Neill openly admits, the coinage of the term was largely accidental. He had neither visited the countries, nor seriously analyzed their economic fundamentals before coining the term.  Grouping the four countries together simply made for a useful comparison to the G5 (the five largest Western economies), and happened to result in a fitting metaphor (‘Building Better BRICs’). In his own words, O’Neill finds it ‘amusing that it [the acronym] was considered so profound’ (O’Neill 2011, p. 28). Maybe most strikingly, he suggests that his selection of Brazil over Mexico was due to the fact that ‘Brazil … happens to produce some of the world’s best football players’ - an ‘ongoing obsession’ of the former independent director of football club Manchester United (O’Neill 2011, p. 20). In short: the four countries’ selection into the acronym was highly arbitrary, based on idiosyncrasies and their combined economic size, rather than elaborate analyses of their economic fundamentals or sophisticated forecasts about their economic prospects (or even an attempt thereof).

Despite the lack of solid foundations, the acronym became a hugely popular financial term among communities of investors and the financial press in the mid-2000s that for a short while enticed investor phantasies about supposedly untapped opportunities to make financial gains. So much so that some commentators have accused Goldman Sachs of deliberately promoting the acronym as a marketing tool to lure investors to its BRIC-tailored financial products. But is there any evidence that the rise of the BRIC acronym distorted global capital flows towards Brazil, Russia, India and China?

In a research article that was just published in New Political Economy – and which is available open access online - we leverage the arbitrariness of the selection of the four countries to study that question using econometric techniques. We use various measures of the frequency of mention of the term ‘BRIC’ in the financial press to measure the degree of diffusion of the acronym among communities of financial investors, and evaluate how strongly it correlates with relative capital inflows in the two main markets for corporate investments: short-term portfolio equity (PEI) – i.e. the buying of corporate shares in local stock markets by foreign individuals or institutional investors -, and long-term foreign direct investments (FDI) – i.e. the acquisition of large, controlling stakes by multinational enterprises. To estimate the size of the BRIC-effect net of other potential dynamics that may contribute to making the BRIC economies attractive destinations for global investors, we include a battery of control variables that proxy for countries’ economic fundamentals and global market conditions.

The evidence that our analyses uncover is mixed: on the one hand, we find strong indications that the promotion of the acronym by Goldman Sachs and the financial press in the mid-2000s indeed led to a boost in short-term PEI flows to the four BRIC economies, with each one of them receiving a much larger share of the total PEI investments flowing to emerging economies in that period than what macroeconomic fundamentals could possibly explain. On the other hand, we find no such effect at all in markets for long-term FDI.

How can we explain that? Are short-term investors more easily seduced by fanciful visions about the future than long-term investors? Are FDI investors more rational or smarter than PEI investors? We don’t think so. Instead, we suggest, the difference is due to important, underappreciated structural-institutional differences characterizing the environments under which short-term (PEI) and long-term (FDI) investors operate. FDI decisions are typically being made in lengthy deliberations by groups of people with diverse skill sets. Furthermore, since FDI investors buy such large stakes in other companies (which oftentimes are not publically listed), re-selling the assets is difficult – that is, markets for FDI are relatively ‘illiquid’. Markets for PEI work very differently. For one, investors act individually or in small teams and take decisions quickly. Furthermore, the logic underlying the generation of financial returns is distinct. FDI investors hope to benefit directly from the revenue streams that they predict a target company is going to generate in the future. The same needs not to be true for PEI investors. Because markets for PEI are so liquid and shares pass hands so frequently, (short-term) returns in markets for PEI are primarily driven by expectations about future trends rather than the actual materialization of these trends (as in markets for FDI). In other words, to a significant extent profit-making in markets for PEI does not depend on market participants being able to correctly predict what is going to happen in ten or twenty years, but on their ability to predict what other participants are going to believe about long-term trends in the close future (independently from whether these beliefs are right or wrong).

This distinction is crucial because it can put investment fashions in a different light: when the generation of financial returns is tied to economic fundamentals (as in markets for FDI), investment decisions based on overly optimistic scenarios about the future will turn sour when the anticipated trends don’t materialize. But when financial returns are primarily driven by other participants’ beliefs in the present about what is going to happen in the future, jumping on the train of an unfounded investment fashion early can be a profitable strategy as long one is able to re-sell the assets before the bubble bursts. That is, under such conditions, rather than being merely ‘irrational aberrances’, investment fashions can function as valuable coordination devices for shrewd investors eager to play the expectations game.

Our findings that the BRIC acronym distorted PEI but not FDI flows is strongly consistent with this account. What it highlights in a broader perspective is that investment bubbles – of which the short-lived BRIC boom in the mid-2000s is just one example – shouldn't necessarily be interpreted as evidence that investors lack intelligence. Cycles of booms and busts in stock markets are often portrayed as the inevitable product of the interaction of herds of foolish investors who can’t help but follow their innate ‘animal spirits’. Yet, as our case study shows, when following unfounded investment fashions makes no financial sense (as in markets for FDI), investors were clearly able to resist temptations to buy into the unfounded BRIC narrative. They didn’t in markets for PEI, yet it seems plausible to us that this isn’t so much due to investors actually believing the BRIC hype, but rather because the specific institutional market structures in markets for short-term investments can make it rational for investors to behave (seemingly) irrationally.

Lukas Linsi is a post-doc at the University of Amsterdam.

Florian Schaffner is a data scientist holding a PhD in economics from the University of Zurich.

O'Neill, Jim. 2011. The Growth Map: Economic Opportunity in the BRICs and Beyond. New York: Portfolio.

UK General Election: The View from Across Europe