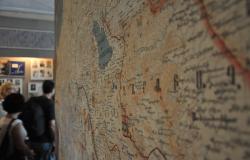 The new trilateral agreement spells the end of the “Nagorno-Karabakh” region as we know it. There is no empirical “Nagorno-Karabakh” anymore to match its oft-used geographic-political or – legal label. Ethnic Armenians will get the same cultural and linguistic rights as other minority groups in Azerbaijan.

A truce signed between Armenia, Azerbaijan and Russia on November 10 halted hostilities between Armenia and Azerbaijan in and around the “Nagorno-Karabakh” region (thereafter NK), the label applied to a mountainous region of Azerbaijan with ethnic Armenian majority. The recent flare-up that began on September 27 and lasted for six weeks followed almost three decades of futile OSCE-mediated negotiations.

According to a new agreement, Azerbaijan cemented territorial gains in the four southern districts surrounding NK (Fuzuli, Jabrayil, Zangelan, Gubadli) as well as parts of the territory of mountainous Karabakh itself including Madagiz (renamed Sugovushan) in north-east, Hadrut in south-east and the cultural center of historic Karabakh – the hill-top town of Shusha. Armenia agreed to pull out of the three other districts of Kalbajar, Aghdam and Lachin (except for a 5-km Lachin corridor) and transfer these areas to Azerbaijan by December 1 this year. A Russian peacekeeping contingent deployed to the line of contact and along the Lachin corridor, and a new road is to be constructed to connect Khankendi/ Stepanakert with Armenia bypassing Shusha. The Armenian military forces and hardware will be replaced with Russian peacekeepers.

Here is three reasons why the new agreement makes the notion of “Nagorno-Karabakh” obsolete:

First, the territorial dimension. Territories that Armenia cedes to Azerbaijan following its military losses are considerable. Redrawn borders truncate the geographically expansive self-proclaimed “Nagorno-Karabakh Republic (NKR)”-- comprising NK plus seven adjacent districts – to just about 30 percent of its former size. The new status quo also reduces the size of the former Soviet administrative unit named “NKAO” or the Nagorno-Karabakh Autonomous Oblast – the region that originally sought to secede from Azerbaijan and join Armenia in the late 1980s.

The so called “Nagorno-Karabakh Republic” – not recognized by the international community and not even by Armenia itself – resulted from the merger of the former Soviet-era NKAO with the seven adjacent districts of Azerbaijan in 2006 and an ethnic cleansing of Azerbaijani population from those areas. The goal was to create a mono-ethnic Armenian statelet or province devoid of any other ethnic group in what Armenian Prime Minister Pashinyan in a recent interview with tagesschau.de called the land where “Hay people live” or “the land of the Armenians”. Four of the seven adjacent regions have been retaken by Azerbaijani army, and the district of Aghdam – a province with 99% Azerbaijani population before the war and now turned into a ghost town – was handed over to Azerbaijan last weekend.

Due to the border shifts, the concept of “Nagorno-Karabakh” becomes a passé, both physically and legally. The popularized view holds that majority Armenian Nagorno-Karabakh “was placed” within the Soviet Republic of Azerbaijan by Stalin is not only misleading but also historically inaccurate. In the early 1920s, Karabakh – a bigger territory than its “nagorno” (or mountainous) part – had an Azerbaijani majority population. Nagorno-Karabakh was artificially carved out to build an ethnic Armenian-majority “oblast”. The resolution of Kavbiuro (Caucasian Bureau) adopted on July 5, 1921 – the infamous “Stalin’s decision” (on which Stalin himself did not even vote) -- stated that due to economic ties between lowland and highland regions of historic Karabakh, “mountainous Karabakh is to remain within the borders of the Azerbaijan SSR” (see Audrey Altstadt, The Azerbaijani Turks, 1992, p. 118). The decision to separate the mountainous part of Karabakh from its lowland parts to build an ethnic-Armenian dominated enclave within Azerbaijan was taken by Azerbaijani Communist Party’s leadership which at that time was dominated by ethnic Armenians and Russians.

In 1922, the Azerbaijani Communist Party set up a commission to decide on the shape and status of what became known as “Nagorno-Karabakh” that did not include a single ethnic Azerbaijani representative. That commission’s decision was to separate the mountainous portions of Karabakh into a separate administrative unit from the rest of the historic Karabakh area based on an ethnic principle, and thus “Nagorno-Karabakh Autonomous Oblast” [NKAO] was carved out of the territory of Azerbaijan.

The Armenian military defeat this time around reduces the territory of the former NKAO to a much smaller size, in fact to less than a third of the territory Armenian separatist authorities controlled before war broke out.

Second, militarily, the new borders not only shrink the territory of the former “NKR” but also isolates it from its immediate border with Armenia. After border adjustments, the ethnic Armenian-populated areas will be surrounded and placed much deeper inside Azerbaijani territory (and surrounded by a much stronger Azerbaijani military and also possibly Turkish military). Smaller size also makes it harder for Armenian separatists to transfer and transport military hardware.

By retaking the strategically located Shusha, Armenian separatists will be much more vulnerable to any attempts to revision the borders by military force. Shusha’s strategical location prevents any military build-up in Stepanakert, which is 10 kilometers away to the north.

Finally, legally speaking, the agreement does not mention anything about the future status of the Armenian separatist entity, and Russian foreign minister Lavrov said that the status “has not been determined”. This means that UNSC resolutions – that confirm Azerbaijan’s territorial integrity – remain in force. President Putin himself recently stated that from the international law point of view, Nagorno-Karabakh and the adjacent districts are recognized as “an inalienable part of the Republic of Azerbaijan”. Local ethnic Armenians’ right to self-determination appears to be questionable as is any parallels with Kosovo. If Stepanakert/Khankendi becomes a de facto Russian protectorate, as some experts argue, there is no legal mandate for Russian PC contingent – whose term is limited to 5 years with the possibility of extension -- to take over governance of the Karabakh Armenian entity in international legal terms. The authority of the former separatist governor Arayik Harutyunyan had not been recognized before the war and leaves his future status unspecified. All this leaves Baku the only legitimate and legal owner of Karabakh lands. Azerbaijan, in its turn, abolished the “autonomous oblast” status of NK in 1991, so technically NK ceased to exist 30 years ago.

Instead of a territorially delineated autonomy, ethnic Armenians will enjoy the same status and rights as other ethnic minority groups in Azerbaijan including the full range of cultural and linguistic rights. The range of such cultural rights might be expanded and cultural heritage sites need to be protected.

Farid Guliyev is a Post-Doctoral Fellow at Justus Liebig University Giessen, Germany. Previously, he served as a visiting lecturer at the OSCE Academy in Bishkek and as an Assistant Professor of Political Science at ADA University in Baku, Azerbaijan. In 2016-17, he was a Fulbright Scholar at the George Washington University, Washington, DC. The usual disclaimer applies.