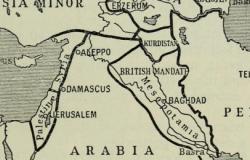 While the streets of the Iranian capital are in a Nowruz lull, the politics behind the scenes of the Islamic Republic is anything but calm. Remarkably, in his address marking the Persian New Year, Supreme Leader Ali Khamenei spared the usual anti-American rhetoric; at the same time, however, Foreign Minister Javad Zarif threatened to walk away from the 2015 nuclear deal if the United States were to fall foul of its commitments under the agreement formally known as Joint Comprehensive Plan of Action (JCPOA). Clearly, the arrival of President Trump at the White House – who brandished the UN-endorsed JCPOA as “the dumbest deal ever” – has got Iranian officials think twice about their country’s main predicament: its strategic loneliness.

One possible partner that Tehran is finding a renewed interest in is the European Union. Though central to the decade-long negotiation efforts that brought about the JCPOA, Brussels has been clearly less relevant for Iranian policymakers bent on bilateral relations with EU member states. However, engaging with Europe means understanding the nature of this multi-level actor as well as its international outlook. The latter includes a firm interest in a strong transatlantic relationship, which makes the EU-Iran-US triangle a delicate construct in need of rebalancing.

From an Iranian perspective, three sets of EU actors are relevant: The member states, Iran’s ‘preferred partners’; the European External Action Service (EEAS), acting in effect as ‘guardian of the JCPOA’; and the European Commission and Parliament, two ‘secondary actors’ by European foreign policy standards but increasingly important for the development of the EU’s comprehensive policy towards Iran.

First, member states are crucial for Iran as they are the ones promoting a re-establishment of trade relations with the Islamic Republic. Throughout 2016 following the JCPOA’s entry into force, EU-Iran trade nearly doubled compared to the previous year. However, the current trade volume of €13,7 bn still stands at only half its of 2011 value. Importantly for Iran, exports to the EU more than tripled, though from a very low base due to the post-2011 European oil embargo. Yet even this was not easy to achieve, as the example of the first Iranian tanker reaching Europe a full year after sanctions were lifted shows: Even with formal restrictions gone, the issues of re-classing, flagging, insuring, and certifying Iranian vessels bogged down the export of Iranian crude.

Member states are also important for Iran because of the companies they host. Whether French Total, Anglo-Dutch Shell, German Siemens, or Austrian OMV – while all being private corporations, they nonetheless entertain good relations with their respective governments. In fact, they rely on their active support, not only in contact with the Iranian authorities but also when it comes to relations with the United States.

At the moment, much of the European-Iranian trade honeymoon is on hold, as companies are waiting for the new U.S. government to re-issue the sanctions waivers agreed under the deal. The first set of these will have to be renewed in mid-May, given some waivers last for 120 days (other for 180 days) and assuming that the Obama administration renewed them in mid-January, shortly before the presidential transition. Thus until President Trump actively confirms his willingness to abide by the deal he so despises, European companies won’t fully re-engage in the Iranian market.

The second important European player is the EEAS. Its secretary-general, Helga Schmid, was the focal point of the multilateral negotiations (then in the position of deputy secretary-general) and is a trusted interlocutor for the Iranians. More importantly for the present, the EEAS with its dedicated Iran Task Force chairs the meetings of the Joint Commission established under the JCPOA. This body, comprising representatives of the eight signatories (China, the EU, France, Germany, Iran, Russia, the United Kingdom, and the United States) is tasked to oversee the implementation of the agreement.

Crucially, the Joint Commission not only has to adjudicate on possible violations of the letter of the accord, but has to uphold its spirit too. This is increasingly difficult in a hostile environment in which the United States and Iran accuse each other of material breaches. Each side is capable of – and apparently willing to – ‘rock the boat’ by either extending existing sanctions and mulling new ones (Washington) or by continuously testing missiles (Tehran). This leaves the EU in the middle, trying to preserve an agreement that itself – but also its partners – are heavily invested in.

Nonetheless, the EU wants to go beyond the JCPOA and shape a more comprehensive set of relations with Iran. To do so, a third group of actors is crucial, i.e. the European Commission and the European Parliament.

Focusing on ‘external relations’ beyond the more narrow foreign and security policy, the Commission holds the key to the EU’s riches, be they trade relations, development aid, or technological and scientific cooperation. A trip to Tehran by no less than seven Commissioners plus Vice-President Federica Mogherini in April 2016 underscores this body’s centrality: Together with their Iranian counterparts, they explored areas of potential engagement including “economic relations, energy, environment, migration, drugs, humanitarian aid, transport, civil protection, science and civil nuclear cooperation, as well as culture”.

The European Parliament’s resolution outlining an “EU strategy towards Iran after the nuclear agreement” of 2016 took a similarly broad approach. It proposed ‘a dialogue of the four Cs’: comprehensive in scope, cooperative in fields of mutual interests, critical, open and frank in areas of disagreement, and constructive in tone and practice. Importantly, it made the further developing of EU-Iran relations conditional on the continuous and full implementation of the JCPOA.

These contingencies highlight the significance of the EU-Iran-US triangle: One side (EU-Iran) cannot prosper if the other (Iran-US) deteriorates. As it happens, with the arrival of Trump at the White House, even the third leg (EU-US) is shaken in its foundations. The JCPOA is, on the one hand, the only international agreement that binds the three sides together; it is also, on the other, the most vulnerable link in this chain.

The EU’s incredibly difficult task is to preserve the nuclear deal in a time of uncertainty. The more Tehran understands – and appreciates – that this European part is also in its own interest, the better.