Brexit of Champions? The World’s Last Empire has Left the Building 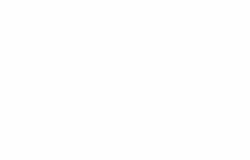 Martha Molfetas suggests that Britain’s vote to leave the European Union may just be the first of many coming turns towards isolationism.

Last Friday was truly a day that will live in infamy. We can thank the political machismo of current Prime Minister David Cameron, Brexit and Euro-skeptic Nigel Farage, and former London Mayor Boris Johnson. Their battle for the heart and soul of the UK’s Conservative Party by-way of xenophobia allowed this vote to even happen. Winston Churchill is rolling in his grave as his dreams of a united Europe and a sane Conservative party gets tossed in the rubbish bin.

Not all Britons could vote in this referendum, like UK citizens residing off the island in faraway places like Spain and Italy. Now millions of Brits and EU citizens will be affected. Markets in the UK only took a couple hours to crash by more than the last recession. It's political and economic Armageddon, and England & Wales – you voted for it. Can't say the same about your sisters Scotland and Northern Ireland, but from the looks of it – they are both keen to get out while they can before this ship sinks.

Within hours, Sinn Finn made a call for a united Ireland, and Scottish Prime Minister Nicola Sturgen affirmed that Scotland’s place belongs in the European Union and a second referendum on Scottish Independence is eminent. All this against the backdrop of the pound dropping in concert with the London Stock Exchange, and every other major stock exchange around the globe. The pound reached a low not seen since 1985 – just a couple years shy of when I, and most people alive today, were born. This decision will have far-reaching repercussions on global economies for years, maybe even decades. This morning, UK stocks lost £125 billion – that’s the same as the UK paying out 15 years worth of EU contributions. But I’m sure the best of the worst is yet to come.

As someone who worked, studied, and lived in the UK for half a decade and recently relocated back to the US – I'm saddened to see the country I called home, the place I grew up, even have a referendum on staying in or leaving the EU. The choice was clear, the UK could choose to continue on a path of unity and international harmony, or motion towards the isolationism and Euro-phobia Farage and other Euro-haters love so much. I guess my partner and I will never live in the UK again. And I guess many of my friends still over there may start coming back stateside or relocating to EU countries – not of choice, but because they'll now be forced to take their Ivy-league and Reagents Group graduate educations, leave their high tax paying jobs, and go some place else.

Had this campaign been more focused on facts and less divisive, and pivoted towards xenophobia, perhaps it would strike a less severe blow. This vote brings the UK’s national tenor one step closer to 'V for Vendetta' and one giant leap away from the post-WWII hope and unity Winston Churchill strove for.

I'm revolted. Most people who ever fell in love with the UK feel the same, along with the 48% of Britons who voted to remain. This decision sends a clear signal to the rest of Europe and the world that the discourse and international cooperation that has been the cornerstone of our post-Cold War world for 20+ years is on the way out. The UK isn’t alone in becoming increasingly isolationist; it’s just the first country to decide officially that that neo-liberal global politicking they played a significant part in for the last 40 years is over. The world’s last Empire has left the building.