Marching Orders: Carnival of Cocaine Cancelled at the G20 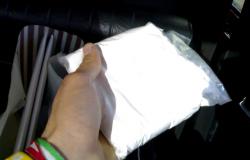 While en route to the G20 summit in Osaka, a member of Brazilian President Jair Bolsonaro’s security detail, Sergeant Silva Rodrigues, was stopped in Spain with 39 kgs – yes, thirty-nine kilos – of cocaine. This is an enormous stash for one person to try to shift on an aeroplane, even (or especially) a military one. It has an approximate street value of £4 million in the UK, and likely a lot more given that it was probably uncut.

Spain, though, is probably the worst place in Europe to try to transit with large amounts of drugs. The country regularly intercepts multi-tonne cargos of illicit narcotics, due to the fact that it has substantial domestic consumption and it is also the only continental gateway where two of the main global trafficking routes converge into Europe (namely, a West African one via Morocco, and one of the more southerly direct channels from Latin America across the Atlantic).

This in turn raises a number of serious questions. Given that someone so close to the Brazilian President felt able to move so much cocaine – 39 kgs would have represented a major haul in many European countries, and generally would only be discovered on a boat, in a port – suggests that he had very much crossed the line. Did he assume that the diplomatic immunity conferred by travelling in a G20 delegation meant that he would be neither searched, nor his contraband ultimately discovered?

Perhaps even more troubling is what this episode says about the Bolsonaro government. It is – or should be – remarkable that someone so close to the President can be corrupted, using the state security umbrella to traffic drugs. It is perhaps even more astonishing that someone working within the military might seek to do so without being discovered before provoking a major international incident. Was he a single ‘bad apple’, or does this suggest a wider culture of impunity within the Bolsonaro administration itself? If the latter, how high does the corruption go?

Many more amusing questions also come to mind. How did the man squeeze so much into his 23 kgs baggage allowance? Was the coke intended to travel all the way to Japan? If it was, who was it intended for: just those ‘below stairs’, or the delegates themselves? There is obviously nobody better to host a summit after-party than the Brazilians, but what happens now it’s no longer snowing in Osaka? Will it just be sake and sushi, instead of supernova caipirinhas? Can we expect a degree of diplomatic blow-back in the Brazil-Spain bilaterals? Are the Brazilians now desperately asking the British delegation for the numbers of local dealers, as well as expressing their disappointment to lame-duck Prime Minister Theresa May at dead-duck Michael Gove’s failure to make the final round in the Conservative leadership race and be here shadowing her at this year’s summit?

Jokes aside, there is something both strangely compelling and absolutely infuriating in the spectacle of supposedly whiter-than-white politicians who have come to power espousing moralistic crusading agendas demonstrating, whether through their own deliberate – and deliberately concealed – actions, or by failing to uphold standards in their staff, rank hypocrisy when it comes to drugs. In the UK, parliament itself is absolutely teeming with traces of cocaine, yet politicians continue to spout disingenuous nonsense while actively undermining inconvenient expert knowledge on the subject that flies in the face of successful and exciting developments in legal change elsewhere in the world. Some even have breathtaking conflicts of interest: Victoria Atkins, the minister responsible for regulating drugs in the UK has taken a continually hard line on the prohibition of recreational cannabis while her husband actively builds a licit medical cannabis empire largely free from competition (due to a paucity of licences) behind what are effectively legal trade barriers over which his wife has a substantial degree of influence.

Recent weeks have brought a succession of old, white, male British politicians who are generally wealthy, usually aristocratic and were educated in the country’s dangerously anachronistic elite public schools – which exist largely to train reactionaries to run an empire which no longer exists – reflecting on their drug use while at university. This nearly always took place at Oxford, a place that continues to incestuously spew out a constantly self-reproducing caste of “overconfident and intellectually shallow” chancers that is the Tory party elite. Their admissions about previous recreational drug use have involved relentless lying, both in terms of downplaying the frequency and extent of their recreational experimentation, and always solemnly declaring it “a mistake” that they “regret”.

This – unless Conservative politicians with leadership aspirations are freakishly unique as a sample of the general drug-consuming population, which is perhaps not impossible given the above – sits entirely askance from the experience of most people, who, in general, and unless they are part of the small fraction with a serious addiction problem, have a good time psychoactively altering their state of mind. Unless, we imagine, they had the misfortune to be sat next to a coked-up, gurning Michael Gove at an afterparty droning on about his ambitions to privatise schools and force kids to give up critical thinking in favour of rote-learning historical dates, rendering them more prone to deteriorating mental health. David Cameron is believed to have spent time raving, and even hosted an “Ibiza-style party” once at Chequers. There is literally no way he did not have a good time doing any of this.

This “lie of repentance” is malicious: it permits politicians to actively continue the failed “war on drugs” and thus deliberately expose less powerful people – often minorities – to the kind of unfair, unnecessary, arbitrary and intrusive surveillance, with all the inhumane repercussions that ensue from convictions that they have never had to fear themselves. Indeed, the only reason the war continues is to police the poor and marginalised. In power, the likes of Gove have even hypocritically sought to end the careers of teachers for engaging in exactly the kind of behaviour that he himself enjoyed with impunity. Why, if the views of converts to the drug warrior cause like Gove and others are sincerely held, are they not advocating “stop and search” in Oxford colleges, such is the apparent scale of criminality there?

The curious case of this week’s Brazilian scandal is even more grotesquely fascinating. Bolsonaro’s proto-Trumpian comments are well-publicised, and have comprised making it easier to shoot those involved in the drug trade, including torturing dealers. Recently, he has enacted much tougher sentencing for traffickers, and engaged in militarised crackdowns against gangs and other criminal actors. In the broader hemisphere, his government has continually railed against the “narco-dictatorship” that has flourished in Venezuela during the late Maduro era, and has even apparently sought to play a key role in potentially toppling the regime in Caracas.

Of course, there is no serious suggestion that Bolsonaro himself is involved in this cocaine fiasco: Rodrigues was in an advance party laying the ground for the President’s arrival, and he was instantly turned over to the Spanish authorities. So, at present, it seems that this is primarily embarrassing for Bolsonaro, rather than a decisive blow to his international credibility.

Perhaps the traffickers should have asked another famous South American with a predilection for the white stuff about how to get it airborne and across the world to a major international gathering successfully: this is something Diego knows how to do in style!