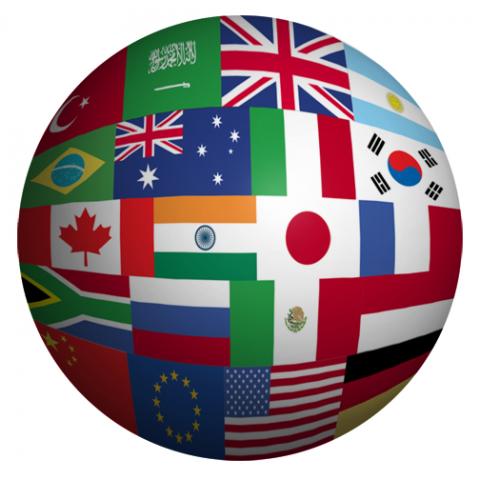 The 14th G20 summit will place in Osaka, Japan from 28 to 29 June 2019. The G20 is the central forum for international cooperation on financial and economics issues and this will be the first ever G20 summit held in Japan.

Prime Minister Shinzo Abe hopes to "realize and promote a free and open, inclusive and sustainable, 'human-centered future society'" by placing the emphasis on "promoting free trade and innovation, achieving both economic growth and reduction of disparities, and contributing to the development agenda and other global issues with the SDGs at its core". He has also pledged to "lead discussions on the supply of global commons for realizing global growth such as quality infrastructure and global health..., exert strong leadership in discussions aimed towards resolving global issues such as climate change and ocean plastic waste..., as well discuss how to address the digital economy from an institutional perspective and issues that arise from an aging society". Prime Minister Abe is also hoping to showcase Japan's role in in creating 'Society 5.0' and encouraging active engagement therein.

Is Automation a Feminist Opportunity at the G20 - Rae White

Japan and the G20 - Globalisation of Home - Hannah Storer

Carlos Ghosn: The Fly in the Abe-Macron Ointment?

We Need to Talk about the Rohingyas at the G20

Jae-In Who? If You Can’t Escape the Past, Ignore It

Practice what you Preach: Where is the Love (for the Environment)?

The Skill of Suffering in Silence: Mindfulness and the G20

An Idiot’s Guide to the Osaka Mega-Weekender!

Come Dine With me… or Don’t: The Japanese Edition

Marching Orders: Carnival of Cocaine Cancelled at the G20

Osaka – the Host with the Most?

Watch out Macron, Abe has his eyes on Trump

The 13th G20 summit will place in Buenos Aires, Argentina from 30 November to 1 December 2018. The G20 is the central forum for international cooperation on financial and economics issues.

The overarching theme of this summit is "Building Consensus for Fair and Sustainable Development" and Argentine President Mauricio Macri has highlighted three priorities: 1) the future of work, with the goal of  "unleashing people's potential"; 2) infrastructure for development, by "mobilizing private resources to reduce the infrastructure deficit"; and 3)  a sustainable food future by "improving soils and increasing productivity".

Beyond dirty development: can the Right do subsidy reform right?

Live from the Bubble: life in the International Media Centre

It Takes Two to Tango: How Argentina is courting world investors

Don’t mention the war: Britain’s loosening grip on the Malvinas?

Timing is Everything in Global Summitry…

Hashtags and Glad Rags: What becomes of the G20 in the age of social media?

A Summit of Two Halves

Setting the agenda from a developing country: Argentina’s infrastructure and investment needs at the centre of attention - Martina Alvarez Maradini

The Great Balancing Act: can food sustainability be achieved at the G20 in an era of climate change? - Holly Barden

Can the G20 save our Multilateral Trading System? - Vipran Srivastava

The G20 and The Digital Imagination: A Disappointing and Disconnected Policy Menu - Alex Kirby-Reynolds

Two Tigers at the Summit: Sino-Japanese Relations in the G20 -  Hugo Dobson

The G20: Circus without a Ringleader? - Matthew Louis Bishop

It’s Draining Men: Why the G20 must consider men in their ‘gender perspective’ - Eleanor Harris

Building a Bridge to Nowhere: Why the G20 have got it wrong on infrastructure - Tom Wymer

Just How World Wide is the Web? Rwanda, Digital Inequality and the G20 - Jamie Firby

The 12th G20 summit will place in Hamburg, Germany from 7 to 8 July 2017 with the goal of shaping an interconnected world. The G20 is the central forum for international cooperation on financial and economics issues.

This was the first G20 summit for several leaders including US President Donald Trump and French President Emmanuel Macron. It was also the first major summit of leaders following Trump's decision to withdraw from the Paris climate agreement.

Hamburg and Hong Kong: A Tale of Two Cities

The G20: A Clash Of Civilisations?

Panic on the Streets of Hamburg - The German Right to Protest

Down and Out in Paris and Hamburg: The G20 on Climate Change

“Mother Merkel” Versus the “Axis of Testosterone” at the G20 Summit

The Illusion of Transparency at the G20

Africa and the G20 - A Summit of Contradictions

A Chinese Leadership Role in the Age of Trump - George Ashley

Asia in the G20 - From Missed to Emerging Opportunity - Dobson

The Commitment of the G20 to International Tax Cooperation - Lazarevic

Feeding the G20’s Ego, Food Security and Negligence at the Hamburg Summit - Edwards

G20 Team - The Role of Culture in Global Summitry: Business before Pleasure in Hangzhou

G20 Team - ‘Thank you for your cooperation’: Welcoming words for the world’s media

G20 Team - Who Feels the Consequences of G20 Decisions?: A Tale of Two Cities

G20 Team - China will lead the way, at least we hope it does!

G20 Team - Beyond Business as Usual?: President Xi’s Opening B20 Speech and Development

G20 Team - Blue skies over Hangzhou: clearing the way for a climate-focused summit?

Mantoiu - Infrastructure, China and the Making of the AIIB

Peppiate - Leaving No-One Behind: The G20 and the 2030 Sustainable Development Agenda

Zimmerman - The South China Sea: can the G20 play a part in conflict resolution

Brown - Leadership from below, A Strategic Alignment of BRICS at the G20 or Simply Business as Usual

Wills - More Money for Good, Less Money for Bad A Clash of Finance Objectives at the G20

Kaleem - G20 and the Refugee Crisis, Platitudes instead of Promises

Stiles - The G20 and Regional stability - A summit failure or an impossible vortex of violence?

Sculpher - Economic Growth: Inclusive for Whom?

Moody - Engagement or obligation: The G20’s commitment to gender equality

The GLI team - Security at the G20 Antalaya Turkey: To joke or not to joke?’

The GLI team - Refugee Crisis at the G20 – Day One

The GLI team - The Purge of Free Turkish Media at the G20?

The GLI team - Double Standards or Double Talk?: The Irony of the G20’s Tax Evasion Rhetoric

The GLI team - America’s not the Whole World: The Self-absorbed White House Press Corps at the G20 Antalya

Casson - The Global Economy: Where do we go from Here?

Stiles - Russia and the G7 - Coming Back in From the Cold