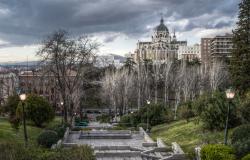 International Media Centre – G20 Buenos Aires Summit. The economic crash in 2008 devastated the Spanish economy and left the country in a six-year long financial crisis. However, when the G20 met to address the global economic crisis at the first leaders’ summit in 2008, Spain was not initially invited to attend. Nevertheless, in the end it was able to attend thanks to an unconventional arrangement with Nicolas Sarkozy, who agreed to let the Spanish prime minister take one of France’s two seats at the summit (the additional seat was due to Sarkozy occupying the rotating presidency of the EU). Spain has continued to attend the G20 summits since then, not as a formal member, but as a ‘permanent guest’. As the G20 does not provide a definition for this term, the distinction between a permanent guest and a member is unclear, but it appears to simply mean that they are permitted to attend all summits without official member status.

The G20 prides itself on the fact that it represents 85 per cent of global GDP, and that the 19 countries in the G20 are in the top 33 economies in the world. Spain comes in at 14 out of 33 on this list, outranking the following G20 members: Mexico (15), Indonesia (16), Turkey (17), Saudi Arabia (19), Argentina (21) and South Africa (33). In order for the G20 to stay true to its name, current members would have to be removed to make way for new ones. A change such as this seems extremely unlikely as, even though the above countries have a lower GDP than many European nations, their inclusion in the G20 is crucial in maintaining the group’s geographic diversity.

While the Spanish government appear satisfied with their guaranteed place at the summit, other countries are not so content with the G20’s membership arrangements. Ministers in the Netherlands, one of the guest countries at this year’s summit, have stated that their country deserves to become a permanent member of the G20. Arguing that the 17th largest economy belongs in the G20, Henk Kamp, Minister of Economic Affairs, stated that the Netherlands should join the G20 following a reshuffle of members, something that has never happened in the group’s history. There has also been pressure for Poland (which comes 23rd on the GDP rankings) to become a member, due to its rapid growth and transformation since the early 1990s.

Some advocate increasing the number of members, perhaps to create a G30, in order to reflect how the global economy has changed. When in office, US President Barack Obama weighed in on the G20’s controversial membership by stating:

Everybody wants the smallest possible group that includes them. So, if they’re the 21st largest nation in the world, they want the G21, and think it’s highly unfair if they have been cut out.

As Spain has remained a permanent guest for ten years, we can safely assume that the G20 does not want to increase its formal membership at present. But aside from official membership, as more countries push to become members, it is possible that Spain will be joined by more permanent guests. What this change would mean for consensus building in the G20 is difficult to predict, but there is the potential for a ‘too many cooks spoil the communiqué’ scenario. Nevertheless, as the G20 approaches its twentieth birthday since its creation as a meeting of finance ministers, it is worth reflecting on whether, as it stands, the group’s current membership risks becoming outdated.