An Idiot’s Guide to the Osaka Mega-Weekender! 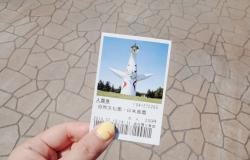 International Media Centre – G20 Osaka Summit. The G20 Osaka Summit is the perfect opportunity for world leaders to escape the pressures of day-to-day domestic and international responsibilities and make time for handshakes, chit-chats and a good old jolly.

Xi Jinping and Donald Trump will be the first to make the most of the free sushi and Asahi and happily forget the Iranian nuclear conundrum and the protests in Hong Kong. They have allegedly already agreed a “tentative truce” regarding their ongoing trade dispute, meaning they can now focus on more pressing issues such as golf handicaps or whether looking like Winnie the Pooh is offensive or not. Depending on the different conceptions of what exactly the G20 is supposed to do, one could argue that despite the multilateralism that it claims to promote, discussions actively avoid important global issues for the sake of keeping face and maintaining soft power.

Since the 2008 global financial crash, the G20 is supposedly the “premier forum for international economic cooperation”, functioning to get the global financial system back on track. However, more than a decade on, what do they actually do now? As the forum whose member states represent 90% of global GDP, the G20 is surely the optimum decision-making body to address international issues, especially those which concern the two major economic powers of contemporary global governance? Yet, discussions are likely to forget sensitive domestic issues in favour of the high life of diplomacy, a nice weekend in Osaka, with the media generally preoccupied with trivia rather than serious policy. At last year’s summit, we described this as largely a “circus” bereft of a “ringleader”.

The mechanisms of the G20 allow for a diplomatic “nothingness” to thrive. In one corner, President Xi will undoubtedly avoid mentioning the USA’s drone and missile altercation in the Straits of Hormuz as a diplomatic quid pro quo with Donald Trump who, in the other corner, will happily forget to mention the estimated one million protestors who took to the streets of Hong Kong a fortnight ago. Multilateral discussions at the G20 will perhaps follow the key themes outlined by the Japanese hosts: innovation, environment and energy, employment and women’s empowerment to name a few, or perhaps the diplomatic nothingness will persist, and everyone will get a chance to practice their smile before the family photo in front of Osaka Castle on Saturday.

It is not merely the G2 of the USA and China that will want to avoid delicate subjects in Osaka. Japan’s Prime Minister, Shinzo Abe (or more accurately Abe Shinzo), will want to suppress talk of next month’s House of Councillors’ election and any hints that his party might lose its current coalition majority. After a few successful bilaterals and working meetings, no doubt Abe will also be able to relax.

Unlike other leaders, Theresa May won’t have pull a sickie to avoid media criticism as her role as British Prime Minister is effectively void. This has, some might suggest, been the default pattern of her international diplomacy throughout, so consumed has her government been with Brexit, and – if we are to believe the unguarded thoughts of British Ambassadors – its international influence has dramatically waned. She can crack on with the sake guilt-free. Protocol dictates that a dimly attended press conference will be held with Laura Keunssberg’s understudy asking questions along the lines of “what’s the retirement plan then Theresa?”, but this is merely a parochial space-filler before “prinks”.

A simpler weekend might be beneficial for Turkey’s President Erdoğan who will be seeking to drown his sorrows since losing Istanbul in the mayoral elections twice in one year after disputing the original outcome (and responded with sullen indignation the first time round). This loss is perhaps the beginning of the end for the AKP and Erdoğan needs a respite to try and regain his composure before going back to face his party, perhaps making the most of Osaka’s spa retreats.

Finally, the less said about Brazil the better. We hope that the contraband intercepted in Spain en route to the G20 was not intended for the mega-weekend invite-only afterparty, but, either way, Bolsonaro’s time in Japan probably won’t be taking its originally intended diplomatic course.

Overall, because the term multilateralism is rarely questioned, the G20’s words and actions rarely get questioned too. Hence, Osaka provides the perfect guise for a good old jolly.