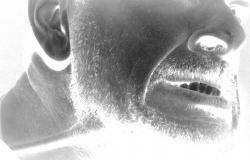 International Media Centre – G7 Charlevoix Summit. The big topic of conversation among the journalists and policy analysts working round the clock at the G7 summit in Québec this year is just how bad a car crash – or ‘giant shitshow’ as one article had it – this year’s gathering will be given the outright intransigence shown by US President Donald Trump towards his country’s major traditional allies, and his disregard for the normal, rational conduct of international relations.

The litany of complaints is remarkable, and includes:

There is no doubt that this is the tensest G7 meeting in living memory. This is particularly unfortunate given that the Canadian government – under the imaginative leadership of Prime Minister Justin Trudeau – has advanced a highly progressive, forward-looking agenda, which, in any other era, would be considered both visionary and constitutive of a set of meaty topics that actually had a real prospect of achieving something tangible. One can only imagine a parallel world in which Hillary Clinton (and even Ed Miliband, as leader of a Britain freed from the shackles of Brexit) are sat around the table with Trudeau, Macron and others mapping out a more socially inclusive globalisation.

For their part, as the summit has got underway, the leaders of the so-called ‘G6’ (i.e. except Trump) are doing the best they can to retain a focus on the main themes on the agenda. Indeed, one criticism that has been levelled at the massed journalists in the media centre is that a degree of sensationalism has taken hold: it is much easier to write about personality politics, to speculate excitedly about the looming possibility of ‘trade wars’, or to rehearse theories about whether Trump really is working for the Russians than it is to grapple with the difficult and often-dull policy details around inclusive growth, automation and the jobs of the future, gender equality, climate change and the devastation of the oceans, or global insecurity.

For many observers, the question that keeps being posed is whether or not the travails faced by the G7 in Québec – at the time of writing, it was not clear whether we would even see a communiqué, something that is unheard of – are so grave that we should, for the time being, talk simply of a G6+1.

One journalist posed the question particularly starkly in an interview with the Global Policy team: ‘What is the future of the G7, is this its gravest crisis, is it sunk?’

The answer to this question, broadly speaking, has four parts.

First, the idea of a ‘G6-for-now’—i.e. muddling through until (and if) the US elects someone more rational, and who embodies liberal values, as President—certainly carries important symbolic value. The other leaders could, if they wish, isolate Trump and restate the case for maintaining the rules-based international order by themselves. However, this only works at the symbolic level: without US participation the G6+1 effectively becomes the G0, since a club of six middle-ranking powers cannot set global agendas alone.

Second, it is, in any case, arguable whether a fully functioning G7 could do this anyway: the body’s significance has already been in question for some time, given that the G20 is now really the default global forum for discussing the kinds of issues that matter in the collective management of the global economic order. This in turn reflects the realities of the post-financial crisis era, in which the so-called ‘rising powers’ account for an increasing share of economic power.

Third, the wider question of power – what we might call the ‘dragon in the room’ – is China. Some thinkers already describe the G20 as effectively a ‘G2’, as its primary function after the 2008 crisis was to get the US and China in the room (along with the EU and other major ‘emerging’ countries) in a forum in which a commitment to liberal democratic is not—as in the case of the G7—embedded in its DNA. What, then, could a putative G6 really achieve in terms of management of the liberal order when the two largest economies in the world are, in the case of China (ironically the country now most committed to keeping the global trading system on the rails) not in the room, or, in the case of the US, entirely disengaged or even openly hostile?

Finally, the bigger intellectual question is about what constitutes ‘liberal’ values. The various G7 leaders, in their press conferences, have talked as if the answer to this is obvious. But Trump’s analysis of the problem actually has a degree of merit: the scale of neoliberal globalisation over the past 30 years or so has created massive inequalities of wealth and influence, with the stark distributional costs of liberalisation passed down to the working classes of North America and Europe. There is huge disenchantment today with the extent of this neoliberal overreach. As Dani Rodrik has noted, these dislocations were regularly and disingenuously downplayed by economists, contributing to the rise of assertive right-wing opposition to globalisation. Rather than simply resolving its malign consequences, this—quite worryingly—threatens to derail globalisation altogether.

In sum, we have now reached a fairly odd pass with left-of-centre leaders apparently defending the neoliberal settlement, while demagogic figures like Trump are advocating (no doubt clumsily, incoherently and with very nasty nationalistic undertones) the kind of more managed forms of globalisation that, framed more intelligently and thoughtfully, should have typified the agendas of ‘third way’ leaders like Blair and Clinton during the 1990s and 2000s who were far too sanguine about the influence of financial and corporate elites.

As the summit has unfolded, though—and certainly towards the end of day one—it appears that clever diplomacy by the G6 may have prevented Trump from combusting, with a fragile show of unity a plausible outcome. At the moment, at least, the G7 possibly lives to fight another day.