Hashtags and Glad Rags: What becomes of the G20 in the age of social media? 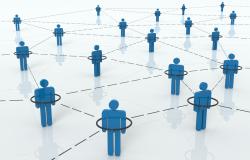 International Media Centre – G20 Buenos Aires Summit. As we travel 7,000 miles to report on the G20 summit in Argentina, it is difficult not to get swept up in the sense of importance, possibility and purpose for what is about to unfold. There’s an atmosphere of excitement; the leaders of the world’s largest economies are meeting to discuss policy and make decisions and commitments about, and for, our futures.

After all, the G20 members represent 85% of global economic output and 75% of international trade. There will be high-end suits and hand shaking at every turn.  Yet, in the age of #MeToo, the pervasiveness of fake news and social media being a key source of information, the G20 can seem like an outdated way to discuss responses to global issues.

When the hashtag reigns and the US President (on average) tweets over 10 times a day, an annual meeting of some of the world’s largest economies can seem like a slow and outdated approach to the rapid changes our globalised world is experiencing. Given that much political discourse now takes place online, in what many would consider deterritorialised, yet nonetheless distinctly social spaces, there has arguably been a penetration of political culture into a public sphere of debate and opinion-formation. Critique of global policy is no longer confined to the media tent and the broadsheets. It is, instead, live-tweeted, made into memes and discussed in comment sections of Facebook posts.

This penetration of politics into public spaces is, perhaps, reciprocal. The priorities of this year’s summit focus on some of the most topical issues: jobs, economic growth, gender equality and sustainability. Given this, we could argue that public and social discourse has not only been affected by politics, but is also affecting the political agenda. This is particularly apparent in one of the summit’s key priorities –  ‘Gender Mainstreaming’ – which underpins all the priorities at this year’s with a commitment to addressing ‘structural inequality’. In this respect, a focus on empowering women, combatting differences in education and protecting women from gender-based violence is a timely exploration of a key political, economic and social issue. Such a focus is, however, arguably long overdue.

If we look at the W20 work stream, which focuses on increasing the participation of women in the economy and society, it takes a largely technologically focussed approach. The importance of the ‘digital inclusion’ of women is highlighted as a key issue for the success of women in the economy and, therefore, gender equality. For example, the W20 highlights that 250 million fewer women than men use the internet. In order to combat this, and other gender inequalities, they recommend raising awareness of these issues with G20 members and gathering best practice approaches for encouraging women in education, work and society.

Despite this notable increase in focus on gender inequality, the work of the W20 is narrow. There is no discussion of gender violence on the W20 website, which feels difficult to reconcile when one of the key players at the summit is a President accused of sexual assault. Given that the main goal of the W20 is to influence decision-making in the G20, leaving out such a key issue seems to suggest that public discourse has only gone so far in influencing the global policy agenda. In this respect, the reciprocal relationship between public political discourse and the political agenda has broken down; the relationship is only superficial, with ‘gender mainstreaming’ being a key focus of the summit, but without the depth of detail or exploration to back it up. The relationship between public discourse and politics is complex.

When considering this complex relationship, it is important to consider the political climate in which we currently find ourselves and how that may influence and interrupt the reception of global political summits, such as the G20. If we consider the British MP and Environment Minister Michael Gove’s criticism of ‘experts’ and ‘organisations with acronyms’, made in the run up to the country’s referendum on its membership of the EU, we can reflect on the G20 through a lens where distrust of the political elite and experts are assumed. The G20 is, after all, another organisation with another acronym, in which leaders make commitments to causes on behalf of their populations. But is it getting it all wrong?

It will be interesting to see how engagement with the leaders’ summit plays out across the various media platforms and whether it is dismissed, or revered, because of its expert and elite nature. It’s not to say that an annual meetings of the leaders of the world’s largest economies is an unsuccessful method of global policy-making – that’s a different discussion entirely – but all the handshaking and high-heels is seemingly incongruent with the way that most people engage in discussions of politics and policy.