Jae-In Who? If You Can’t Escape the Past, Ignore It 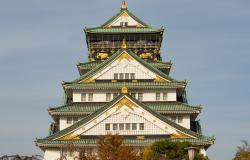 International Media Centre – G20 Osaka Summit. It’s difficult to imagine a better backdrop for the G20 commemorative ‘family’ photograph than Osaka Castle, a magnificent structure climbing five-stories high and adorned with a gold and green roof, surrounded by an impressive moat that stretches across the city. It was originally constructed in the late 16th century by the Shogun, but was burnt down and rebuilt multiple times over the following four centuries. In possibly one of the most audacious architectural decisions in history, Osaka Castle was rebuilt for the fourth and final time in 1931, resulting in the castle we can see today. It demonstrates a history of persistence and head-strong commitment that mirrors Japan’s attempts, and failures, to escape the past.

All of this is particularly pertinent for South Korean-Japanese relations leading up to the G20 summit. The castle was the headquarters of Toyotomi Hideyoshi, leader of Imjin Invasions of Korea during the 16th century, and as expected there has been some push back from the Korean government about this choice of location. This isn’t surprising considering recent developments in bilateral relations. Abe Shinzo and Moon Jae-in won’t be meeting at this year's summit and newspapers are littered with reports of historical rifts resurfacing between the East Asian powerhouses. Most recently, a South Korean Supreme Court ruling ordered two Japanese manufacturing companies to pay a total of US$352,000 to four Koreans as compensation for forced labour during WW2.

Abe’s repeated rejection of historical wrongdoings are well-documented and reflect a rising nationalist ideology in Japan that spills over into children’s textbooks, creating a narrative of victimhood where the Japanese are the casualties of two atomic bombings amid a false version of history written by the victors of WW2. This has set the tone for Abe’s constitutional reform proposals, which would enable Japan to recognise and maintain armed forces. The US originally imposed the current constitution on Japan after WW2 as a result of its aggressive colonialism in the early 19th century, an image that the country is struggling to reconcile, try as it might. The sentiments of the Japanese right-wing that past apologies and reparations are sufficient and resolved are not shared amongst its neighbouring countries and this tension is tangible in the diplomatic relationship between Japan and South Korea here at the G20.

It seems that Abe has instead turned his attention to bigger fish, with bilateral talks already held or planned with Donald Trump, Vladimir Putin and Xi Jinping. The highly strained relationship between Japan and South Korea may not be Abe’s main concern, but it would be interesting to question whether this would be the case without the increasingly positive prospects of stronger ties with the US and China. A flourishing personal rapport between Abe and Trump underlies a quiet confidence that might be misplaced given Trump's erratic and unpredictable approach to diplomacy.