We Need to Talk about the Rohingyas at the G20 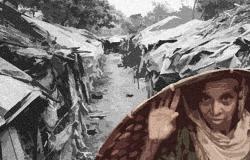 International Media Centre – G20 Osaka Summit. The Sustainable Development Goals (SDGs) have been at the centre of the last four G20 summits. In 2015, at the Antalya Summit, world leaders committed to develop a plan of action to develop the 2030 Agenda on the SDGs made by the United Nations (UN). Since then, they have been on the agenda at all consecutive summits.

At this year’s G20 Summit, Japan is making a genuine effort to try to provide for greater sustainability. Single-use plastics are not allowed in the International Media Centre, reusable cups and bottles are given for free at the entrance, water fountains are provided (learning from the hypocrisy of the 2018 Buenos Aires Summit), and the Japanese media is obsessed with the amount of effort their country is putting on display. In Japanese, “sustainable” is translated as jizoku kanno na kaihatsu, which gives a sense of having something to project into the future. In English, we see sustainability as the ability to continue to consume with abandon over a long period of time, and this is a right to be upheld or defended. These slight subtleties allow countries to determine their central focus on sustainability in a way that works for them.

However, the SDGs do not stop here. Hailed as ‘a universal call to action to end poverty, protect the planet and ensure that all people enjoy peace and prosperity’, it is ironic that nobody is talking about widespread human rights abuses hindering the welfare of people. Rather, at the G20 the spotlight is largely on the environmental side of the SDGs. This is reflected in the agenda of this year’s summit, which is focused on women’s empowerment, digital economy, the future of Society 5.0, trade, employment, among others, with sustainability being the centrepoint of all these themes but without any mention of human rights. When asked about the refugee crisis in Venezuela and Mexico at his G20 Press Conference, Antonio Guterres, Secretary-General of the UN, replied that this will most likely not be an issue discussed by world leaders at the summit.

The UN has repeatedly been prevented from intervening in countries unable (or unwilling) to protect their populations. The implementation of the Responsibility to Protect (R2P) has made reaching a consensus in the Security Council even more of a challenge, leaving people facing state violence without adequate protection or long-term help. The five permanent Security Council members all have different interests and the ability to veto any resolutions proposed. Russia, and China even refused to participate in talks on a British resolution on the Rohingya issue. The United Nations High Commissioner for Refugees (UNHCR) has tried to contain and provide solutions to human rights violations but has been unsuccessful due to the lack of an international mandate.

In past G20 summits, there was little to no mention of the European refugee crisis, Venezuela, the Rohingyas and many more such crises were also left forgotten by the media. Migration is a recurrent challenge in our societies and will be increasingly so due to intensifying economic, humanitarian and environmental upheavals. In 2017, Germany called for the G20 to go beyond being a platform for the management of the global economy and start assuming a more wide-ranging role in global peace. What G20 members seem to forget here is that the SDGs, the economy and human rights abuses are all deeply interlinked.

This can be seen clearly in the immediate outpouring of excitement among developed countries when Myanmar started an apparent transition to democracy. It shifted the public’s attention away from distressing images of Rohingyas trying to leave the country, open graveyards, and refugee camps. This dangerous situation has an impact on the Southeast Asian region as it is estimated that 723,000 Rohingya refugees have fled to Bangladesh since August 2017. They are left in demonstrably unsafe conditions, making their camps on land that could be easily flooded during the Monsoon season.

From an economic point of view, leaders have much to gain from stopping these abuses. Myanmar’s GDP is expected to grow at a rate of 6.8% in the next year. While still having a poor reputation due to its handling of the ethnic cleansing of Rohingyas, it has managed to attract ‘the most foreign direct investment of any of the world’s so-called “least developed countries" in 2017’ with China and Hong Kong providing a sizable amount of this investment. This shows that Myanmar is still attracting foreign investors. Investments in the country would, in the long-term, hopefully alleviate poverty and help the implementation of the SDGs at a global level. This, however, can only be achieved if there is a resolution to the Rohingya crisis.

Ahead of the 34th annual ASEAN Summit in Bangkok, the Rohingyas seemed to be a topic that members wanted to discuss without condemning Myanmar. Instead, they decided to tackle the ‘humanitarian crisis’ and purposefully omitted to talk about the structural issues concerning this issue. National determination is one of the most important principles of ASEAN yet is also the cause of tensions in this regional bloc and demonstrates its weaknesses. On top of having Thailand as Chairman of ASEAN coming to the Osaka Summit, fellow ASEAN members Vietnam and Singapore have also been invited. This is a prime opportunity for world leaders to put pressure on key ASEAN members who could potentially impact upon any decision to take action on the situation.

By including some of the most powerful and richest countries in the world, the G20 provides a platform to talk about global issues. However, with a low level of institutionalisation and no way to implement policies, the G20 does not set its aims high enough. At this year’s summit in Osaka, Japan – a country always seen as an innovator in global summitry – could try to change the usual agenda by instigating a discussion on the Rohingyas and human rights violations in the world. Focusing on the SDGs and climate change should inevitably bring about a conversation on the future of migration. Yet, despite the aim of the SDGs related to ‘prosperity and peace’, the G20 is definitely failing to grasp the other side of the story. The members have put the conversation about migration off for far too long now.