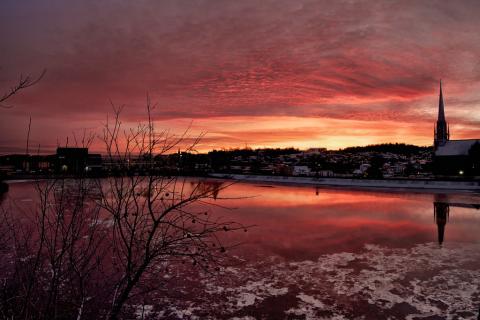 School for Scandal at the Summit?

Self-Determination in Québec: will old sparks reignite as the eyes of the world fall on Charlevoix?

Colour is the New Black: The Role of Leaders' Fashion in Setting the Tone for the G7

Regulating the Robots: Canada’s Potential for Leading the Way with Responsible AI

‘To Restrict or Not to Restrict’: Protest and Security at the G7 in Quebec

Is the ‘Trade War’ Tearing the G7 Apart?

Canada’s Shifting G7 Agenda: Where have all the plastics gone?

This Land is your Land, this Land is my Land: Will Canada engage with its Indigenous Community at the G7 Summit?

Trade War: What is it good for? - Matthew Louis Bishop

Commit Global, Manage Local: Why Bundling the Environment, Climate and Energy Helps None of Them - Samuel Ribanský

Gender on the Agenda: A Methodological Shift in the G7 - Joelle Cheong

Digitally Docile Global Governance: Have We Got any Closer to International Cybersecurity Norms at this year’s G7? - James Snowden

Growing Old Gracefully: How can the G7 Mitigate the Effects of its Ageing Populations? - Hannah McLennan

The 43rd G7 summit took place in Taormina, Italy from 26 to 27 May 2017 with the declared mission of ‘Building the Foundations of Renewed Trust’ built on the three pillars of: 1) citizen safety; 2) economic, environmental and social sustainability and reduction of inequalities; and innovation, skills and labour in the age of the next production revolution.

This was the first G7 summit for several leaders including US President Donald Trump, British Prime Minister Theresa May and French President Emmanuel Macron.

Spotting the Difference? The G7 and “Anti-Protectionism”

Is the Glass Half Full or Half Empty for G7 Gender Equality?

The Universe Stops at Land’s End: The Parochial British Media

Why use One Word when Two will do? The Length of the Summit Communiqué

The Manchester Attack and the G7: Locating a ‘Strong and Stable’ Response?

The Art of the Meal: The Logistics of Hosting a Successful G7 Summit

Rolling out the Green Carpet for Trump

Pleased to Meet You?: Trepidation for First-Time Summiteers

What Does the Taormina G7 Summit Mean for MENA Stability - Riahi

Terrorism at the G7 - Kruja

Securitizing the Symptoms, not Causes The G7 Again Misses the Point on Collective Global Security - Brown

The Perennial North Korea Problem at the G7 Summit - Weir

When Bilateralism Trumps Multilateralism Japan-US Relations at the G7 - Dobson

G7 Team - NGOs at the G7 Japan: Keep your friends close and your NGOs… well, further away

Brown - Global Health gets a Vital Injection at the G7 Japan Summit, but not the Cure

Dobson - Sino-Japanese Rivalry and a Potential Battle of the ‘Gs’

Casson - The Global Economy: Where do we go from Here?

Stiles - Russia and the G7 - Coming Back in From the Cold

Claringbull - Women at the G7 – in need of a Little Less Conversation, a Little More Action

The following pieces were written by members of the GLI at the Group of Seven (G7) summit in Schloss Elmau, Germany. In each case, the GLI stresses the need for tangible global leadership at these summits and provides analysis examining how this is being advanced or diminished.

Hatiar - G7 Steps Up as a Catalyst of Global De-carbonisation

Stiles - The G7 summit, A failure of leadership over Ukraine

Dobson - The Curious Case of Japanese Leadership in Global Summitry

The GLI team - 'Locals Boycott the G7 as Economically Damaging'

The GLI team - 'G7 Protests: Washed out and Dry on Substance'

The GLI team - 'The G7 Media Centre: Big on Talk, Light on Substance'?

The GLI team - Between G7 Leaders and the General Public: Is the Media being Held at Arm’s Length?