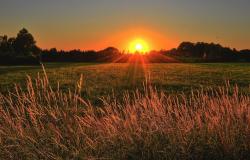 On paper, the prospect of a trip to a Group of 7 (G7) summit must appear as light relief from the daily grind of domestic politics. It represents a chance to visit an exclusive Alpine retreat or a beachside resort, experience the local delicacies, rub shoulders and catch up with fellow leaders, and after a long day of work kick back and relax by taking off their ties. International travel is a wonderful thing at the best of times and probably even more so after the hiatus in global summitry during the pandemic.

Although holidays in the sun may provide welcome respite, domestic political issues are never very far away from the leaders’ minds. As Chris Mason, BBC Political Editor, has written: ‘[w]hen a collection of democracies gather, each national leader is flexing to the political and public mood back home, subtly, sometimes strikingly different from one country to the next’. Of course, these domestic considerations must be balanced against the pressing international issues that require the leaders’ attention at these global summits. These competing demands result in a range of risks that in the past have undermined not only the focus of the leaders, but also the unity on display.

The first risk is that, in a time of domestic crisis, rivals may seek to exploit the leader’s absence in order to plot and plan their next moves. UK Prime Minister Boris Johnson is spending an extended period of time out of the country as he attends back-to-back summits beginning with the Commonwealth Heads of Government meeting in Kigali, following on to the G7 summit in Schloß Elmau, then to the NATO Summit in Madrid, before heading home. The trip began badly with the results of two disastrous by-election defeats announced on 24 June while Johnson was in Rwanda, followed by the resignation of Oliver Dowden as Conservative Party Chair and calls from ex-leader Michael Howard for Johnson to resign. Johnson is only halfway through his trip and already talk has turned to changing party rules to allow a second no-confidence vote with Johnson having only just survived one earlier this month in unconvincing fashion. In short, ‘Operation Domino [to unseat Johnson] is still very much in play’. Intra-party plotting aside, there are other concerning developments at home. The Scottish Nationalist Party leader Nicola Sturgeon will outline plans this week for a second referendum on Scottish independence that threatens to undermine the stability of the union. The BBC’s Chris Mason hit the nail on the head again when he quipped that ‘[w]hile the cat’s away, the mice may play’

The second risk exists in a potential political miscalculation around undertaking an overseas trip. G7 summits tend to take place between May and July, which means that they are almost inevitably going to coincide with an election in one of these seven democracies. In the past, leaders have perceived this an opportunity to capitalise on their presence on the international stage in the hope that it will play well with a domestic audience. For example, US President Gerald Ford unexpectedly convened the second G7 summit in 1976 with one eye on the presidential election later that year. UK Prime Minister Gordon Brown received international praise for his hosting of the 2009 G20 in London and coordinating its response to the Global Financial Crisis. However, he was unable to turn this to his advantage in the following year’s election that brought an end to the Blair-Brown years. In short, as we have written about previously for Global Policy, there appears to be little evidence that a global summit can provide the electoral bounce perceived by leaders and yet they persist in seeking to harness it through international bonhomie and photo opportunities.

At this year’s G7 summit, Japanese Prime Minister Kishida Fumio may have made the same miscalculation. His cabinet’s approval ratings dipped below 50 per cent last week and now almost match his disapproval ratings. He also faces a tricky Upper House election in two weeks’ time that Japanese voters might use to voice their discontent over the rising cost of living. Despite this upcoming electoral challenge, Kishida has chosen to fulfil his international obligations by attending this G7 summit. The Japanese press do not appear to be forgiving. Before the summit, sections of the Japanese media questioned his attendance at the G7 and NATO summits during an election campaign, dubbed it ‘unusual’ and cast doubt on the logic that this would have a positive impact on his electoral performance. On the first day of the summit, the popular press used similar language while highlighting concerns within Kishida’s governing party around the optics of this trip as well as the efforts of opposition parties to campaign in Kishida’s absence.

The third risk is that the urgent business of the summit is overshadowed by domestic issues. UK President Theresa May’s attendance in a series of G7 and G20 summits was dominated by the all-consuming issue of Brexit and delivering the undeliverable. For example, she arrived at the 2016 G20 Summit in Hangzhou only to receive a message from Japanese Prime Minister Abe Shinzō outlining a series of demands for the smooth continuation of business between Japan, the UK and EU after Brexit. At this year’s G7 summit, the issue that is set to overshadow the German presidency’s agenda is the US Supreme Court’s decision to overturn the landmark Roe vs Wade ruling that secured abortion as a constitutional right. This was announced just as US President Joe Biden left for the G7 Summit and was described by him as a ‘tragic error’. Already at the summit, the media have been asking Biden about this issue, rather than summit agenda items, as was seen in the official relaunch of the Partnership for Global Infrastructure and Investment on the first day of the summit (watch this footage to the very end). If Biden gives a final press conference, and he may follow Trump’s example and choose not to, it is likely that the Q&A will be dominated by this issue.

The lesson that leaders should learn when it comes to balancing domestic concerns with summit commitments is personified by UK Prime Minister James Callaghan. In January 1979, he chose to attend the Guadeloupe four-nation summit on political security issues in the Caribbean, while the UK was crippled by strikes known as the ‘Winter of Discontent’. Upon his arrival home, the leader of the ‘sick man of Europe’ gave a car-crash interview in which he sought to downplay the situation at home and justify his decision to leave the country in the middle of a crisis, chastised journalists for talking the country down and accused them of being jealous of his overseas trip, and even managed to slip in a mention of him being able to go swimming in the Caribbean. Unsurprisingly, this approach was not received well, possibly contributing to Labour’s electoral defeat and Margaret Thatcher’s historic victory later that year. Boris Johnson’s remarks at the beginning of the summit that he intends to run for a third term as prime minister not only infuriated his own political backbenchers, they also sensed the whiff of a similar ‘nothing-to-see-here’ mentality. Perhaps the leaders of the G7 should study the history of their predecessors and remember that what happens on a holiday in the sun, rarely stays on a holiday in the sun.