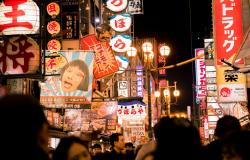 How would you characterize Japan’s diplomatic approach toward China under Prime Minister Yoshihide Suga? How is it different from the previous administration and where do you see a continuation in strategy?

Japanese Prime Minister Suga has maintained the previous administration’s approach vis-à-vis China: a duality of geopolitical competition and economic cooperation. This strategy aims to prevent China’s coercive practices while maintaining a favorable balance of power for Japan and its allies – the so-called ‘liberal international order’ in the Asia-pacific region. This approach recognizes the importance of the large Chinese market as a compliment to Japan’s shrinking domestic demand. To this end, Suga’s predecessor, Shinzo Abe, initiated the Free and Open Indo-Pacific framework and strengthened the Quadrilateral Security Dialogue (the Quad) alongside the United States of America, Australia and India. On the economic side, Abe announced support for the Belt and Road Initiative, a China-led ambitious infrastructure investment program, with four conditions concerning transparency and sustainability, and also endorsed the bilateral cooperation in infrastructure investment in third countries.

At home, the Japanese government is facing a number of challenges associated with the COVID-19 pandemic. Abroad, Tokyo faces rising geopolitical tensions between China and Japan’s security partner, the US. There are serious questions as to whether PM Suga has any leeway to make notable shift in Sino-Japan relations based on his limited exposure to diplomacy.

What is your assessment of the US-Japan Global Partnership for a New Era, in particular with regards to the common geopolitical objectives of the two countries (e.g., denuclearization of North Korea, shared objections to China’s maritime claims and activities in the South China Sea), as well as their commitment to deepen defense cooperation?[1] What do you think are the potential up sides and shortcomings of this agreement?

The joint statement released from the US-Japan Summit in April 2021 had few new elements. However, it did reflect serious geopolitical concerns over China’s increasingly aggressive behavior in the region and internationally. The two countries decided to refer to the issue of Taiwan Strait in a formal summit statement for the first time since 1969. The two leaders also announced a new Competitiveness and Resilience Partnership, with a view to deepening cooperation among like-minded democracies in research and technology development in areas of strategic importance. These include biotechnology and AI technology, as well as sensitive supply chains such as semi-conductors. This serves as a clear signal to China’s Digital Silk Road and its efforts to gain a technological edge.

Despite the potential deterrence effects of the joint statement on China’s coercive action in the region, it also comes with two long-term risks for Japan. First, by linking democratic values and principles to economic and technological areas, it could overstress an ideological dimension in the existing geopolitical competition, forcing other regional players to take sides. Second, it could also complicate ongoing negotiations and engagements with China. Recalibrating strategic ambiguity on Taiwan could increase the risk that Japan will be drawn into the cross-trait conflict in the future. In addition, further defence cooperation with the US could put more pressure on Japan to increase its defence spending, something that could prove highly unpopular among Japans’ aging population.

After his foreign leader visit at the White House on April 16, Japanese PM Suga met with EU leaders for the virtual 27th EU-Japan Summit on the May 27, 2021.  In their joint statement, both parties reiterating concerns over tensions in the South and East China Seas. Why are we seeing such high-level diplomatic exchanges between Japan and its allies vis- à –vis China?

The main driver for such a coordinated approach between Japan and the EU toward China is the common recognition that effortless democratic dominance is over. China’s coercive actions – from territorial disputes to potential human rights violations – has given Japan and its western allies a wake-up call that geopolitical competition with China is more than just an adjustment to the new global order: it is an ideological contest of values and norms. The concept of the systematic rivalry, a term officially adopted by the EU to describe the future of the Sino-EU relationship, is a case in point.

In addition, China has built a system in which global supply chains in almost every sector goes through its own market. The COVID-19 pandemic has exposed issue of the global over-reliance on the Chinese market. China’s geo-economic approach of using its market as a weapon, as illustrated in its recent sanctions on Australia’s export goods, rings alarm bells that Japan and its allies need to develop a multilateral common position toward China, rather than confronting it bilaterally. In this regard, the strategic value of cooperation between the EU and Japan – two stable and established democratic powers working as joint-guardians of free-trade and rule-based multilateralism – has gained impetus in the recent years.

Japan’s persistently low birth rate has resulted in a declining population, which is expected to shrink to 97 million by 2050. Apart from threats to Japan’s economic vitality, how will this affect Japan in the future? Will it have an impact on the country’s geopolitical role in the region?

If the current demographic trend continues, Japan will slip down to the eighth position in global GDP rankings by 2050 – which is down from fourth in 2020 (at purchasing power parities). A downsized economy will inevitably force Japan to find its niche in global governance. One way is to redirect its diplomatic resources to the neighboring region and retain its influence as a regional power. Another future option may be to become a leader in social experiments and innovative solutions for policy issues associated with an aging population. As the frontrunner of aging societies, Japan could transform itself into the go-to place to consider and design the modality of new social contracts in such communities.

A shrinking and greying population, together with a large social security burden, including pension and healthcare spending, also means lower fiscal capability for defense expenditure. By 2050, this could have major implications for the overall balance of power in the region as well as for Japan’s overall geopolitical role. The US could replace Japan with another democratic power with greater resources for defense spending, or choose to go with India or Indonesia as its key security partner in the region. In addition, the US may consider a grand bargain with China and co-design a new regional security arrangement led by the two superpowers. Since Japan’s geopolitical standing would most likely be reduced to a middle power, further diversification of its alliance networks with the like-mined regional peers is crucial. The ability to turn such networks into a larger body that facilitates concrete cooperation will be important to create regional balance of power in favor of Japan.

Kazuhiro Nomoto is a Junior Policy Analyst at the Organisation for Economic Co-​operation and Development (OECD). He is a fellow of the Global Governance Futures – Robert Bosch Foundation Multilateral Dialogues program (GGF 2035). These are strictly the personal opinions of the author of this piece and do not represent the official positions of the OECD, GGF 2035 program and partner organizations.

Photo by Satoshi Hirayama from Pexels

[1] “We reiterated our objections to China’s unlawful maritime claims and activities in the South China Sea and reaffirmed our strong shared interest in a free and open South China Sea governed by international law, in which freedom of navigation and overflight are guaranteed, consistent with the UN Convention on the Law of the Sea.” https://www.whitehouse.gov/briefing-room/statements-releases/2021/04/16/u-s-japan-joint-leaders-statement-u-s-japan-global-partnership-for-a-new-era/

Activism, Not Global Climate Summits, Is the Answer to the Climate Crisis