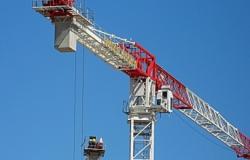 Dave Anderson explores what we mean when we talk of 'leveraging'.

Leveraging has emerged as the dominant method individuals, organizations and countries use to get things done.

You hear the word leverage all of the time in recent years. Consider:

“We must leverage the internet and social media in order to get more customers.”

“You need to leverage your relationships in order to get a job.”

“The financial crisis of 2008-9 was basically a leverage crisis. Banks and individuals were over-leveraged.”

“The Senate Democrats have some, but not a lot, of leverage over President Trump and the Republicans.”

Several years ago I worked with eight colleagues to put together a book that showed that leveraging is both a basic principle of human nature and the driving theme of our time.

The core idea of leveraging was first discovered by Archimedes over 2,000 years ago, who discovered the concept of a lever: use minimum effort to create maximum effect by deploying a mechanism, a fulcrum, to bring about the effect.

This is physical leverage. But the kind of leverage that is the driving force in society is social leverage – and it is manifested as bargaining leverage, financial leverage and resource leverage.

The first two are more well-known. Resource leverage has emerged on the scene in recent decades, especially with the rise of information technology.

Reach 15 million people in a few minutes with a tweet. Send an email to millions of customers in a minute. And so on.

The dissolution of the Cold War and the traditional nuclear family has also led to the dissolution of traditional structures of authority, and this has led agents, whether they be countries or family members, to maneuver in creative ways to get things done. Frequently bargaining and resource leverage are intertwined in these arenas.
U.S. President Donald J. Trump effectively leveraged information technology, money, his name, and many other things in order to win the presidency. Regardless of your opinion of the president, he did leverage a range of resources in order to get himself elected.

The President has also had extensive experience using bargaining leverage, which essentially involves withholding something in order to get something, again irrespective of your opinion about his deal-making history.

Moreover, Mr. Trump has used financial leverage, for better or for ill, to the nth degree to establish his business empire.

President Trump is in many ways a symbol of our times. His election and presidency are the latest leveraging phenomenon in a time when leveraging is king.

Leverage used most wisely is leverage that strikes the mean between excessive leverage and deficient leverage. This concept of the “Leverage Mean” bears some similarity to Aristotle’s concept of the “Golden Mean.”

Like Aristotle’s concept of the Golden Mean, locating the Leverage Mean requires empirical information, analysis and then a human judgment. There is no cost-benefit analysis that is applying an arithmetic criterion. The Leverage Mean is not an algorithm or some arithmetic place on a measurement stick.

Political leaders world-wide and international economic institutions like the IMF and the World Bank have worked to bring the global economy toward a Leverage Mean.

Leverage analysis can be used to understand and evaluate the Trump administration. Consider:

Is the President using bargaining leverage excessively? If so, he is not hitting the Leverage Mean.

Is the President calling for economic policies that will use financial leverage excessively? If so, he is not hitting the Leverage Mean.

Is the President using his twitter account excessively and thus leveraging IT excessively? If so, he is not hitting the Leverage Mean.

Various historical forces channeled Donald J. Trump into the White House, but it is now up to the President to use leverage wisely and not carelessly.

Dave Anderson was a candidate in the 2016 Democratic Primary in Maryland’s 8th Congressional District in the United States. He is the Editor of Leveraging: A Political, Economic, and Societal Framework (Springer, 2014) He can be reached at dmamaryland@gmail.com