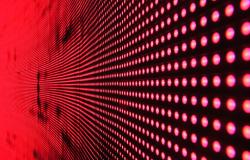 Why it is increasingly important to interrogate the ways novel technologies are harnessed to address long-standing global sustainability issues.

New technologies are playing a major role in responses to the Covid-19 pandemic. While new contact-tracing apps are probably the highest profile measures, there is a rapidly increasing volume of other activity. The World Health Organization is developing a blockchain based data storage and communication platform, MiPasa, to address the surge in cyber attacks and mis-information during what it described an ‘infodemic’ accompanying the viral pandemic. The World Bank is advocating the expansion of digital payment systems to facilitate the distribution of emergency social assistance. The World Economic Forum has started advocating applications of blockchain as means of mitigating supply chain problems that have led to shortages and supply gluts. While initial discussions have highlighted privacy concerns around new apps, there is clearly a need for a wider discussion of the implications of this whole set of interventions.

In this respect, it’s important to note that these technological responses to the current crisis are the latest in a series of recent efforts to use new technologies to solve global sustainability challenges. Artificial Intelligence (AI), blockchain, big data and other new technologies are central to a growing number of on-going experiments, ranging from the tracking of greenhouse emissions to monitoring wildlife poaching and global supply chains, to transnational efforts to combat human trafficking.

In an Open Access Policy Insights article in Global Policy, we show how such efforts reflect three wider trends in global governance: the growing roles of private actors, the rise of experimentalism, and governance challenges posed by rising informality. When we view applications of new technologies through this lens, it helps to highlight an important problem: Uses of technology have tended to reduce rather than expand the set of actors, deepen existing challenges to participation and transparency, and reinforce existing power relations. Our article provides pathways for interrogating the ways that novel technologies are being harnessed to address long-standing global sustainability issues. We think these questions are increasingly urgent given that early pandemic responses have in many ways intensified this reliance on technology. Here we provide a brief summary of the main arguments and questions that we raise.

First, technology-led initiatives need to be understood within the longstanding reliance on private, voluntary codes of conduct, standards, and audits. As the history of corporate social responsibility (CSR) initiatives shows, however, such private modes of governance tend to rely on top-down ethical codes of conduct and reporting platforms that have often entrenched existing patterns of uneven development. Experiments with new technologies are being rolled out by familiar actors and have often reinforced these familiar problems.

The ‘big four’ professional services firms (KPMG, PwC, Deloitte, and EY), for instance, have been major players in promoting and facilitating the adoption of audit-based, soft law standards for governing sustainability challenges in supply chains. They are also key players in the development of blockchain applications for the same purpose. Blockchains promise potentially to enhance the transparency and traceability of materials through complex supply chains. Yet, technologies can’t substitute for on the ground monitoring, or make choices about what standards should be applied in the first place. Blockchains, in short, can verify that data entered hasn’t been modified, they can’t determine what data should be entered. As long as those choices remain in the hands of lead firms and management consultancies, new technologies will reinforce existing governance problems.

Technological experiments do require enrolling new actors in governance initiatives, but these are primarily private actors, mostly technology providers. This is evident, for instance, in pandemic responses. The WHO platform mentioned above, is built on Hyperledger Fabric which is a permissioned (e.g. private) blockchain originally built by IBM and whose governing board consists of representatives of large technology (e.g. Hitachi, Intel , Oracle, Microsoft), finance (American Express, BBVA, JP Morgan Chase), professional services firms (Accenture) and other MNCs (Daimler).

Applications of emerging technologies in sustainability governance - private, public, and hybrid - remain very much provisional and experimental. In this sense, it is useful for scholars, policy-makers and practitioners to consider such initiatives in relation to on-going trends towards experimentalist forms of global governance. Experimentalist governance involves the setting of goals and trialling of multiple policy measures, continuous monitoring of progress through quantitative indicators, and revision based on rigorous peer review.

Engagements both by public and private actors with blockchain, AI, and other emerging technologies are notably experimentalist in character. One example here is in the area of development aid. Actual policy interventions using blockchain have generally taken precisely the form of trialling multiple measures, measuring outcomes, and constant revision. One notable example here is the German Gesellschaft für internationale Zusammenarbeit’s (GiZ) ‘Blockchain Lab’, which sponsors and organizes pilot projects by public and private actors using blockchain to address challenges directly relating to the SDGs.

The growing technology-intensiveness of experimentalist governance could further narrow the number of actors able to participate. It is mostly already highly visible and well-resourced non-state actors who are able to act as partners in technology-based initiatives. It is often private companies and the largest NGOs, rather than the wider range of stakeholders, that are able to create and manipulate the technologies at the heart of novel solutions to global sustainability challenges. Consequently, smaller and less well-known actors, in particular from the Global South, may be left out, entrenching existing disparities of power, resources, and voice in sustainability governance. The UN’s Global Pulse program, for instance, connects academics, private and government actors and UN personnel to generate “actionable” insights about how Big Data can facilitate sustainable development. But Global Pulse projects in practice are dominated by private businesses and governments, with relatively limited possibilities for the involvement of CSOs.

Finally, efforts to apply new technologies to sustainability challenges have very frequently been driven by efforts to grapple with the growing prevalence of informal economies. New forms of data have often been seen as means of making-legible areas of activity that are not covered by conventional forms of regulation. There are again potential tradeoffs in terms of participation. Rendering local actors ‘legible’ by these means, particularly in the context of global supply chains dominated by distant lead firms or development projects by metropolitan donors, can result in the imposition of external, pre-determined criteria on local spaces and practices.

For instance, there has been a recent flurry of blockchain applications for preventing child labour in cobalt mining in the Democratic Republic of the Congo, as demand for cobalt (a key component of batteries for electric cars and portable electronics) has surged in recent years. Most of these programmes aim to prevent child labour by reliably certifying that cobalt has been mined from specific industrial installations rather than from artisanal mines, where most child labour takes place. Even if it were to eliminate child labour from global supply chains, displacing artisanal mining with industrial mining would likely have ambiguous livelihood consequences for mining communities at best. Recent research has highlighted, for instance, growing evidence of increased inequalities linked to the rise of industrial mining in the region. Large foreign industrial miners seem to prefer expat workers in higher-paying positions, and there are limited wage gains for workers moving from artisanal to industrial mining in the Copperbelt. There is a serious question here about what kinds of risks, and to whom, new technologies might be used to mitigate.

Asking ‘big’ questions and grounding the technical in ethical, political and social dynamics:

We call for a more socially and politically embedded view of the emerging technologies being integrated into sustainability governance. If technological solutions are to effectively address fundamental sustainability challenges, researchers along with policymakers and the broader public need to consider the evolving socio-political dynamics shaping these experiments. New technologies can’t, in and of themselves, answer important questions:  What kinds of end-goals do sustainability governance initiatives consider, and for whom? What kinds of sustainability are emphasized – climate risk, environmental risks, human/labour rights, or others? What political and moral assumptions are bundled into technological applications and their use? These questions, we argue, are especially pertinent now, as new technologies look set to play a major role in new initiatives in response the pandemic.