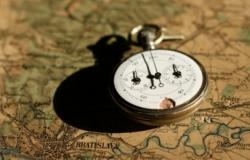 To prepare it to address pressing global challenges, Susanne Salz suggests the United Nations should be turned into the ‘United Actors’, which would include certain non-state actors alongside the current UN Member States.

The United Nations (UN) is a picture of the world 70 years ago and is no longer suitable for or representative of current global realities. To deliver on the original vision of its founders and address urgent global challenges, such as climate change, reform of the UN is needed. Such UN reforms need to go deeper than those that have already been discussed, like the inclusion of more Member States in arguably the most powerful UN body – the Security Council. While most people recognize this reform as useful and appropriate, it has been indefinitely postponed because no agreement on it could be reached. In this age of unprecedented global challenges we need better global governance. The United Nations should be turned into the United Actors, which would include certain non-state actors alongside the current UN Member States. If reform continues to elude the UN, innovative actors of global diplomacy should move ahead and create parallel structures which can demonstrate their worth to the world in terms of enhanced global consultation and more coordinated action.

It has been over two decades since the Cold War ended, and yet we lack a consensual description of the current global order. There is no simple explanation to make sense of the current complex world. The roles and relative power of nation states have not only shifted between each other – the relative decline of Russia, the rise of China, India and Brazil – but also between state- and non-state actors. Notably, three groups of non-state actors play an important role in today’s globalized world and should be included in global governance in a way that befits their influence. They are:

The long list of CSOs which do important global work includes organizations such as the World Wide Fund for Nature (WWF), Amnesty International, Friends of the Earth, Oxfam, Consumers International and a number of foundations worldwide. The eventual role and impact of these organizations were not obvious 70 years ago but are now highly relevant to the UN’s original vision to address urgent global challenges. When one thinks of tackling corruption, the first organization that comes to mind is not any country or UN agency, but rather Transparency International. During the recent Ebola crises, organizations such as Doctors Without Borders worked hand in hand with the World Health Organization to tackle the outbreak. Attention to environmental threats has been increased in part due to Greenpeace activism. Considering how easily such examples come to mind, CSOs should be given a place at the global governance table in line with their important global roles.

Take the example of climate change and sustainability. Cities are dealing on a daily basis with issues of water and energy provision, building standards, waste management, transport and much more. The cumulative effect these actions have on global carbon emissions and on climate change is staggering. Cities of varying sizes from around the world have joined together in LGOs such as ICLEI – Local Governments for Sustainability and the C40 Cities Climate Leadership Group. C40 cities represent 21% of world GDP and are undertaking 1056 actions to mitigate and adapt to climate change as of July 2015. 20% of the world's urban population lives in ICLEI member cities, which have been cooperating for 25 years to become more sustainable and advocate for the role of cities at UN conferences. In order to better integrate these efforts and tap the transformative potential of cities, LGOs should be more fully included at the global governance table.

Since the private sector drives local and national economies as well as the global economy, companies’ decisions have a significant impact that reach beyond the economy affecting societal and environmental well-being. Going beyond Corporate Social Responsibility (CSR), companies are increasingly attempting – and succeeding – in maximizing not only their shareholder value but also their broader societal and stakeholder value. The choices companies make have a profound impact on us and our environment. Increasingly, companies are realizing this and making choices that serve a broader set of goals. In order to recognize this role, encourage this responsible behavior and increase coordination with other actors, companies, too, deserve to have a real say in global governance.

This inclusion of non-state actors would not be built from zero. In current UN settings such as climate change and Sustainable Development Goals (SDG) negotiations, some non-national-governments actors are given a very minor role. Nine so-called “Major Groups” are officially recognized by the UN system: Women, Children and Youth, Indigenous Peoples, Non-Governmental Organizations, Local Authorities, Workers and Trade Unions, Business and Industry, Scientific and Technological Community as well as Farmers (for details see https://sustainabledevelopment.un.org/majorgroups).

These groups have their worth, but have you ever heard of these exact nine groupings outside of the “Major Groups” system? Or have you, for that matter, heard the term “Major Groups”? Having been the UN voice for cities for several years (or rather a “Local Authority Major Group Organizing Partner” in UN speak), I learned from experience that while well-intended, the current UN Major Group structure has some major flaws. The mechanism for coordination within each group is not transparent or efficient enough. More importantly, how and when each group is allowed to speak is not sufficient. Each group is allowed one or two minutes to present its case. These meetings are often timed to coincide with coffee breaks or the end of the day when delegates are shuffling out of the room. This type of atmosphere is not conducive to the participation and action needed. A real inclusion and a real say for CSOs, LGOs and the private sector would be much better for the world and for non-state actors.

The question is whether we will find a meaningful way to include CSOs, LGOs and the private sector within current UN structures, for example by forming a permanent, high-level Advisory Body to the UN General Assembly. If not, the national governments, CSOs, LGOs and businesses who are willing to jointly innovate global governance solutions should go ahead and create a new, parallel structure. They could start with a large one off-conference, the Founding Meeting of the United Actors and then decide on future mechanisms and meetings.

With CSOs, LGOs and the private sector at the table, global issues such as climate change can be tackled much more effectively than by national governments alone. It is high time that we move from the United Nations towards the United Actors by including these three groups in a way that befits both them and the global community.

Picture the UN as an exhausted grandmother who is unable to solely handle all of her extended family’s affairs... It’s time for this grandmother to hand the reins over to a younger, more energetic successor. At 70, the time has come for the United Nations to do so with the United Actors.

Susanne Salz is presently learning Mandarin in Beijing with a full scholarship. She is a Global Governance Futures 2025 alumni and previously worked as Project Manager at the non-profit ‘Think and Do Tank’ Collaborating Centre on Sustainable Consumption and Production and as Head of the Secretary General’s Office at ICLEI – Local Governments for Sustainability amongst other positions. She holds a master’s degree in International Relations from the London School of Economics and Political Science. Susanne is also a member of the Global Diplomacy Lab.

Will The Young Save America?