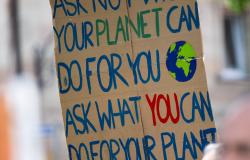 A flawed understanding of the concept of “public good” hampers the fight for equitable access to the upcoming COVID-19 vaccine.

The term “global public good” has been used in very different ways by policy makers, economists and others. The term “global” is not particularly controversial, and in this context is generally understood to involve cases where the benefits of the service or good impact residents of more than one country, even if not necessarily the whole world. The term “public good” is subject to more diverse uses, often depending upon one’s educational or professional training.

For many people, perhaps most, the term “public good” is loosely defined to include cases where governments are willing to undertake measures to expand access, with universal access at least an aspirational goal. However, among the other influential definitions of “public good” is one that is exceptionally restrictive. A proposal by Paul Samuelson first published in 1954, meant at the time as an extreme and polar case, has found its way into countless articles, textbooks and academic courses, and has parameters that are rarely met in practice. At times, Samuelson’s 66-year-old paper is actually an obstacle to collective efforts to supply and distribute goods that have considerable impact on society.

The COVID-19 pandemic presents an astonishing global challenge regarding the control of the pandemic and the reduction of harm. The health impacts are large, particularly for older patients, and growing unpredictably, and the pandemic has had an enormous social and economic impact on everyone, with no obvious end in sight.

Biomedical technologies to combat the pandemic are important, particularly diagnostic tests, drugs and vaccines, and the world needs innovation, testing, evaluation, access and affordability. A number of political leaders, health groups and other entities have called for COVID-19 vaccines and drugs to be treated as public goods. For example, the South Centre issued a statement on the launch of the World Health Organization’s COVID-19 Technology Access Pool (C-TAP), noting that “aims at ensuring that the technologies needed to address the pandemic are considered, as a matter of principle, global public goods.” The MSF Access Campaign declared that “COVID-19 medical tools should be considered “global public goods” and should be ‘affordable, safe, effective, easily administered and universally available for everyone, everywhere.’” The Secretary-General of the United Nations, António Guterres, issued a statement on May 20, 2020, which said that “African countries should also have quick, equal and affordable access to any eventual vaccine and treatment, which must be considered as global public goods.”

In the negotiations over a World Health Assembly (WHA) resolution on the COVID-19 pandemic, the European Union submitted an “EU proposal for a CONSOLIDATED zero draft on a WHA73: ‘Covid-19 Response.’” The draft “Recognizes population-wide immunization against COVID-19 as a global public good for health and the crucial role of quality, safe, and efficacious vaccines therein.” The United States objected to the inclusion of “public good” in the text, on grounds that it was not well-defined, and proposed that global public good be changed to “global benefit.” There was also a discussion in the drafting process about the distinction between vaccination being a global public good, and the vaccines themselves. The Third World Network reported that the Chair of the WHA drafting committee on the resolution “clarified that it recognized that ‘population-wide vaccination’ was a global public good for health but the vaccine itself was not.”

The distinction between vaccination and the vaccine was based upon the definition that Samuelson proposed more than six decades ago. The benefits of a COVID-19 vaccination accrue not only to the person being vaccinated, but also to the community, as widespread vaccination eliminates hosts for the virus, and contributes to the control of the pandemic. In this sense, the benefits of vaccination have an external benefit for the community, and that benefit is non-excludable. But the vaccine itself, as a product, is neither non-rival in consumption, nor non-excludable, the two key features highlighted by Paul Samuelson in his original definition of public goods, as set out in two papers in 1954 and 1955. If individuals cannot be effectively excluded from the use of a good, it is non-excludable in nature; if its use by one individual does not reduce availability for others, the good is non-rival. While first proposed as an “extreme” or “pure” case for public expenditures, the definition has become widely quoted without an appreciation for its limits.

In the mid-1950s, the world was deeply engaged in a cold war between governments that were extolling the virtues of either market or non-market models for the production and distribution of goods. Samuelson was interested in presenting a mathematical model where private markets would not exist, as “an extreme polar case” that would be used to contrast “the admittedly extreme polar case of traditional individualistic general equilibrium.” The “grand Walrasian model of competitive equilibrium” was the extreme polar case at which Samuelson was aiming, in which markets and market prices were efficient, and in some simplified versions, perfectly efficient.

Samuelson’s 1955 paper provides ample caveats regarding the relevance of this model, which was illustrated by the examples of “an outdoor circus or national defense” as two goods that were non-excludable and non-rival in consumption. He acknowledges that “public expenditure and regulation proceed from considerations other than those emphasized in my models,” redistribution of incomes, paternalistic policies, where “atomistic competition” is not realistic, and “Myriad ‘generalized economic and diseconomy’ situations, where private pecuniary interest can be expected to deviate from social interests.” Notably, in his 1955 paper, Samuelson states “I regret using ‘the’ in the title of my earlier paper.” In a 1958 paper on “public expenditure theories,” Samuelson notes that a good that “refuses to fall in my polar case for a pure public good will not thereby obligingly go into the other polar case of a pure private good,” using the example of an information good with a zero marginal cost to make his point.

The two characteristics Samuelson used in his “pure theory of public expenditure” benefit from some reflection, since they capture such a small subset of goods that governments actually spend money on. Goods that are both (1) non-rival in consumption and (2) non-excludable exist, but are rare.

The phrase “non-rival in consumption” eliminates drugs or vaccines as products, as well as hospital beds, services of health care workers, and much of what governments subsidize or directly provide. Knowledge is one good that is often held out as an important good that is non-rival in consumption, and in the context of COVID-19, this would include the inventions, data and know-how to make diagnostic tests, drugs or vaccines, as well knowledge gained by the evaluation of the efficacy and safety of products.

For knowledge goods, non-excludability can be a hard condition to meet. Some of the knowledge from the evaluation of the safety and efficacy of products will also have a non-excludable quality, although recent developments in regulatory policies on test data have made even that an ownable and excludable asset in many jurisdictions.

Intellectual property is a term given to a growing set of rights, often exclusive, that are granted to inventions, expressions, designs, data, know-how and clinical evidence used for regulatory approvals. The primary mission of laws governing intellectual property is to make knowledge goods excludable—even when expressions are published, patented inventions disclosed or data is cited by governments or published research, or through various technical protection measures or secrecy, including restrictions on worker mobility, and non-disclosure and non-compete agreements.

Samuelson anticipated and also reacted to criticism of his definition by arguing that “in almost every one of the legitimate functions of government that critics put forward there is to be found a blending of the extreme antipodal models.” However, Samuelson also ventured that “any function of the government not possessing any trace of the defined public good (and no one of the related earlier described characteristics) ought to be carefully scrutinized to see whether it is truly a legitimate function of government.”

In the context of COVID-19, Samuelson’s 1950s definition of a “pure” public good is a poor fit, whereas everything about the development, manufacturing and access to diagnostic tests, drugs or vaccines fits his broader framework for public expenditures quite well.

There are certainly non-excludability aspects of both herd immunity and the elimination of the colossal cost of the pandemic responses, as well as robust non-rivalry in consumption characteristics of inventions, data, know-how and knowledge from testing and evaluation of products. When you include, as Samuelson did, “redistribution of incomes, paternalistic policies, where ‘atomistic competition’ is not realistic, and “Myriad ‘generalized economic and diseconomy’ situations where private pecuniary interest can be expected to deviate from social interests” then the case for public expenditures is very strong for COVID-19 biomedical inventions.

In the case of COVID-19 policy makers and policy experts should refrain from using Samuelson’s “extreme” case for a “pure” public good as one that is both non-rival in consumption and non-excludable as the working definition for global public good. This can be difficult, given the attractive elegance of Samuelson’s “pure” case, and the need for authors to acknowledge Samuelson’s influential earlier work. For example, consider the struggles by contributors to Providing Global Public Goods, a publication edited by Inge Kaul, et al, in 2003, to find ways to label all sorts of obviously useful global interventions as “global public goods.”

For COVID-19, what does it mean to treat a biomedical innovation such as a diagnostic test, drug or vaccine as a global public good? As a practical matter, and in the context of this pandemic, it would mean, as proposed by the Financial Times, that policies should facilitate a diversity of manufacturers, and the open licensing of intellectual property rights for drugs and vaccines effective against the virus, since the “world has an overwhelming interest in ensuring these will be universally and cheaply available.”

We fully expect that in the coming months governments with the most resources will seek preferential access to new drugs or vaccines for the virus, as they already have with regard to personal protective equipment and therapeutics, and through advance purchase commitments with vaccine manufacturers. The hoarding of scarce products is deplorable, but predictable, and policymakers will at best moderate the hoarding. What is completely indefensible is to hoard the intellectual property rights and the know-how necessary to manufacture and ensure quality for an effective therapeutic or vaccine. The non-rival nature of the knowledge necessary to make a product is a compelling reason to treat this as a public good, even though intellectual property rights and secrecy make it possible to be exclusionary.

James Love is Director of Knowledge Ecology International. His work focuses on the production, management and access to knowledge resources, as well as aspects of competition policy.

This article first appeared on the Pandemic Discourses blog.