How do Policymakers know How Bad Climate Change is? 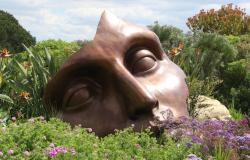 Felix Westeren explores the values that should underpin effective climate change policy and the difficult question of how we weigh sacrifices in the present against wellbeing in the future ahead of COP26.

When world leaders gather in Glasgow for the United Nations Climate Change Conference (also known as COP26) they will discuss important questions about how, and especially how quickly, to cut greenhouse gas emissions and adapt to the effects of manmade climate change. To do this, they need to know not only how likely but also how bad various consequences of climate change are. A clearer idea of the values at stake would help them in their efforts to gain this understanding.

When the Oxford philosopher John Broome was working as a lead author on the fifth assessment report of the Intergovernmental Panel on Climate Change (IPCC), he was told he could only cite peer reviewed publications – IPCC reports, after all, are serious scientific works. But what if he wanted to cite Aristotle, who was writing some time before peer review became standard practice? He was told he could do this, as long as he placed a copy of the cited work at the IPCC’s headquarters in Geneva, where its contents could be checked.

Philosophers and political theorists have been working as lead authors alongside natural scientists and economists on the IPCC’s assessment reports since the fifth report, which was finalised in 2014. These reports are intended to inform policy discussions leading up to COP meetings. Philosophers were asked to advise on questions of justice, equality and value, and this is where Aristotle comes in.

Ahead of COP26 in Glasgow, all signatories to the 2015 Paris Agreement were meant to submit sets of measures to cut emissions known as nationally determined contributions, but many countries are yet to do so. The British contribution commits the UK to reducing its greenhouse gas emissions by 68% by 2030, compared to 1990 levels. These contributions are strengthened every five years, and they are intended to contribute to the overall aim of the Paris agreement of keeping global warming to well under two degrees, and preferably below 1.5 degrees.

When policymakers decide on how much to cut emissions as part of their nationally determined contributions they must know how likely different outcomes are, but they must also know how bad each of these outcomes would be. Is, for example, global warming of 2 degrees both likely and bad enough to warrant significant sacrifices today? We need a theory of value to know how bad this outcome would be.

Global warming, if it is unmitigated, will lead to the loss of a very wide range of values, some of which may be so different as to make weighing them against each other impossible. Some values are seemingly straightforward – for instance, climate change is clearly very likely to reduce the wellbeing of humans around the world in the future. Aristotle thought this wellbeing lay in the full utilisation of human capacities – others think it is simply a matter of subjective happiness, or of having basic needs met. Regardless of your account of wellbeing, it is generally agreed to be a very important value.

Discussions about wellbeing, whether they involve only people alive now or future people too, often assume that only human wellbeing matters. At stake in discussions about climate change, however, are also a range of potentially important non-human values. If animals, plants, or even whole ecosystems are valuable in their own right, then we should not make climate policy, as is now done, with reference only to the wellbeing of humans. This is especially important given that climate change may lead to the extinction of great numbers of animal species and suffering of many more. Climate change is also likely to damage less tangible values, such as the value that some thinkers such as Charles Taylor think cultures may have in their own right. Climate change is already damaging the cultures and ways of life of Arctic indigenous peoples – this cannot be accounted for as a straightforward loss of wellbeing, and is therefore easily ignored in policymaking.

All these questions about value – what values are at stake, which of them are most important, and how they are best protected – are controversial. In practice, policymakers answer these without realising – they often rely on cost-benefit analyses that not only ignore non-human values, but also make a host of often implicit assumptions about how to aggregate the wellbeing of individuals and more explicit ones about how to discount the wellbeing of future people. Policymaking would be improved if these choices were explicitly recognised, and openly debated.

Felix Westeren is an MRes student in the LSE Department of Government. He works in contemporary political philosophy, with a focus on the concept of value and climate policy.

This first appeared on the LSE's Government blog. Note: this article gives the views of the authors, and not the position of the LSE Department of Government, nor of the London School of Economics.