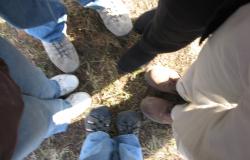 Stable families, good jobs, strong schools, abundant and safe public spaces, and pride in local cultures and history – these are the essential elements of prosperous societies. Neither global markets nor the nation-state can adequately supply them, and sometimes markets and states undermine them.

Economics teaches that the measure of an individual’s wellbeing is the quantity and variety of goods he or she can consume. Consumption possibilities are in turn maximized by providing firms with the freedom they need to take advantage of new technologies, the division of labor, economies of scale, and mobility. Consumption is the goal; production is the means to it. Markets, rather than communities, are the unit and object of analysis.

No one can deny that this consumer- and market-centric vision of the economy has produced plenty of fruit. The dazzling array of consumer goods available in the megastores or Apple outlets of any major city in the world would have been unimaginable as recently as a generation ago.

But clearly something has gone wrong in the meantime. The economic and social divisions within our societies have provoked a broad backlash in a wide range of settings – from the United States, Italy, and Germany in the developed world to developing countries such as the Philippines and Brazil. This political turmoil suggests that economists’ priorities may not have been entirely appropriate.1

Two books, one forthcoming from Raghuram Rajan and another published this month by Oren Cass, revisit our economistic worldview and argue that we should instead put the health of our local communities front and center. Stable families, good jobs, strong schools, abundant and safe public spaces, and pride in local cultures and history – these are the essential elements of prosperous societies. Neither global markets nor the nation-state can adequately supply them, and sometimes markets and states undermine them.

The authors come from different vantage points. Rajan is an economist at the University of Chicago and a former governor of the Reserve Bank of India. Cass is at the right-of-center Manhattan Institute for Policy Research and was domestic policy director for Republican Mitt Romney’s presidential campaign. You would not necessarily expect either a Chicago economist or a moderate Republican to treat markets and hyper-globalization with skepticism. But both are disturbed by what they see as the effects on communities.

Rajan calls community the “third pillar” of prosperity, as important as the other two pillars – the state and market. No less than excessive centralized state power, he writes, unmanaged globalization can tear apart the fabric of local communities. Cass is explicit that US trade and immigration policy should focus on American workers first and foremost. This means ensuring that local labor markets are healthy and that there are plenty of goods jobs at decent wages. Both authors emphasize the gains from trade and reject US President Donald Trump’s protectionism. But they agree we may have gone too far into hyper-globalization and paid insufficient attention to the costs for communities.

When a local factory closes because a firm has decided to outsource to a supplier across the border, more is lost than the hundreds (or thousands) of jobs that move abroad. The impact is multiplied through reduced spending on local goods and services, which means workers and employers across the entire local economy feel the hit. The local government’s tax revenues fall as well, so there is less money to spend on education and other public amenities. Anomie, family breakdown, opioid addiction, and other social ills often follow.

Economists’ usual answer is to call for “greater labor market flexibility”: workers should simply leave depressed areas and seek jobs elsewhere. But as Cass reminds us, geographical mobility has to be coupled with “the opportunity to stay.” Even during times of significant migration, the bulk of local populations stayed put and needed good jobs and solid communities.

Alternatively, economists might recommend compensating the losers from economic change, through social transfers and other benefits. Leaving aside the feasibility of such transfers, it is doubtful that they are the solution. Joblessness will undermine individual and community wellbeing even if consumption levels are propped up through cash grants.

Ultimately, it is only through the creation and expansion of well-paying jobs that local communities can be made vital. Cass’s proposal is to encourage employment through wage subsidies. Rajan emphasizes the role of local leaders who can mobilize community assets, generate social engagement on the part of local residents, and create a new image – all in the context of more supportive state policies and managed globalization.

Other economists have advocated regionally targeted manufacturing extension programs, fostering partnerships between local employers and universities. Yet others recommend local public spending, such as on job training programs for small and medium-sized enterprises.

We do not have a good fix on what works best, and a fair amount of policy experimentation will be needed to make progress. But the urgency of action is heightened by the fact that ongoing technological trends threaten to exacerbate communities’ existing problems. New digital technologies tend to exhibit scale economies and network effects, which produce concentration rather than localization of production. Instead of diffusing gains, they create winner-take-all markets. The globalization of production networks magnifies such effects further.

How we balance these forces with the needs of communities will shape not only our economic fortunes, but also our social and political environment. As Cass and Rajan show, it is a problem that economists should no longer ignore.

This post first appeared on Project Syndicate and was reposted with permission.

The movement to replace neoliberalism has lost a battle, but we can still win the war