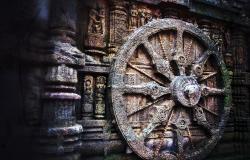 Brian Stoddart explores what it will take for Australia to acknowledge its demographic changes and really engage with India.

Canberra has experienced some frantic activity in the burgeoning Australia-India relationship, activity that might just have been piqued by news from the Pacific that China will likely establish what could become a People’s Liberation Army base in the Solomon Islands, a touch away from Papua New Guinea off the Northeast Australian coast.

That in turn is backgrounded by the rise of the Indo-Pacific concept involving Australia, India, Japan and the United States (the so-called Quad) and mobilised openly as an attempt to counter China’s rising status. And most recently, of course, the Quad’s impact has been shaken somewhat by India’s reluctance to join its partners’ United Nations condemnation of Russia’s Ukraine invasion.

As a comeback from there, the just-completed virtual summit between Indian Prime Minister Narendra Modi and his Australian counterpart Scott Morrison was heralded as a great triumph as the pair agreed to developments across a dizzying array of disciplines: climate, defence, cyber, trade, taxation, energy, tourism, space, security and regional cooperation among them.

China’s lifted Pacific presence has stirred much of this new Canberra enthusiasm for India, with a looming federal election, the American decline, challenging global economics and the Ukraine conflict all contributing to what some long-time observers see as an unseemly rush to Delhi.

The Indian city of Bengaluru now benefits particularly from all this. Prime Minister Morrison announced that Australia would open a new Consulate-General in the high tech hub, and even more significantly announced the city would also host a new India-Australia Centre of Excellence for Critical and Emerging Technology Policy.

The Australian government scarcely has a such a body at home, most hi-tech entrepreneurs having to go overseas to be successful, like software behemoth Atlassian. So the recognition that India and Bengaluru hold keys to the future is a major change in Australian strategic thinking, putting more substance into what has often been a “froth and bubbles” relationship commitment.

That new technology policy links directly to education and should draw upon the Indian Institute of Technology system’s capabilities , especially south India. That will strengthen Australia’s STEM effort at a time when scientists there have bemoaned the slow take-up of the disciplines by Australian students.

Given that, there was no surprise in Morrison’s other major announcement of a renewed Australian effort to mutually recognise university and skills qualifications with India. Australia’s shortages here are manifest: almost all the National Broadband Network technicians who come to my house have trained in India. These new agreements should increase their presence.

The High Commissioner pointed out that while other major and minor countries were investing heavily in India, Australia lagged noticeably. He put that down to a lack of understanding about the “new” India and an abiding Australian corporate elite view of India as a “hard place to do business.” Others then lamented Australian higher education’s declining expertise on India’s history and culture. The BJP’s recent electoral victories went almost unnoticed in the Australian press, for example, and in part that flows from a lack of education - Perth was once a notable global centre for studying modern India, but interacting reasons like lack of government interest and higher education funding policies squeezed that out.

So while all the Canberra high-level initiatives have been important, the everyday and broadscale Australian knowledge of India remains low, and that has an impact on the soft power dimension to the relationship that is so important.

Which is why another Morrison announcement was important. He committed $A28 million to establish a Centre for India-Australia Relations which, among other things, will work closely with the Australian Indian diaspora to further strengthen relations.

That is complicated, of course, because that diaspora comprises people of Indian descent from South Africa, Fiji, Mauritius, Sri Lanka, Bangladesh and elsewhere in addition to India itself, as demonstrated at a recent drawn family wedding for Indian friends in Melbourne who came from Durban  years ago to become professionally successful. The two hundred people there were mostly like them, from all over the world.

The marriage celebrant priest was originally a South African Jew who trained in major Indian holy places Tirupati and delivered a sublimely moving and striking ceremony that underlined just how much Australia needs to learn about globalisation and India’s role in that.

There are now a million people in Australia who claim South Asian descent, heading towards five percent of the total population. As the Chinese diaspora has become important politically in Australia over recent years, the Indian one is about to do the same.

Education is the key, which is where we return to the Quad, the elephant in the room that scarcely rated a mention during all this on-going furious agreement. How else can that be understood other than from a close knowledge of India’s post-Independence history?

That revamp of social education should start with Morrison’s newly announced Centre but that in itself demonstrates a need for educational enlightenment. Sitting here in Fremantle on Australia’s west coast, it is obvious the initiative should be here, right on the Indian Ocean rim and a much shorter journey to, say, Chennai, or  Bengaluru. Or to Western Australia’s sister state of Andhra Pradesh. And there is a Kannada Sangha in Perth, a local association of all those come from Karnataka and Bengaluru, along with a host of other regional associations that make up the diaspora Canberra is so keen to engage.

However, early reports put the Centre’s location somewhere on the east coast, a product of the one-dimensional thinking that caused India to be so low in the Australian consciousness in the first place.

It is that thinking that has to change if Australia is to really engage with India.

Emeritus Professor Brian Stoddart is a former Vice-Chancellor of La Trobe University in Australia and among his published books is Land, Water, Language & Politics in Andhra: Regional Evolution in India Since 1850.

Photo by Navneet Shanu via Pexels