Closing the Equity Financing Gap during the COVID-19 Crisis: The Emergence of Sovereign Wealth Funds with Expiration Dates 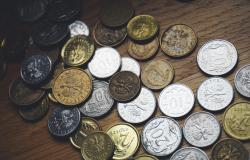 Juergen Braunstein and Sachin Silva argue that sovereign wealth funds may be central to governments' efforts to balance public responsibility with private interests in post-pandemic economies.

One of the key features of the post-COVID19 economy will be increased state involvement in business. In an effort to restart the economy at a time when nobody wants to step in, governments have become involved at an unprecedented scale. According to the IMF, as of April 2020, countries committed around $8 trillion to fight the pandemic and its damages to the economy.

Decisions about spending over the coming months will affect the logic of capitalism for years to come. And finding a way to end this public-private entanglement is a deeply concerning question..

One potential way to limit future state intrusion could be to employ special purpose financing vehicles to distribute state funds. Such vehicles are similar to Sovereign Wealth Funds (SWFs), but with a notable difference: the vehicles would have an expiration date. Upon expiration, state assistance would be converted to private equity stake, which could then be assembled into a SWF portfolio.

For starters, SWFs refer to state owned investment funds that have traditionally been created to recycle excess reserves from natural resource or non commodity revenues. The Kuwait Investment Authority was among the earliest of such resource funds and dates back to the 1950s. The second wave of SWFs was strongly related to emerging economies, when countries with persistent trade surpluses accelerated accumulation of foreign reserves and invested these in a broad range of assets classes across global markets. Notable examples include the China Investment Corp and Korea Investment Corp.

Since the beginning of the COVID-19 crises the establishment of new fund structures has accelerated. However, in the current period this acceleration has not been in response to rising surpluses, but rather has been spurred in part by an imperative to restart the economy and exit the coronavirus induced lockdown.

SWFs with an expiration date allows market mechanisms to preserve the public interest while contributing to economic recovery. This type of SWF fund acquires shares or silent partnerships, or it would take over other components of a company’s equity. Through recapitalization, the fund’s assets grow when the injection of capital is needed and the fund  shrinks during periods of economic recovery.

In other words, expiration dates would ensure the eventual transfer of equity stakes to private ownership. Proceeds from the asset transfer could be used to advance broader national goals, such as financing a transition to low-carbon energy.

Choosing a SWF with an expiration date could also help prevent longer-term unintended consequences common during times of heavy politicization, such as when governments crowd out the private sector. This has been demonstrated recently in the book Capital Choices. A SWF could also allow governments to offset voters’ mistrust of large bailouts by improving government accountability to taxpayers.

Understanding these benefits, Germany created an Economic Stabilization Fund  (Wirtschaftsstabilisierungsfonds) in April 2020. The fund has €600 billion in assets, of which €100 billion has been earmarked for equity investments, €400 billion has been allotted for guarantees, and €100 billion has been designated for refinancing (through Germany’s state-owned development bank, the KfW Group). Similarly, the Austrian government and the Bavarian state government have created agencies titled COVID-19 Finanzierungsagentur des Bundes (COFAG) and Bavarian Finance Agency (BayFoG).

Although this approach might seem like a dramatic shift from capitalism, a SWF can be better than conventional forms of state intervention, which benefit some and penalize others. Conventional instruments (rescue aids, equity injections, asset purchases, loan guarantees, and other contingent liabilities) have trade-offs and issues of ownership.

As a result of the pandemic, public spending is bound to intensify in coming months and years. Increased spending will undoubtedly go hand-in-hand with increased scrutiny and demand for fiscal discipline. An old ally—the SWF—could be a government’s best hope in balancing public responsibility with private interests in a post-pandemic economy.

Juergen Braunstein is a Fellow at the Belfer Center for Science and International Affairs and a member of the G20 taskforce on Social Cohesion and COVID-19. More information on Braunstein's recent book can be found here: Capital Choices.

Sachin Silva a doctoral fellow at the Harvard T.H. Chan School of Public Health and a member of the G20 task force on Social Cohesion and COVID-19.

Photo by Karol D from Pexels

Book Review – The Anxious Triumph: A Global History of Capitalism 1860-1914