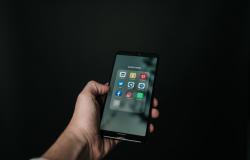 Harry T Dyer calls on all social media platforms to take more responsibility for the communities they foster, and the voices and discourses they emphasise and minimise online.

In the wake of the tragic death of the member of parliament for Southend West, David Amess, fellow MPs have been talking about how to best protect both politicians and the public from abuse and harm. This has included a strong focus on enacting laws designed to halt online abuse, even though police have not linked Amess’s killing to this issue directly.

There have been suggestions that such abuse can be attributed, at least in part, to online anonymity – that is, the fact many social media users set up their accounts using aliases, and without images that reveal who they are, in order to conceal their identity. Speaking on Sky News, Home Secretary Priti Patel indicated there was a need to address anonymous accounts. Asked if she would consider legislation to remove the right to anonymity on social media, Patel responded:

I want us to look at everything. And there is work taking place already […] But we can’t carry on like this. I spend too much time actually with communities who have been under attack basically, who have had all sorts of postings put online, and it’s a struggle to get those postings taken down. We want to make some big changes on that.

The idea has since gained traction, with other MPs calling for a ban on anonymous social media accounts as a way to mitigate online abuse.

Yet while it’s clear there is a need to address how we engage with and on social media, removing anonymity isn’t going to solve the problems of online abuse. In fact, removing the right to anonymity online could cause harm to many users, especially those from marginalised groups.

Anonymity as a form of protection

While there are many examples of people using anonymous social media accounts to abuse others online, it’s equally clear that anonymity can be a lifeline to many users and communities. Posting anonymously can allow people to protect themselves – to openly discuss and deal with complex topics safely. It can allow people to speak out about abuse, and seek information.

For example, social media users in LGBTQIA+ communities have spoken about the importance of online anonymity as a way to negotiate discussions of sexuality safely, where disclosing their name might put them at significant risk of abuse and harm online and offline. Some said anonymity allowed them to access valuable information online as they navigated their own identities.

In my own research for my 2020 book about social media design and identity, my participants talked about the many ways in which they felt anonymity helped them to develop a sense of community. One participant discussed how social relationships were formed via comment boards with others using pseudonyms: “I know some really personal stuff about all of them, apart from the fact that I don’t know their names.”

While respondents did talk about incidents of abuse online from anonymous users, it was clear that equally, anonymity provided pathways to building communities and support networks. An insistence on real names can present barriers and challenges to already marginalised communities and users for whom “real names” are a complex issue. These include gender non-conforming users, drag queens, Native Americans and survivors of abuse.

Many abusers are not anonymous

Anonymity can be used to abuse “othered” groups such as women, LGBTQIA+ people and Muslims. However, research shows that people using their real names perpetrate abuse and bullying too.

On social media we continue to see users willing to say abusive things and share dangerous content with their full names, job titles and information on display. Banning anonymous social media profiles therefore isn’t going to address the root of the hate we see online, be that directed at marginalised communities or at MPs.

Research shows Black and Asian female MPs face the most abuse aimed at female MPs online, suggesting the issue of anonymity is perhaps not the root cause of abuse, but a way for deeper social issues to manifest online. Katrin Tiidenberg and Emily van der Nagel write in their book Sex and Social Media:

Whether anonymous or not, people look at existing posts and comments for cues regarding what is allowed in a particular online space and behave accordingly. It’s not simply a matter of anonymous people being up to no good: platform design and moderation has a lot to do with what kinds of behaviours are allowed, and thrive, on social media.

I would agree with this, and call on platforms to take more responsibility for the communities they foster, and the voices and discourses they emphasise and minimise online. While it’s refreshing to see politicians’ desire to tackle online abuse, banning anonymity isn’t the answer. Anonymity can be a vital lifeline for already marginalised communities, and removing it could inadvertently harm the very communities MPs seek to protect.

Photo by Magnus Mueller from Pexels