A Call for Smart Commercial Diplomacy 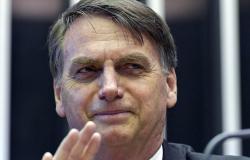 Brazilian President-elect Jair Bolsonaro of the right-wing Social Liberty Party (PSL) was swept into power on October 28 after defeating Fernando Haddad of the leftist Workers’ Party (PT) by a ten-point margin in the runoff election. His election marked an ideological shift to the right in Brazil that will open the door for a hard line on citizen security as well as major economic reforms. However, he also faces a challenging set of foreign policy issues. Bolsonaro must develop a smarter agenda for commercial diplomacy in order to support Brazilian firms’ access to export markets, or risk jeopardizing their ability to help him deliver renewed confidence and economic growth.

Brazil experienced record levels of political polarization during the election campaign. Both Presidential candidates had extremely high disapproval rates, at 46% for Bolsonaro and 32% for Haddad. Yet nearly everyone agreed that the country was on the wrong track: just 17% had confidence in the government after Brazil’s worst-ever recession. A mixture of mounting debts, falling confidence, and a lack of investment led to a 3.5% economic contraction in both 2015 and 2016, followed by 1% growth in 2017 and 1.4% projected growth in 2018. After this tepid recovery, Bolsonaro campaigned on economic policy positions intended to help boost growth through tax cuts, pension reform, and the privatization of state-run companies. Economy Minister-designate Paulo Guedes, a respected figure in Brazilian banking, will have authority to push for these reforms with support from the business community.

Brazil’s foreign economic policy challenges are even more complex. Bolsonaro’s frequently outlandish political opinions helped bring him from Congress to the Planalto Palace, but he will have to moderate his rhetoric in order to successfully support Brazilian businesses. While the President-elect has already taken some steps to temper his previous remarks, he and his team should focus on developing an agenda for smart commercial diplomacy that can enhance Brazil’s positioning in global markets. Without stronger support, key agribusiness exporters – including soya, sugar, poultry, beef, and coffee – may struggle, hindering their ability to contribute to the economic recovery.

Just days after his election, Bolsonaro announced that Brazil would relocate its Embassy in Israel from Tel Aviv to Jerusalem. The influential Arab-Brazilian Chamber of Commerce responded by warning that the move could threaten trade ties with other countries in the Middle East who are major customers for Brazilian agribusiness (particularly Halal meats). In 2017, Brazil’s trade surplus with the 22 nations of the Arab League represented 10 percent of its total trade surplus, at $7.1 billion, while it had a $419 million trade deficit with Israel. As such, moving the Embassy could result in direct losses for the agribusiness community. Agriculture Minister-designate Tereza Cristina was quick to voice concerns, noting that Brazilian exporters are “uneasy” about losing market access if the Embassy is relocated. Their hope is that Bolsonaro will reconsider the economic implications of the move.

Brazil’s relationship with China is even more significant, especially since China became its top trade partner in 2009 and remains the largest consumer of Brazil’s agricultural commodities. An avowed anti-Communist, Bolsonaro has taken hawkish positions toward Beijing on numerous occasions but now faces strong pressure to moderate his language before taking office. The Chinese Embassy in Brasilia expressed “indignation”” when (then-Presidential candidate) Bolsonaro and Chief of Staff-designate Onyx Lorenzoni visited Taiwan in March 2018, an apparent rejection of the so-called “One China Policy.” After his election, Bolsonaro said China was “welcome to buy in Brazil, [but] they cannot buy Brazil,” alluding to the potential takeover of state-owned electricity utility Eletrobrás.

Since then, Chinese officials have pursued an intense engagement agenda with members of Bolsonaro’s inner circle, having held meetings with ministers-designate Lorenzoni, Guedes, and Cristina. Their goal is to raise awareness of China’s key role to the recovery of Brazil’s economy. They also want to ensure a smooth bilateral relationship before President Xi Jinping is scheduled to attend BRICS Presidential Summit in Brasília next year. Upon taking office, the Bolsonaro administration may be challenged to take a more conciliatory tone toward China and execute a foreign policy approach that does not jeopardize Chinese market access for Brazilian agribusiness.

Finally, Bolsonaro’s positions on climate change and environmental issues have also generated some controversy that could hinder his administration’s efforts at commercial diplomacy. His comments during the campaign indicated that he might pull Brazil out of the Paris Climate Accords and combine Brazil’s Agriculture and Environment Ministries in a bid to cut costs. Since his election, he has disavowed both changes. Several current and former cabinet ministers have warned that reducing key environmental protections would only generate more competition for Brazilian agribusiness exporters as other countries engage in a so-called race to the bottom. Before making radical moves related to the domestic and international environmental policy agenda, it will be important for Bolsonaro and his team to weigh the potentially huge long-term costs – both in terms of biodiversity as well as market access – against the supposed short-term benefits.

As the transition team continues to prepare for the transfer of power in approximately six weeks, the rhetoric espoused by President-elect Bolsonaro and his team is likely to continue evolving. They will confront a myriad of political and economic challenges upon taking office but must remember that the same strategies that brought them success on the campaign trail do not guarantee results once they arrive in Brasília. With a strong popular mandate and support from the business community, Bolsonaro has a valuable opportunity to restore investor confidence and Brazil’s positioning in global markets. The best way to achieve these goals is through smart commercial diplomacy and economic pragmatism, which can serve as the guiding principles for the new administration’s foreign policy agenda.

Carolina Costa is a regional director at the Brazil and Southern Cone practice of McLarty Associates, a Washington-based strategic advisory firm, where she advises multinationals on their investments and the region’s business and political environments. She is a Global Governance Futures 2030 fellow. The views expressed here are her own.