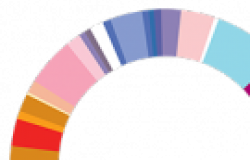 This year the Global Leadership Initiative at the University of Sheffield led by Dr Chay Brooks and Prof Tim Vorley have taken a team of social scientists acting as policy analysts at the Global Entrepreneurship Congress (GEC) 2016 in Medellin. This post is part of a series of a series of blogs, opinion pieces and policy briefings from the summit.

“Long term economic plan” – the Conservative government’s favourite sound bite, repeated time and time again in the Commons, featuring a mere five sentences into the 2016 Budget. But to what extent are the current government’s policies actually set to achieve long term sustainable growth?

Governments across the world all face the common challenge of achieving growth in a sustainable way. The Global Entrepreneurial Congress (GEC) 2016 took place in Medellin, Colombia; a symbol to the network of policymakers, academics and entrepreneurs present that entrepreneurship is no longer a western phenomenon, following an intense period of innovation fuelled expansion and regeneration in the city previously known as the home-turf of Pablo Escobar. This article will challenge the relevance of this symbolic gesture by the GEC, suggesting that the entrepreneurship fuelled economic growth spurt, however positive for Colombia, does not provide a relevant manual for policymakers in developed countries as it is not a lever for long-run growth.

Ask an economist how to achieve this goal and the majority will tell you expanding productivity is the answer. Yet in the Budget 2016 Osbourne announced that the government will “accelerate capital investment”, essentially investing to a greater degree in capital as a source of economic growth. All this whilst the nagging problem of flat-lining productivity in the United Kingdom persists. This contradicts how economic theory advises policymakers pursue long run growth. Capital investment becomes ever more unsatisfactory as a lever for sustainable growth because at higher levels of capital, additional investment contributes less and less to GDP and growth. Therefore, as an economy approaches higher levels of capital, policymakers should shift towards improving productivity in order to offset the declining returns to capital accumulation and avoid stagnating growth.

“Innovation” – A lesson from the private sector

In the private sector, “innovation” is the word of the moment. A movement towards pursuing innovation to revolutionise practices, execution and output. Innovation is the common denominator that underpins long-run success and sustainable growth at a micro-scale. Therefore, the question to ask is whether the pursuit of innovation is a suitable goal for government - does the private sector provide a relevant “lessons learnt” framework for the public sector? If so, then is this synonymous with promoting entrepreneurship, the fuel that the economy of Medellin has benefitted from over recent decades, and the lever that the GEC would recommend policymakers pursue.

Historically, many economists took the view that innovation just “happened”. Technological advancement was recognised to play an important role in improving the macro-position of the economy, however this effect was exogenous from the system over which government policy can influence. Now the view is changing; economists recognise that innovation is in fact a powerful leverage tool for the government to drive GDP and long term growth.

Using the term innovation capital; the sum value of innovation related assets that contribute to productivity growth through driving labour productivity growth, it follows that investing in the component parts of innovation capital will pay dividends through economic growth. The read across of this to government can filter through two channels; the first is regarding the mentality of the government, developing the public sector human capital stock. The second works through government intervention policies, developing the knowledge capital of private sector firms. In effect the government can be innovative or promote innovation in the market.

Innovation is essentially the act of finding a more and more efficient solution to solve the problem at hand. By this definition it is clear that governments should want to pursue this mentality at all times. Yet governments tend to be seen as stuffy and outdated, not pushing the boundaries of innovation. This may be because, in comparisons to the private sector where companies at all times are attempting to streamline production in order to reduce costs and maximise revenues, government does not face this same incentive. Further to this, the widespread public expectation of government is reliability, this almost directly antagonises a culture of innovation because individuals are unused to taking risks or trying new creative approaches to problem solving. So there is a lack of incentives coupled with an entrenched culture that opposes innovation, so how can an innovative mentality be adopted by government?

The answer stems back to the interplay of culture and innovation. If sustained innovation is the goal, then an incubating environment needs to be created with innovation at the core. By changing culture, it is possible to not only shock the organisational structure in a short-run capacity, but in a meaningful way that creates a path to a new equilibrium, a new innovative cultural status quo.

Research has found that innovation investments through the human capital stream generate higher marginal returns than the knowledge capital stream, particularly in economies with a strong services sector such as the UK. The reason for this is the intangible but critical changes to organisational culture which, although hard to pin down, catalyse value added through fostering the entrepreneurial mind-set.

The difficulty for government is that, although it is easy to identify the benefits of encouraging innovation; which taking a long-run perspective requires a cultural shift, the intangibility of this innovation capital makes it difficult to map the way in which this can be achieved in practice.

From this it follows that a more tangible government approach for expanding productivity through innovation needs to be considered. Although shown to have lower returns than human innovation investment, it may be that developing a framework of intervention policies that promote knowledge capital may be preferable in practice.

The specific private sector lever the government could target is research and development. R&D, funded by business or government is the development of new knowledge, techniques and technologies. This allows the same quantity of output to be produced with less input. R&D is in this sense effectively the action taken that captures “innovation”, thereby increasing productivity.

Analysing R&D as a percentage of GDP, also referred to as R&D intensity, those countries such as China who are investing ever more in R&D as captured through increasing R&D intensity are experiencing the benefits of elevated levels of growth in the short run. However further to this, studies have shown that the greatest returns to R&D occur in the medium to long run where this form of investment generates indirect economic gains up to two or three times over.

However, are these indirect economic gains sufficient incentive for government intervention which is usually reserved for when there is a market failure due to private and social costs and benefits not aligning. In this context this question need not be asked as the Institute of Fiscal Studies have shown that the social returns of R&D are substantially above the private returns experienced by those investing. This demonstrates that as well as being an important driver in economic short and long term growth, government have further incentives to intervene in order to align private incentives for R&D with the optimal level at the social rate of return.

Government has a number of policy tools to support R&D. The first are ensuring the institutions in place supports private firm’s investment in R&D. An example would be fair and enforced property rights to ensure the appropriable value of knowledge and technology development and accumulation is not eroded.

Further methods of intervention include direct subsidies which decrease the private costs associated with R&D therefore bringing them into line with the socially optimal point. This intervention policy would theoretically allow a level of government control over which sectors are developed through R&D; government could choose those markets with strong backwards links so as to bring other sectors which them through demand links. Alternatively, government may choose sectors which either due to large associated costs or degrees of uncertainty are less attractive to private investors and therefore underdeveloped. Along similar lines as providing subsidies, government could choose to promote R&D through tax incentives, which again could be targeted at certain sectors, or could generally act as a blanket for all R&D across the economy.

There are further interventionist policies that government could choose to pursue such as personnel-based schemes which reduce the costs of hiring highly skilled personnel more likely to contribute to effective R&D in a company. Other policies may seek to increase connectivity across private firms, or the private-public boundaries; fostering knowledge, skill and technology transfers and exchanges.

What should a “long term economic plan” consist of?

This article began by suggesting that policymakers with the objective of long-run growth will use different levers compared to developing regions. Pointing to Medellin, a city that has greatly benefitted from entrepreneurship, it was suggested that the observed vast expansion of economic growth does not justify the tools used by policymakers in this instance to be suitable for policymakers in developed countries, such as the UK, to pursue.

Overall, with long-run growth as the objective, it would be most suitable for a policy mix of direct and indirect instruments to be used by government to promote innovation through R&D. As in any “real world” setting, this policy mix would need to be flexible in order to allow the incentive based schemes to be shifted to the areas of economic importance to ensure ongoing economic stimulus.

What is clear within economics is that innovation is an important driver for economic growth. In the short run innovation contributes directly to GDP, then in the long run developing productivity which is the ultimate source of long run growth. Despite strong messages from the economists and from data, the UK has demonstrated a flat-lining trend in R&D intensity as measured by the World Bank, and may in fact be showing signs of decreasing investment in R&D since the global recession of 2008. This coupled with the policy choices recently made by government regarding capital accumulation expansion do not seem to support a priority of increasing the country’s productivity.

The message seems relatively clear; innovation can be seen as synonymous with expansion of productivity. This is necessary for long run economic growth, therefore expanding productivity should be a pillar of any government’s “long term economic plan”.

Fourth of July Thoughts: The Bent Key of the U.S. Supreme Court