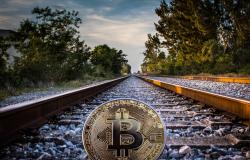 Iwa Salami reports on countries relaxing cryptocurrency regulations in the wake of COVID-19 and what this may mean for the technology's future.

Anyone holding bitcoin would have watched the market with alarm in recent weeks. The virtual currency, whose price other cryptocurrencies like ethereum and litecoin largely follow, plummeted from more than US$10,000 (£8,206) in mid-February to briefly below US$4,000 on March 13. Despite recovering to the mid-US$6,000s at the time of writing, some doomsayers have even wondered whether bitcoin will soon spiral back into three figures.

To add to the gloom, these shifts have broadly mimicked those of stock markets as investors first panicked about coronavirus only to be somewhat reassured by the US government’s US$2 trillion fiscal stimulus package to reactivate the economy. This similar pattern has cast doubt on a common belief in the cryptocurrency industry that these assets would act as a “safe haven” during a downturn by moving in the opposite direction to the market as a whole. For many crypto-enthusiasts, this was one of the main attractions to buying these currencies.

Yet while this has been unfolding, a more encouraging trend has attracted much less attention. Having banned cryptocurrencies in the past, or refused to acknowledge them as money, various countries have suddenly started recognising them in their financial laws and courts. This could well mark an important shift for these digital assets towards the mainstream.

The motivation for these shifts has been new global standards for anti-money laundering and counter terrorism set by global watchdog the Financial Actions Task Force (FATF). The rules provide a useful know-your-customer/anti-money laundering framework for cryptocurrency transactions which did not exist previously and were the reason why many countries did not allow them.

On February 26, a French court ruled that a loan involving bitcoin was a consumer loan. This meant placing bitcoin in the same bracket as money and other financial assets in France for the first time, reassuring users that they will enjoy the same protections under the law.

Two days later, the financial services regulator in Abu Dhabi amended its virtual asset legislation to align with the FATF standards. Germany’s financial regulator, BaFin, followed suit on March 2, shortly followed by South Korea’s lawmakers. Having banned anonymous cryptocurrency transactions several years earlier, this is a complete change of direction from Seoul. Among other things, exchanges will have to open a real-name bank account with an authorised Korean bank, which should reassure many investors that they can be used safely.

India made a comparable U-turn on March 10 when its supreme court overturned the central bank’s 2018 ban on banks transacting with cryptocurrency firms. This move had led to a drastic fall in the use of cryptocurrencies in the country.

Finally, on March 16 Zimbabwe announced it is developing a regulatory framework for cryptocurrencies that will establish a clear procedure for firms to become compliant with the country’s financial regulations and therefore to be allowed to do business with banks. This, too, reversed a 2018 ban.

Most of these moves have been made ahead of a June deadline to get in line with the FATF standards. A total of 37 countries are FATF members, including the UK and US, and more are expected to sign up to the same rules in the coming months.

So while many investors in bitcoin and other cryptocurrencies will have incurred huge losses in the past month, the status of this asset class within mainstream finance looks increasingly assured. The new rules clarify the status of cryptocurrency exchanges and other firms providing services in this space, making it much easier for them to transact with banks – and by extension, everyone else.

It almost certainly means that bitcoin and other cryptocurrencies will probably not be killed off by the COVID-19 crisis or indeed any other market event. With the growing market in crypto lending, these services look pivotally positioned to replace traditional banking services in the coming years. If more countries make similar moves to the ones I’ve highlighted above, crypto-assets could even become entrenched in the financial mainstream very soon.

The only caveat is that this is far from what the creators of the crypto movement foresaw when bitcoin was originally launched in 2009. Bitcoin was supposed to liberate the world from the financial system and the elites that control it. Now it is well on the way to being embraced by them instead.

Dr Iwa Salami is a senior lecturer in commercial law and financial law and regulation at the Royal Docks School of Business and Law, where she is also Research Degrees Leader. She has also lectured at Queen Mary, University of London.

This first appeared on The Conversation and was reposted under a creative commons licence.