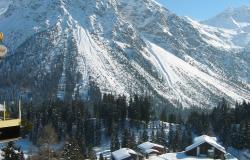 That was Sir David Attenborough's verdict on the destruction we have caused to the natural world, as climate change and the loss of biodiversity dominated the discussions this week.

The broadcaster, whose documentaries have inspired a love of wildlife for decades, offered some hope: humans are a “problem-solving species,” he said. Read about positive action to help the planet here - and listen to a warning from Kristalina Georgieva, Chief Executive Officer of the World Bank.

2. A new path for Venezuela?

At Davos, the leaders of Brazil, Colombia and Peru, along with the Foreign Minister of Canada, used a joint statement to offer their countries’ backing to Mr Juan Guiado, leader of Venezuela’s opposition-controlled Parliament after he had declared himself Interim President. A day earlier, Paraguayan President Mario Abdo Benítez, called on Mr Guiado to take action.

In a session on the future of the crisis-struck economy, experts discussed the next steps for Venezuela – and hopes for a different future.

3. Trade tensions take a toll on the global economy

The IMF cut its growth forecast for economic growth, painting a picture of weakening momentum, rising uncertainty and trade tensions. Here, Christine Lagarde, Managing Director of the IMF, explains why the world economy is like cross country skiing: it helps if everyone sticks to the same tracks.

China's Vice-President Wang Qishan talked about the importance of multilateralism and dialogue, while giving an upbeat assessment of China's economy, saying it will continue to achieve sustainable growth. You can watch his full speech below.

In an address by video link, US Secretary of State Michael Pompeo struck a positive note for the resolution of America's trade dispute with China. “There are those who say that a superpower conflict between our countries is inevitable. We don’t see it that way,” he said.

4. New Zealand has a well-being budget

"We need to address the societal well-being of our nation, not just the economic well-being,” she said during a discussion on More than GDP.

This means that from 2019, her government will present a “well-being budget” to gauge the long-term impact of policy on the quality of people’s lives.

‘Womenomics’ had helped pull Japan back from the brink, declared Prime Minister Shinzo Abe. Two million women had entered the workforce since 2012, boosting the economy.

“A long-awaited positive feedback cycle is taking root, with growth in employment and income generating greater demand and even more employment.”

"We've got the skills, we've got the technology, we should now have the courage to be ahead of the curve," said South Africa's President Cyril Ramaphosa. The technologies of the Fourth Industrial Revolution, such as AI and blockchain, would allow the continent to "leapfrog" ahead.

7. A plea for an end to refugee camps

Mohammed Hassan Mohamud, a Somalian refugee who has spent the last 20 years living as a displaced person in Kenya, delivered one of the most sobering speeches of the week.

He is one of six Millennial Co-Chairs of Davos 2019.

8. Three different visions for the future of Europe

Three political leaders took to the centre stage at the Congress Hall on Wednesday. Each of them outlined their vision for the future of the Europe.

Italy's Giuseppe Conte said his country would give more power to the people to counter a sense of despair amongst the middle classes.

Spain's Pedro Sánchez urged delegates to to remember that the economy should always be at the service of the people.

And Germany's Angela Merkel gave a robust defence of the global institutions, reminding people of how much progress has been made over the past 50 years.