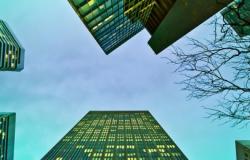 Economists Justin Lin and Wang Yan are the authors of this first commentary in the Emerging Global Governance (EGG) series. Their piece details the key shifts in the global economic landscape and comments on how the emergence of new institutions reflects this reality.

The existing global governance system is 70 years old. In order to discuss “Emerging Global Governance”, we must look at the experiences of the past 70 years. As reflected in recent political debates in Europe and in the United States, as well as the initial impact of the Brexit, most people would agree that the existing global governance system is out of date and far from satisfactory. It was established in the 1940s, right after the Second World War, and has been dominated by high-income industrialized powers, especially the United States. The design of the Bretton Woods system, specifically, the governance structure, reflects the post WWII economic and political power structure, and the policies reflect the mainstream economic theories that prevailed in the same set of powerful countries during the 70 years’ history.

Many observers agree that the second half of the twentieth century can be broadly characterized by divergence between high-income countries and the developing world, with only a limited number (less than 10% of the economies in the world) managing to progress out of lower or middle-income status to high-income status (Lin and Rosenblatt 2012). The ideas that were put into practice by the existing Bretton Woods institutions did not effectively help the majority of developing countries to close the gap[s] with developed countries. Many of these countries are still beset by poverty, unemployment, instability and frequently by crisis.

Traditional North-South aid with conditionality has been insufficient and ineffective, because it failed to address the bottlenecks for structural transformation and industrial upgrading, as we discuss in our forthcoming book, Going Beyond Aid: Development Cooperation for Structural Transformation. In some cases Washington-based development institutions imposed conditions on developing countries without sufficient respect to country ownership and country specificities. And they have made many misguided policy recommendations. Many of these misguided policies (such as “complete capital account liberalization”) were heavily influenced by the interests and ideas of the industrialized powers.

Only a select group of the emerging and developing countries have succeeded in catching up or closing the gap with the developed countries in the last several decades, such as the Republic of Korea, Singapore, and more recently, China. They did not follow the mainstream development idea of import substitution strategy or the transition idea of shock therapy, advocated by the existing Washington-based development institutions in the 1950s and 1980s. Instead they adopted an export promotion strategy for development and a pragmatic, gradual approach for transition.

In the last-two decades, the global economic landscape has changed quite profoundly. Eight years after the 2008-09 global financial crisis , global economic growth is still anemic. The mainstream Keynesian-style macroeconomic policy measures seem to have run into a dead-end with negative interest rates in Japan and Europe. At the same time, the global economy continues to shift toward a multipolar world with China accounting for 17% of global GDP – a share that is higher than that of the United States in PPP terms. The center of gravity in the global economy is moving to Asia. Geographically, Asia commands the largest landmass on earth. Asia has the largest population including a rising share of middle-class in China, India and Russia. The Chinese economy served as the strongest pillar during the global recession, and without its contributions to growth, world-wide, the global recession would have turned into global depression. Recently, India’s growth rate has surpassed China, and it has the potential to grow even faster. Nonetheless, China’s economic contributions to global growth will remain large. Due to the size of China’s national economy of $11 trillion dollars, even with its growth slowing to 6.9 percent in 2015, the increment of GDP that it added to the world was around $760 billion, or another “Turkey”. China’s middle class has grown to over 109 million people, exceeding that of the United States at 92 million. China’s middle class makes up a large portion of the representing expanding demand for high quality consumer goods.

Despite the increasingly strong headwinds in the global macro environment after the Brexit, China is expected to remain one of the main drivers of global growth and the anchors of global stability (G-20 fin ministers’ meeting held in Chengdu). China has also been the largest trading nation in the world since 2013. Its exports and imports contributed 13.8 percent to the global trade total in 2015. China’s outward direct investment reached a record $128 billion dollars in 2015 (MOFCOM data), and has continued to rise during the first quarter of this year in the form of M&A and greenfield investment. It is now the third largest source of Outward Direct Investment and given time it is expected to become the largest source of ODI. Much of the investment has been directed at the manufacturing sectors and large-scale infrastructure, helping to release the bottlenecks of growth in a number of developing countries.

There is a need to democratize the global governance architecture so as to reflect the new global economic landscape. However, the reform of the existing global governance arranements is turning out to be a slow and frustrating process, as seen in the much belated approval of the IMF quota reform by the US Congress. As such, the new, emerging elements of global governance, the Asian Infrastructure Investment Bank (AIIB) and the New Development Bank (NDB), initiated by the emerging market economies should be welcomed. They will not only bring competition to the Bretton Woods Institutions by “doing different things in different ways”, but will also provide new ideas and experiences that are generated from the emerging market economies themselves, which may turn out to be more effective in helping developing countries to achieve the Sustainable Development Goals (SDGs) by 2030.

The new reality is that we are observing the gradual multi-polarization of the global governance system, as reflected by the IMF quota reforms, the inclusion of the Chinese currency the Renminbi, or RMB) in the SDR currency basket, and the establishment of AIIB and the BRICS-led NDB. Inevitably, new instruments such as SDR denominated bonds and new institutions of global governance will continue to emerge (See G-20 summit in September in Hangzhou China). We are cautiously optimistic that a common ground can be found for partners from the North and the South to work together toward a more balanced, multipolar, and democratized global governance architecture for a more sustainable and peaceful world.

Justin Yifu Lin, a former Chief Economist and Senior Vice President at the World Bank, is the Director of the Center for New Structure Economics, Dean of the Institute of South-South Cooperation and Development at Peking University, and the founding director of the China Center for Economic Research. Wang Yan is currently a visiting professor at George Washington University, Deputy Director of the International Financial Forum Institute, and Senior Fellow, National School of Development, Peking University. She previously worked as Senior Economist and Team Leader in the World Bank for 20 years, working with governments and the private sector in emerging market economies. To find out more about the EGG project, please click here.