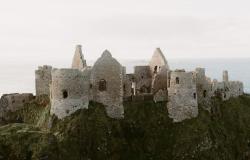 The Covid-19 pandemic has led to several European governments implementing measures to protect their domestic industries. But are these actions pragmatic responses to the crisis or a form of economic nationalism? Nils Oellerich argues that accusations of economic nationalism are often rooted in a misunderstanding of nationalist ideology that fails to do justice to the different political objectives pursued by left-wing and right-wing political forces.

Whenever governments urge their citizens to ‘buy local’ or proclaim any ostentatious initiative that favours domestic markets, producers, or workers, commentators are quick to characterise these initiatives as a form of ‘economic nationalism’. Often, the presumption is that nationalism is an ideology one must unequivocally oppose – and so are the economic policies associated with it.

The Covid-19 crisis and its aftermath are rife with examples. Emmanuel Macron has been labelled a nationalist for suggesting French supermarkets should sell only local produce, while Germany attracted the same tag for setting up a bailout fund for struggling domestic companies during the pandemic. A similar logic is extending to the US, where, in the midst of President Joe Biden announcing his ‘American Rescue Plan’, liberal observers saw similarities to the Trump-style economic nationalism of the previous years, broadly consisting of the cancellation of various free trade agreements. Even commentators that generally agree with the Biden administration’s plan to strengthen domestic manufacturing, like economist Paul Krugman, see a continuation of economic nationalism, albeit in a different form.

While different ideological camps’ verdicts on these packages, on a policy-level, differ decisively, they agree in their conclusion that these actions are nationalist. The common theme is that any economic policy that significantly deviates from a policy doctrine that can be broadly understood as ‘liberal’ is a form of economic nationalism. The problem with this commentary is not only the questionable assessment of the policies in question, but that it is built on a fundamental mischaracterisation of nationalist ideology. It rests on a kind of ‘horseshoe theory’ of economic policy, which posits that those on the far left and far right, far from sitting at opposite ends of the policy spectrum, have relatively similar positions.

Nationalism is a political ideology and can be identified according to the belief-systems and ideational elements that are associated with historically nationalist political movements. According to one of its most famous definitions, by the sociologist Anthony D. Smith, nationalism entails a strong focus on national autonomy, national unity, and national identity. These elements can be witnessed in party manifestoes, speeches or other indications of the ideological disposition of politicians, parties, and other political movements.

While economic nationalism is still widely used as the simple antithesis to economic liberalism, there are good reasons to conceive of it as an ideology similar to nationalism itself. This means that policies cannot be deemed nationalist because they deviate from economic liberalism but because they are motivated and legitimised by nationalist ideology. This idea has been promoted over the course of the last 20 years by social scientists such as Rawi Abdelal and Eric Helleiner.

As such, it should be understood that economic nationalism can manifest itself through a variety of policy-programmes. As Stephen Shulman shows, following 1989, nationalists in Ukraine promoted European integration and close links to the West in order to achieve national autonomy (from Russia). Similarly, the Mexican Institutional Revolutionary Party, in power for more than seven decades, drew on nationalist discourses to legitimise a severe austerity programme in the early 1980s, as revealed by Randal Sheppard. Neither of the two policies are conventionally understood as belonging to the toolbox of economic nationalists.

When economic nationalism is understood in this way, the notion that, for example, withdrawing from a free trade agreement necessarily amounts to a form of economic nationalism becomes highly illogical. Socialist governments can of course also withdraw from free trade agreements, and this could be entirely consistent with their ideological underpinnings. Socialists do not, however, typically invoke the importance of national unity, autonomy, or identity in the pursuit of their political objectives (there are of course exceptions to that rule). In fact, the nation is not even a central category in socialist political discourse ­­– that category is class.

The use of nationalism when describing supposed unorthodoxies in economic policymaking is not always an accidental conflation. It may serve to subtly colour those that try to re-establish state intervention as a legitimate tool to steer economic development as inevitably backwards. Claiming that increasing state-support of local production capacities is nationalist closes the door to a debate about desirable political ends and viable tools to achieve these ends by implying that the very idea of expanding state intervention is a relic of a long-gone era associated with, at best, conservativism and, at worst, ethnocentrism. It does not matter if such proposals are advocated for and implemented by the right or the left; the nationalism-claim suggests that the policy tools of both political movements are essentially the same and the only moderate, that is legitimate, option is the retention of the status quo.

This horseshoe-type conception of economic policy does not account for one stand-out feature of nationalist ideology and the policy programmes they typically employ. When nationalists announce and implement a major redistribution of resources, this is to the benefit of national insiders. Often these insiders are defined in very conservative terms and include married couples with children or the so-called ‘deserving poor’. It excludes all that deviate from the nationalist’s idea of a common identity, such as immigrants, non-married women or the alleged ‘idle poor’. Failing to point out these differences is not only disingenuous but does major damage to a political discourse that is already riddled with false equivalences and fundamental misunderstandings of simple political positions.

Nils Oellerich is a PhD candidate and Researcher in the Department of Social and Political Sciences at the European University Institute.

This first appeared on the LSE's blogs page. Note: This article gives the views of the author, not the position of EUROPP – European Politics and Policy or the London School of Economics.

Photo by Iain from Pexels

How the Global Feminist Movement can Recover from COVID-19