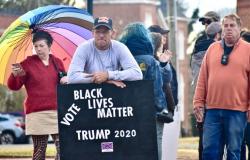 The resurgence of far-right populism, from Brazil to Europe to India and the US, presents a challenge to NGOs unforeseen even a few years ago. The common thread of ethno-nationalism, coupled with calls to revive traditional gender roles and values, is making it harder to protect refugees and ethnic minorities, advance gender justice, and tackle climate change.

Even education isn’t immune to the far-right threat. In 2018, Hungary’s Viktor Orban directed his government to meddle in the country’s higher learning institutions and ban gender studies. The government’s official statement said that, “people are born either male or female… and we do not consider it acceptable for us to talk about socially-constructed genders, rather than biological sexes.”

Why would a national leader (even an illiberal authoritarian like Orban) take such an extraordinary step? Because gender studies threatens the far-right’s core convictions about the naturalness of the so-called traditional family. The threat is palpable to the far-right because the traditional, heteronormative family is understood as the basis of all social and political institutions, especially the nation-state itself. The fixation on this threat to the traditional family allows the far-right to pivot toward xenophobia, immigration control, and challenging the rights of those not among the ethnic majority.

For social justice NGOs, the far-right’s war on what it labels “gender ideology” threatens a broad agenda: at stake are advances made to legalize same-sex marriage, achieve gender wage parity, access contraception and abortion services, balance care work with greater feminization of the economy, and end discrimination against LGBTQI persons. Importantly, challenging the far-right’s war on gender is equally central to advancing racial justice, ensuring the rights of refugees and migrants, and promoting inclusive and sustainable societies.

Masculinities and the Rhetoric of the Far-Right

Despite the far-right’s war on gender, it appeals to the public rely significantly on gender tropes. In particular, its language for recruiting supporters and promoting agendas swirls with allegories about masculinity – and what it ‘means to be a man.’

Racialized masculinities fixate on borders, border-control, cultural boundaries and exclusions that are seen as necessary to keep the nation safe from the barbarous Other.

Narratives centering on Male Exclusion originated in the so-called “men’s rights” movement in the 1980s and 1990s. The core of this narrative is that changing social norms, globalization, and workforce feminization are responsible for men’s abuse, disempowerment, and exclusion.

But these tropes reserve a special scorn for feminism for its supposed gender specific injuries to men.

Feminism is not only a crisis for men, these narratives suggest, it is an existential crisis for society. While the barbarous masculinities of the ethnic “minority” pose a threat to the nation-family from outside, feminism is the more sinister internal poison. Feminism diminishes the vaulted status of men comprising the ethnic majority by challenging the established social and racial hierarchy. Doing so undermines the sanctity of the traditional heteronormative family, and therefore weakens the foundation of the social order underpinning the nation-state.

Lastly, misogynistic masculinities refer to the increasing personal attacks on women and the LGBTQI community in the “manosphere” – the collection of websites, forums, and blogs focused on men’s wounds, fighting feminism, and normalizing misogynistic views.

Though the alt-right’s white nationalist rhetoric was always imbued with idealized notions of the patriarchal family structure, the manosphere seems to be shifting their discourse on women and feminism to more extreme positions.

In this cesspool of the internet, women are regularly deemed absurd, spiteful, and secretly desiring men to dominate them. We find these narratives also in the public declarations of misogyny by far-right politicians like Trump – who calls women “fat pigs”, “dogs”, and “slobs.”

How Should NGOs Challenge the Far Right?

There are a number of steps NGOs can take. They entail confronting far-right tropes and appeals within the range of issues we work on. This includes combatting nationalism and xenophobia in work with migrants and marginalized persons, but also identifying and challenging such narratives within the terrains of care work, sexual and reproductive rights, and gender-based violence.

This post first appeared on From Poverty to Power.