By Andreas Antoniades and Stefanie Ortmann - 05 May 2022 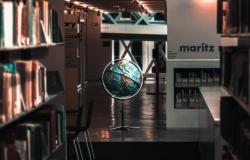 Andreas Antoniades and Stefanie Ortmann remind us that Russia’s war in Ukraine has set in motion broader systemic dynamics that the world will need answers for regardless of the conflict's hoped for end.

Russia’s war of aggression in Ukraine is a danger to global stability, prosperity and wellbeing at multiple levels. The war is threatening the survival of Ukraine and has already led to horrendous atrocities. It has also triggered or exacerbated a number of destabilising dynamics. Global shortages in food and energy, disrupted global production and trade lines, and the resulting exacerbation of poverty and hunger may all combine into a global domino effect of social unrest, humanitarian emergencies, and the renewed danger of military escalation elsewhere in the world. At the same time, the war and its geopolitical repercussions risk endangering ongoing efforts to deal with climate change and avoid an environmental collapse.

The main priority now must be to take any measures necessary to protect and support Ukraine and its people. Yet, beyond this imperative, there currently seems to be a lack of comprehensive thinking of how to manage the potential longer-term global fallout from this conflict.

Deglobalisation dynamics were already at play before the war – most recently, the pandemic has shown the vulnerability of large Western economies to global supply chain crises. The geo-economic effects of Russia’s assault, if left uncontrolled, have the capacity to lead to destabilising global economic disintegration. Potentially, one of the first cracks would be the re-distribution of global financial ‘safe assets’ along new geopolitical divisions. This could trigger a wider economic disentanglement between the G7 and emerging powers. If this economic decoupling took place, it would exacerbate and solidify a new global geopolitical rupture and rivalry. The fault-lines created by Russia’s war of aggression in Ukraine would then have succeeded in thrashing the already fragile veneer that keeps global peace and global governance structures together.

In this context, there is reason to be sceptical of a resurrection of the Cold War imaginary of ‘the West’, especially if accompanied by a binary approach to global politics that declares a battle of democracies against autocracy to be the central task of our time. The Russian invasion seems set to intensify a re-militarisation of global politics that could exacerbate global instability and divert focus and energy from the urgent need for global cooperation to tackle climate change and meet the Sustainable Development Goals adopted by the United Nations in 2015. These goals are the only way to bring the planet back to a socio-environmentally sustainable path, and as the recent IPCC report has shown, there needs to be immediate action on a global scale if environmental catastrophe is to be avoided. Adjustments need to happen now, and they are only achievable through global cooperation. A new global Cold War under the current conditions of environmental crisis would dangerously exacerbate the main existential threat ahead of us.

Therefore, it is a key question how we can prevent the new fault-lines triggered by this illegal war from getting out of control, endangering global peace and prosperity and the urgently needed transition to global socio-environmental sustainability. New geopolitical and geoeconomic divisions would have a disproportionate effect on the global poor and the urgent task of a globally coordinated response to climate change. To simply let this happen, that is to let the war in Ukraine morph into a more permanent ‘new global Cold War’ order, therefore represents a significant threat for our future on this planet.

Returning to the ‘West’ as a strategic reference object risks narrowing down the fallout from the invasion and war in Ukraine to a clash between the West and Russia, while focussing attention away from the globally entangled nature of the climate crisis and other global threats such as pandemics. It estranges the largest part of the global population. It is also an impediment to demands for decolonising global knowledge, policies and structures that are on the rise globally. Instead of resurrecting ‘the West’ as a geopolitical actor, we need to use this crisis as an opportunity to rebuild and re-energise structures of global governance that are urgently needed to deal with the planetary existential threats ahead of us.

To sum up, it is already clear that Russia’s war in Ukraine has set in motion broader systemic dynamics. The outcome of these dynamics is not predetermined – it will depend on how we, as an international community, respond to this assault. A revival of ‘the West’ as a geopolitical actor, via the trope of a ‘new Cold War’, is the wrong path to take. It could cement geopolitical fault-lines, destabilise the global economy and endanger the urgently needed transition to socio-environmental sustainability. These processes could undermine existing systems of global governance and render the urgent task of enhanced global cooperation to avert the threat of climate catastrophe much more difficult, if not impossible. The need for preserving and indeed strengthening a global framework for tackling climate change and maintaining Sustainable Development Goals should be at the forefront of our thinking about managing the longer-term fallout from this war.

Brazil's insurgency should serve as warning to the Global South: The West will not protect us

Regulating humanity's impact on the earth: The promise of transnational environmental law